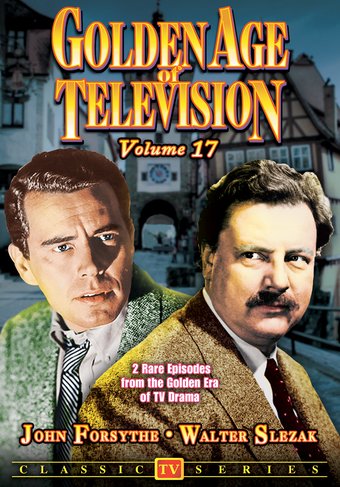 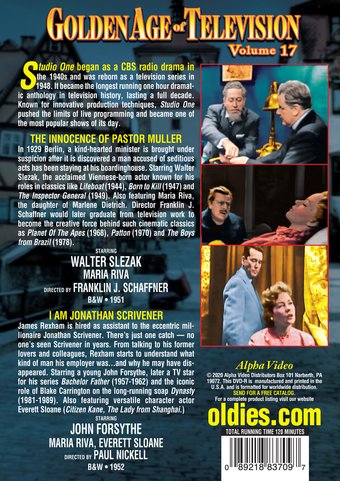 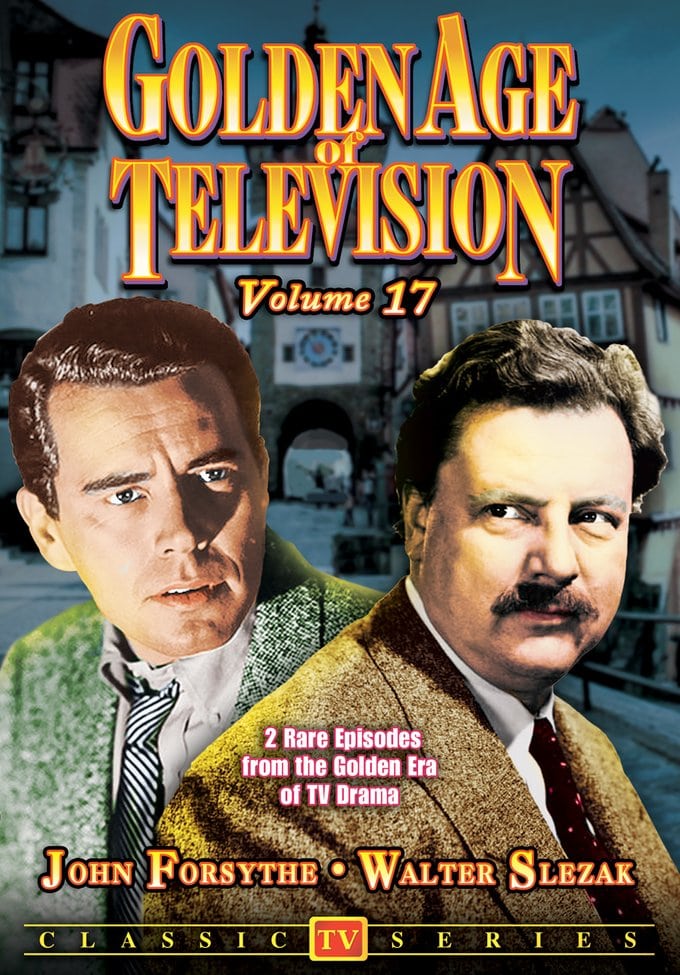 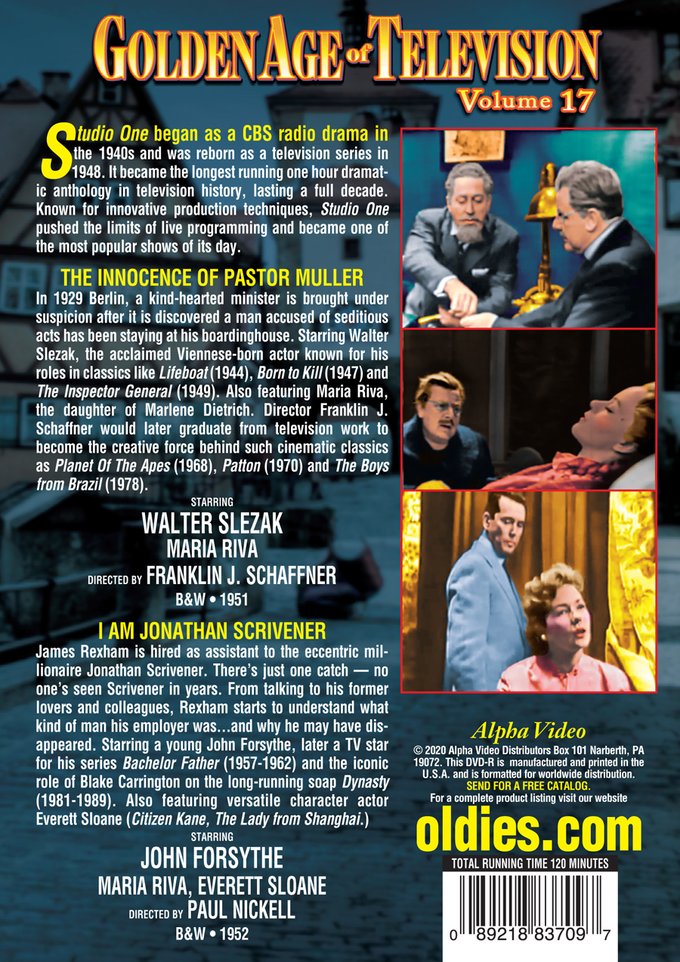 Studio One began as a CBS radio drama in the 1940s and was reborn as a television series in 1948. It became the longest running one hour dramatic anthology in television history, lasting a full decade. Known for innovative production techniques, Studio One pushed the limits of live programming and became one of the most popular shows of its day.

THE INNOCENCE OF PASTOR MULLER: In 1929 Berlin, a kind-hearted minister is brought under suspicion after it is discovered a man accused of seditious acts has been staying at his boardinghouse. Starring Walter Slezak, the acclaimed Viennese-born actor known for his roles in classics like Lifeboat (1944), Born to Kill (1947) and The Inspector General (1949). Also featuring Maria Riva, the daughter of Marlene Dietrich. Director Franklin J. Schaffner would later graduate from television work to become the creative force behind such cinematic classics as Planet Of The Apes (1968), Patton (1970) and The Boys from Brazil (1978).

I AM JONATHAN SCRIVENER: James Rexham is hired as assistant to the eccentric millionaire Jonathan Scrivener. There's just one catch - no one's seen Scrivener in years. From talking to his former lovers and colleagues, Rexham starts to understand what kind of man his employer was...and why he may have disappeared. Starring a young John Forsythe, later a TV star for his series Bachelor Father (1957-1962) and the iconic role of Blake Carrington on the long-running soap Dynasty (1981-1989). Also featuring versatile character actor Everett Sloane (Citizen Kane, The Lady from Shanghai.)