All is not well in Toyland. 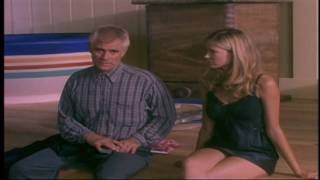 "You're letting the toys win!" (Judith Grey to the police arresting her)
"Would I be a babe on Arturos'" (Nurse Ginger to Brick Bardo)
"Come on, lady. This whole thing sounds crazy. Toys that come to life and kill people to help a demon from hell'" (Nurse Ginger to Judith Grey)

A 13-inch tall cop from another planet teams up with a female "Dirty Harry" and a nurse who's been shrunk to his size, to fight toys that have been possessed by a demon.

Puppet Master 5: The Final Chapter
$5.98 on Sale
Add to Cart