He Who Gets Slapped (Silent)

Lon Chaney gives a career-best performance in this heart-rending adaptation of the famous stage play.

3.5K ratings
Available: Usually ships in 2-5 business days
Add to Cart
Add to Wishlist
Format:  DVD-R
item number:  ALP 8368D
Also released as:
He Who Gets Slapped (Silent) for $11.10
Our customers love us! 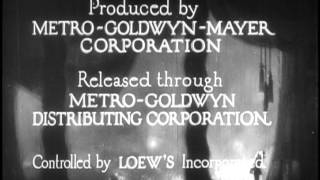 He who gets slapped intro lg (Clip)

Paul Beaumont is a young and idealistic scientist on the verge of a major breakthrough. For years, his research has been funded by the wealthy Baron Regnard. On the day he is to announce his findings to the Academy of Science, the Baron steals his papers and presents them as his own. All of Beaumont's protests to the contrary are met with laughter and derision. Humiliated, he retreats into a world of anonymity and self-pity. Years later he is working as a circus clown, one whose specialty is being slapped onstage in a symbolic recreation of his treatment by the Academy of Science. The only light in his life is Consuelo, a beautiful horseback rider whom he loves from afar. When he discovers that she is being romanced by none other than the Baron, the same man who ruined him, the lovesick clown becomes consumed by a desire for revenge…

One of the great classics of the silent era, He Who Gets Slapped is considered by many to be Lon Chaney's best film. Based on the Russian play by Leonid Andreyev, this was the first movie entirely produced by the newly founded studio Metro-Goldwyn-Mayer. Chaney was at the time in the middle of his 10-film collaboration with director Tod Browning, which produced such classics as The Penalty (1920), The Unknown (1927) and West of Zanzibar (1928). However, He Who Gets Slapped was directed by Swedish filmmaker Victor Sjöström (as Victor Seastrom) who brought a complexity to Chaney's performance that Browning may have been incapable of. Playing Chaney's object of affection is a recently discovered, 22-year-old Norma Shearer. She would make quite an impression on "Boy Wonder" MGM exec Irving Thalberg, who married the actress in 1927. Her marriage to Thalberg guaranteed Shearer juicy parts, and after the arrival of sound, she carved out a career playing strong, sexually liberated women in classic films such as The Divorcee (1930) and A Free Soul (1931). Actor John Gilbert is known as "The Great Lover" for his romantic roles in The Merry Widow (1925) and Flesh and the Devil (1926). He Who Gets Slapped was a major success for MGM, grossing over $800,000, establishing the fledgling studio as a force to be reckoned with and furthering Lon Chaney's reputation as the immortal "Man of a Thousand Faces."