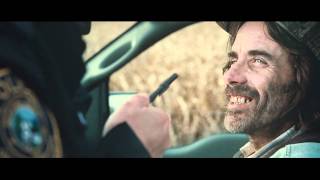 A man at war with his soul and his nature is led into a situation that turns his few friends against him in this psychological drama from Canada. Walter (Peter Stormare) is a policeman who was born and raised in a small Mennonite community, where he still lives and serves. Walter has a violent streak that he struggles to keep in check, and when he badly beat a man in the line of duty, his girlfriend Rita (Jill Hennessy) left him and many of his friends and family turned their backs on him. Walter has immersed himself in his faith to keep his demons at bay, and he has begun dating Sam (Martha Plimpton), a deeply religious woman, while Rita has taken up with ne'er-do-well Steve (Stephen Eric McIntyre). When the body of a woman who was raped and murdered is found in a nearby lake, Walter has to investigate the crime, and discovers that Steve found the body and Rita reported it to the police. As evidence begins to point to a man some see as Walter's rival, many of the townspeople lose their trust in Walter, and he finds himself stretched to the breaking point as he is torn between his duty, his reputation, and the people he cares about. The second feature film from writer and director Ed Gass-Donnelly, SMALL TOWN MURDER SONGS was an official selection at the 2010 Toronto International Film Festival.