A Woman of Paris (Silent) 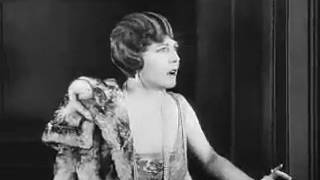 A women of paris trailer

Marie St. Clair and her starving artist boyfriend, Jean Millet, plan to elope in Paris. On the night they are to wed, Jean's father dies, and he is unable to meet Marie at the rendezvous. Embittered because she believes she was left at the altar, Marie becomes a high-paid courtesan, and eventually the kept woman of Pierre Revel, a wealthy financier. A year after their failed wedding attempt, Marie runs into Jean at a party. Despite her current betrothment, they resume their romance, and once again Jean proposes marriage. Marie is unable to choose between a life of luxury and the man she loves...and in that moment of hesitation, an unthinkable tragedy occurs...

Subtitled "A Drama of Fate," A Woman of Paris was Charles Chaplin's only attempt to make a serious film without him as the star. Chaplin had recently become a founding member of United Artists. His colleagues - D.W. Griffith, Mary Pickford, and Douglas Fairbanks - expected his first production for UA to be one of those comedies he was so well known for. Instead, he gave them a drama in which he insisted he would not appear. A Woman of Paris was meant to prove that Charlie's frequent co-star, Edna Purviance, could stand on her own apart from Chaplin. Though critically acclaimed upon its release, the film was not a hit with audiences, who, despite advance warnings in the press, were expecting a "Chaplin comedy." Purviance's career was effectively ruined, and the performer who made the most impression on moviegoers was instead Adolphe Menjou. Looking here much like he did in the sound era, Menjou would go on to have a long career with scene-stealing roles in classics like The Front Page (1931), A Farewell to Arms (1932), A Star is Born (1937) and Paths of Glory (1957). Chaplin, stung by the film's box-office failure, would return to comedy with his next feature The Gold Rush (1925). Critical esteem for A Woman of Paris has never waned, however. Along with the work of Ernst Lubitsch, its believable characterizations are credited with moving the cinema away from heavy-handed melodrama and into naturalism and realism.