Marijuana, "the loco weed," drives teenagers to dance, drink, and strip to their underwear in this unintentionally hilarious anti-drug picture in the style of 'Reefer Madness.' 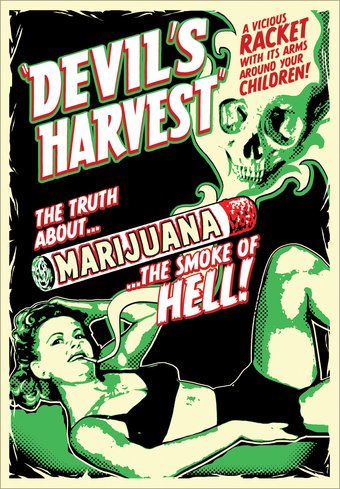 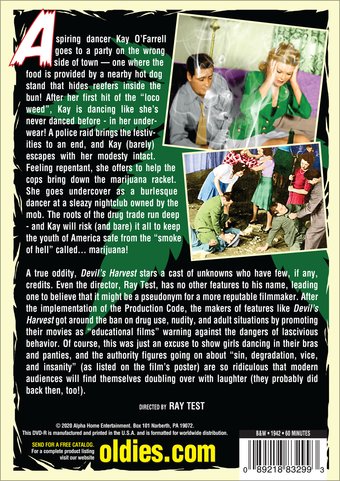 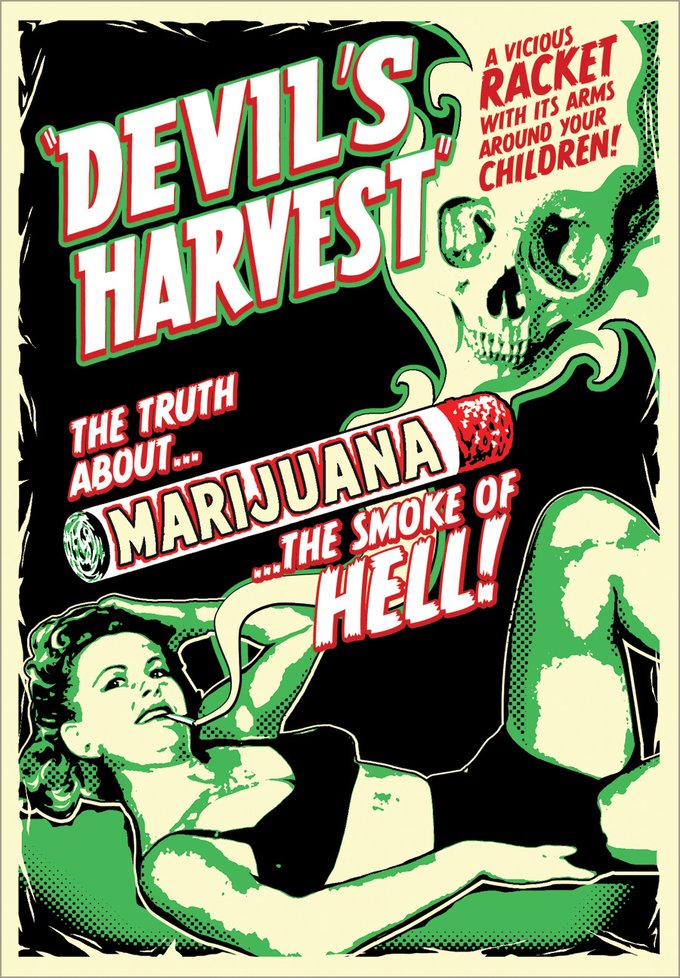 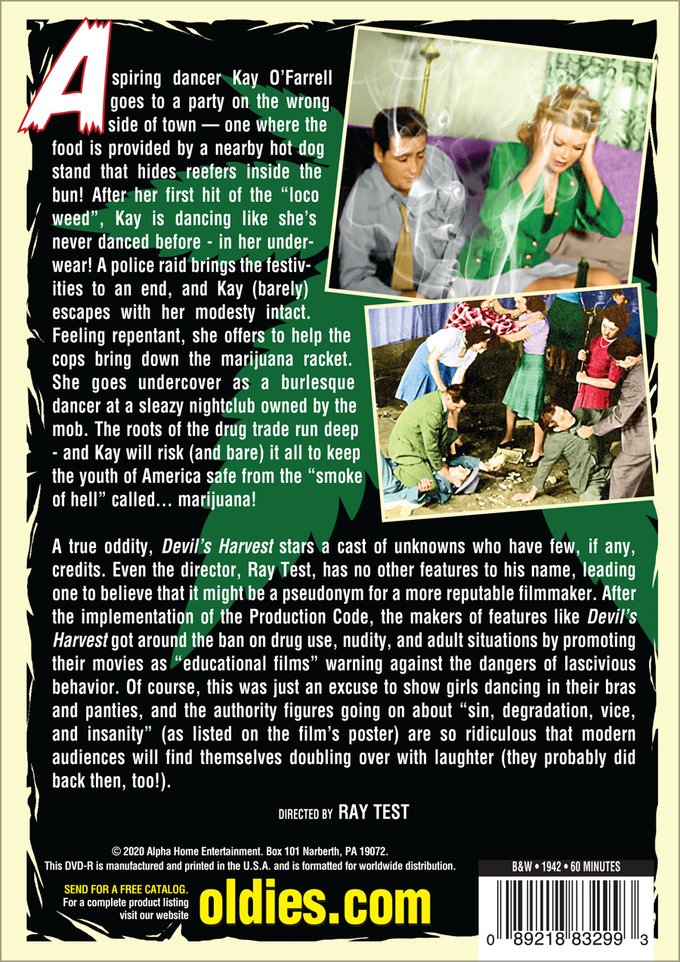 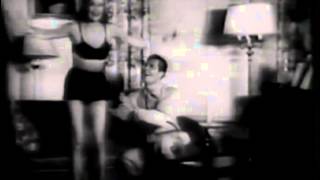 Aspiring dancer Kay O'Farrell goes to a party on the wrong side of town - one where the food is provided by a nearby hot dog stand that hides reefers inside the bun! After her first hit of the "loco weed", Kay is dancing like she's never danced before - in her underwear! A police raid brings the festivities to an end, and Kay (barely) escapes with her modesty intact. Feeling repentant, she offers to help the cops bring down the marijuana racket. She goes undercover as a burlesque dancer at a sleazy nightclub owned by the mob. The roots of the drug trade run deep - and Kay will risk (and bare) it all to keep the youth of America safe from the "smoke of hell" called...marijuana!

A true oddity, Devil's Harvest stars a cast of unknowns who have few, if any, credits. Even the director, Ray Test, has no other features to his name, leading one to believe that it might be a pseudonym for a more reputable filmmaker. After the implementation of the Production Code, the makers of features like Devil's Harvest got around the ban on drug use, nudity, and adult situations by promoting their movies as "educational films" warning against the dangers of lascivious behavior. Of course, this was just an excuse to show girls dancing in their bras and panties, and the authority figures going on about "sin, degradation, vice, and insanity" (as listed on the film's poster) are so ridiculous that modern audiences will find themselves doubling over with laughter (they probably did back then, too!)