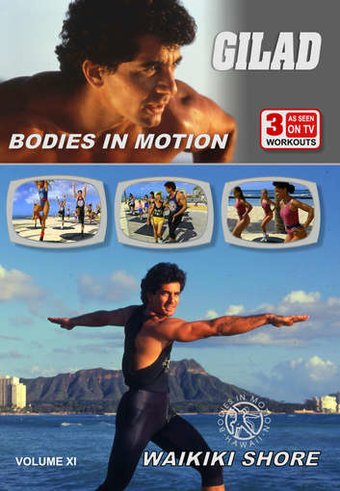 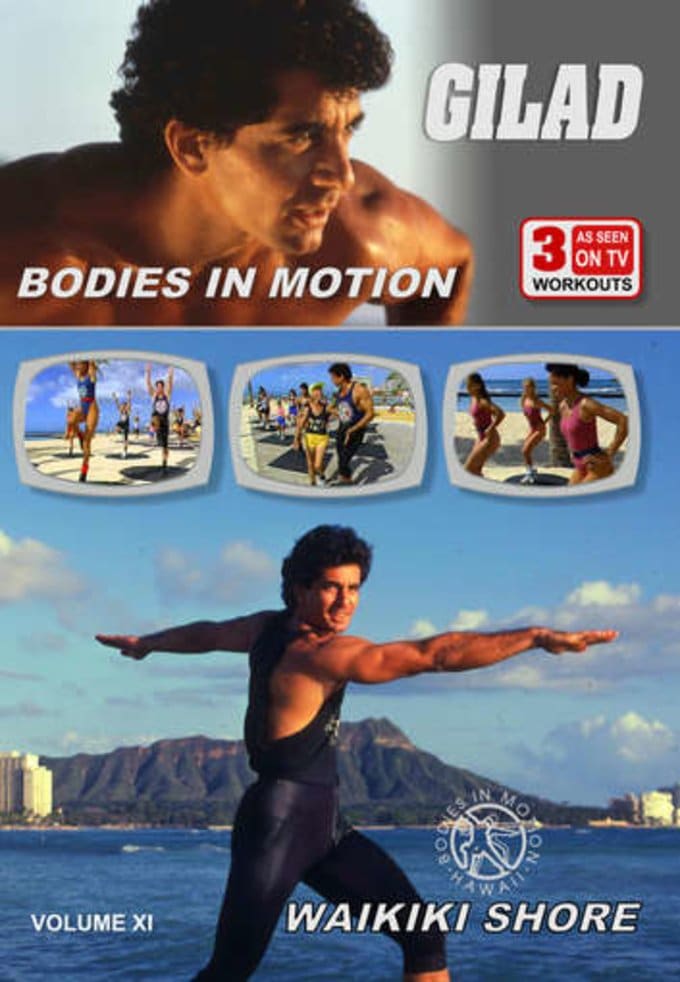 Get email alerts for Gilad
Currently Out of Stock: We'll get more as soon as possible
Notify Me When Available
Add to Wishlist
Format:  DVD
item number:  67WWA
91% recommend us!

Here are Gilad and his team right in the middle of the action on world-famous Waikiki Beach. These three workouts include passing tourists who are encouraged to join in on the fun. It's a workout party on the beach and you are invited. SHOW #1008 Join Gilad, Felicia, Wendee, Kent, Lian, Bill, Sharla, Doreen, Jim and a spirited group of tourists for a great workout! Areas of the Day: Chest and Shoulders. SHOW #1009 The sun is shining brightly and Trella joins the big group on this show. Areas of the Day: Back and Biceps. SHOW #1010 Gilad officially puts friend Jim in charge of the tourists who are joining the workout in the background. Featured are Trella, Felicia, Wendee, Kent, Bill, Doreen, Lian and Sharla. Areas of the Day: Biceps and Triceps.

Taped on exotic beaches in Hawaii, 'Bodies in Motion' with Gilad has been seen in 80 countries world-wide! Broadcasting on ESPN, Prime Ticket, Fox Sports, Eurosports, The Health Network, Fit TV and Discovery Fit & Health the show is officially recognized as the #1 fitness show in the US! The 'Bodies in Motion As Seen on TV' series is a compilation of some of our favorite episodes from the last 30 years digitally remastered on DVD.