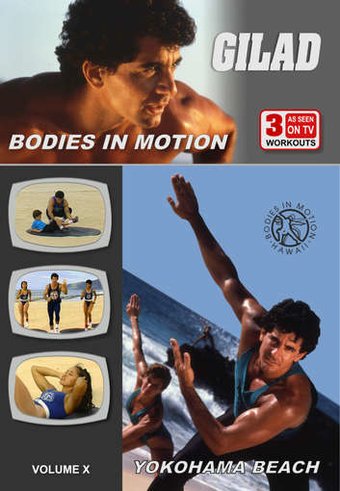 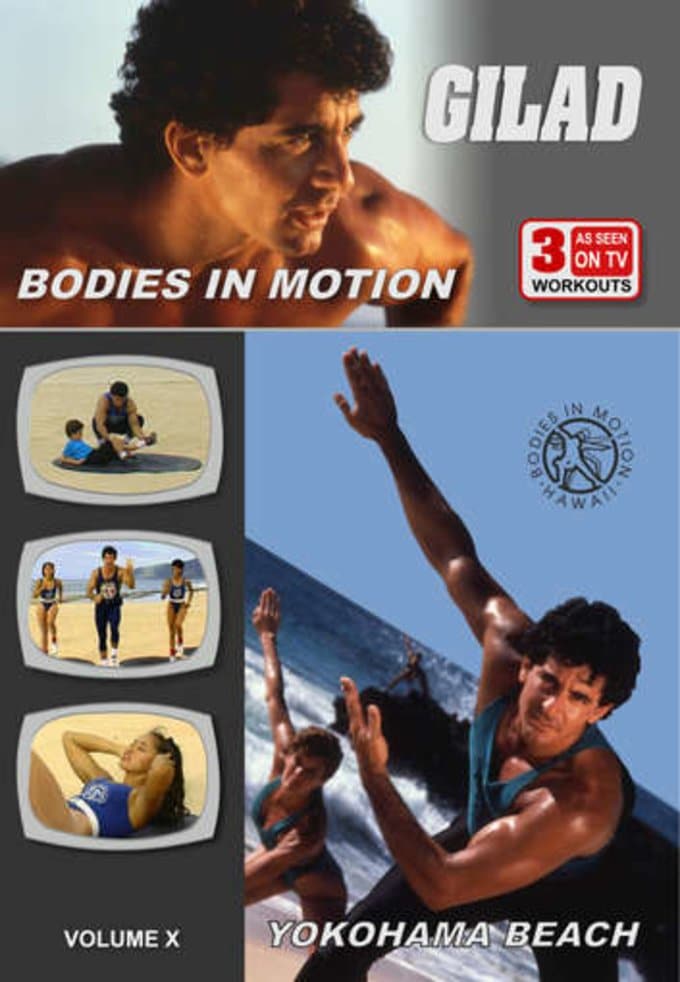 Yokohama Beach is the most pristine area on the west coast of Oahu. It is an expansive white sand beach and it's practically deserted so it's the perfect location for three good, concentrated, workouts with you, Gilad and his team in this new collection of ''As Seen on TV'' favorite episodes. SHOW #1015 Enjoy the surging surf in the background as Gilad takes Trella, Kent, Wendee and Bill through a full body workout. Areas of the day: Shoulders and Arms. SHOW #1016 The sun is shining brightly. It is a perfect day for exercising. Today's team is Gilad, Lian, Felicia, Wendee, Bill and a very talented 6-year old named Ryan. Areas of the day: Back and Triceps. SHOW #1017 This show features Gilad, Trella, Felicia, Kent and the father/son team of Pat and Ryan. The toning segment targets the upper abs and obliques. Areas of the day: Buttocks and Hamstrings.

Taped on exotic beaches in Hawaii, 'Bodies in Motion' with Gilad has been seen in 80 countries world-wide! Broadcasting on ESPN, Prime Ticket, Fox Sports, Eurosports, The Health Network, Fit TV and Discovery Fit & Health the show is officially recognized as the #1 fitness show in the USA! The 'Bodies in Motion As Seen on TV' series is a compilation of some of our favorite episodes from the last 30 years digitally remastered on DVD.