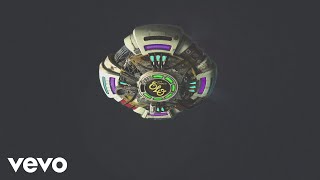 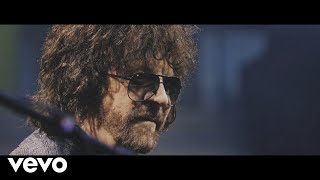 Personnel: Jeff Lynne (vocals, guitar, piano, keyboards, drums, background vocals); Steve Jay (shaker, tambourine).
Audio Mixers: Jeff Lynne; Steve Jay .
Recording information: Bungalow Palace Studio, Los Angeles, CA.
Illustrator: Ryan Corey.
Photographer: Joseph Cultice.
Unlike either its predecessor Alone in the Universe or 2001's Zoom, From out of Nowhere didn't appear after a prolonged period of silence from Jeff Lynne's ELO. It arrived in November of 2019, nearly exactly four years after Alone in the Universe, a rapid turnaround that recalls Lynne's work schedule as a bandleader and producer in the 1970s and '80s. That's not the only way From out of Nowhere conjures memories of the past. From the spaceship hovering on its record cover to the song title "Sci-Fi Woman" stirring up the ghost of "Evil Woman," the album is designed to sound and feel like an Electric Light Orchestra album from the late 1970s. That was true of Alone in the Universe too, but From out of Nowhere makes that album seem fresher in retrospect. Here, there is no clever embrace of digital technology or even nods to disco: it's all immaculate orchestrated pop punctuated with some old-time rock & roll. Listen not too closely and it may be possible to mistake these tunes for outtakes from A New World Record or Out of the Blue, since they have a similar pomp lushness. Listen a bit closer and the seams emerge. As elegant as they are, the melodies don't easily lodge in the subconscious, but the bigger problem is that the production -- by Lynne, who plays virtually every note on the record -- is airless and precise. This dryness is a remnant of the digital age, where every element in a recording is exactly in the right place, and if it's not quite a drawback, it does mean From out of Nowhere can be a bit of an uncanny valley: it's close enough to a genuine item to satisfy, yet different enough to disarm. ~ Stephen Thomas Erlewine