The legendary Paul Robeson makes his film debut as an ordinary man who becomes a power-mad dictator in this unforgettable adaptation of Eugene O'Neill's acclaimed play! 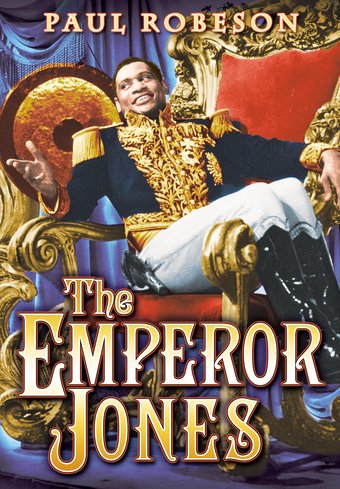 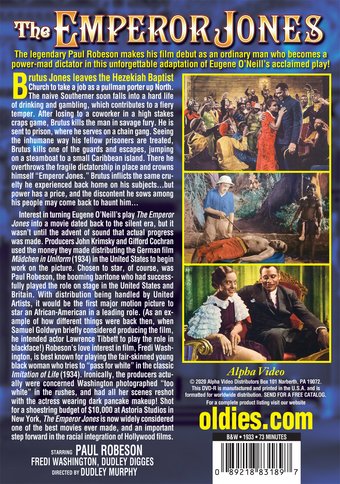 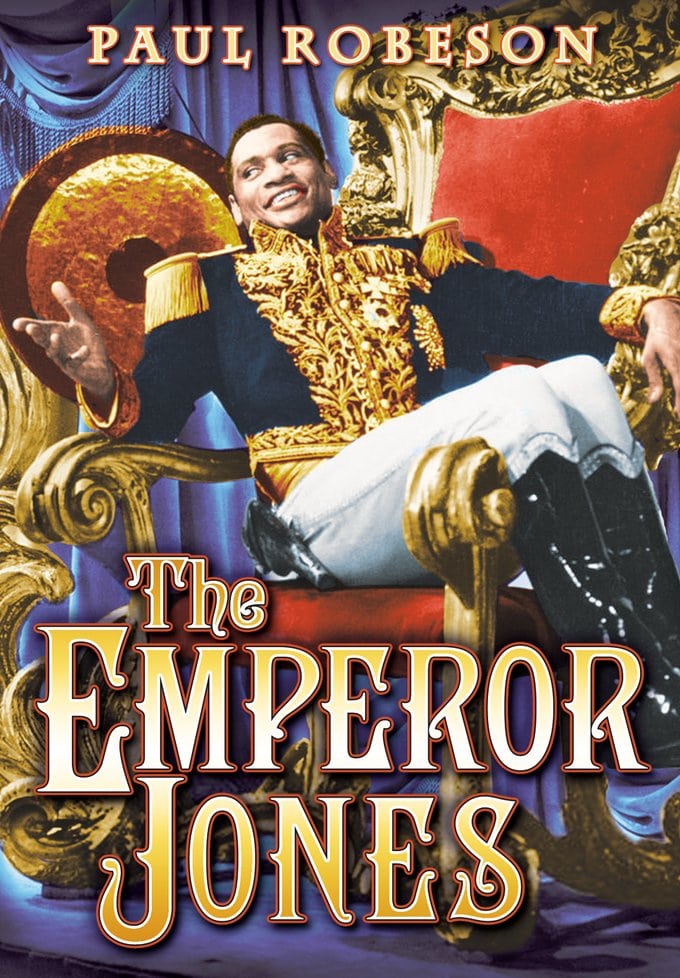 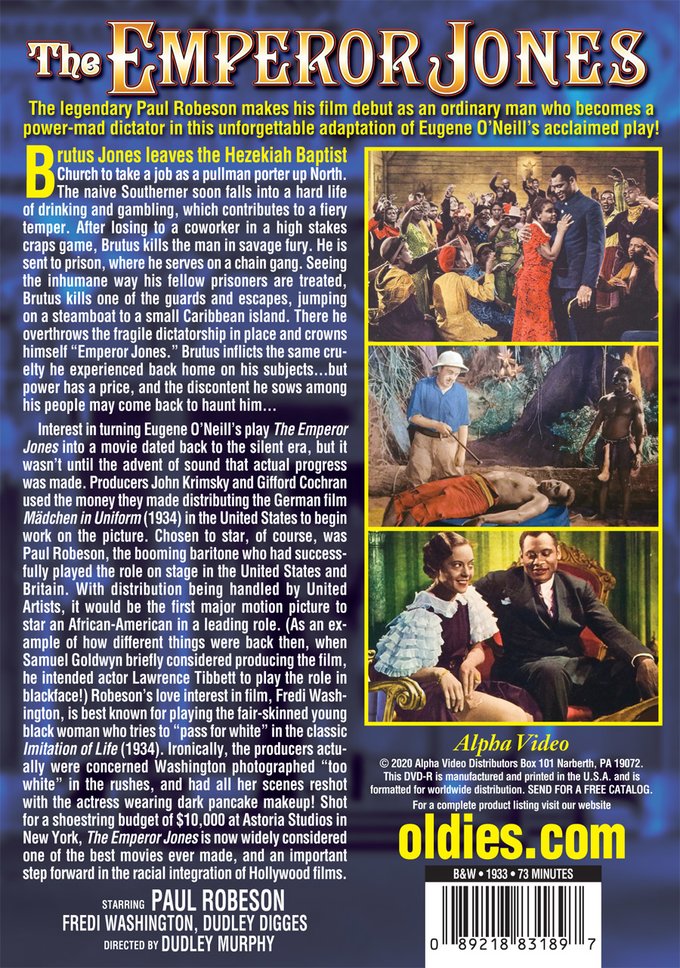 Brutus Jones leaves the Hezekiah Baptist Church to take a job as a pullman porter up North. The naive Southerner soons falls into a hard life of drinking and gambling, which contributes to a fiery temper. After losing to a coworker in a high stakes craps game, Brutus kills the man in savage fury. He is sent to prison, where he serves on a chain gang. Seeing the inhumane way his fellow prisoners are treated, Brutus kills one of the guards and escapes, jumping on a steamboat to a small Caribbean island. There he overthrows the fragile dictatorship in place and crowns himself "Emperor Jones." Brutus inflicts the same cruelty he experienced back home on his subjects...but power has a price, and the discontent he sows among his people may come back to haunt him...

Interest in turning Eugene O'Neill's play The Emperor Jones into a movie dated back to the silent era, but it wasn't until the advent of sound that actual progress was made. Producers John Krimsky and Gifford Cochran used the money they made distributing the German film Mädchen in Uniform (1934) in the United States to begin work on the picture. Chosen to star, of course, was Paul Robeson, the booming baritone who had successfully played the role on stage in the United States and Britain. With distribution being handled by United Artists, it would be the first major motion picture to star an African-American in a leading role. (As an example of how different things were back then, when Samuel Goldwyn briefly considered producing the film, he intended actor Lawrence Tibbett to play the role in blackface!) Robeson's love interest in film, Fredi Washington, is best known for playing the fair-skinned young black woman who tries to "pass for white" in the classic Imitation of Life (1934). Ironically, the producers actually were concerned Washington photographed "too white" in the rushes, and had all her scenes reshot with the actress wearing dark pancake makeup! Shot for a shoestring budget of $10,000 at Astoria Studios in New York, The Emperor Jones is now widely considered one of the best movies ever made, and an important step forward in the racial integration of Hollywood films.

Porgy and Bess
$19
Add to Cart