Before he made it big in Hollywood, Charlton Heston starred in these long-lost live television performances of classic literature. This set includes both 'Jane Eyre' and 'The Taming of the Shrew.' 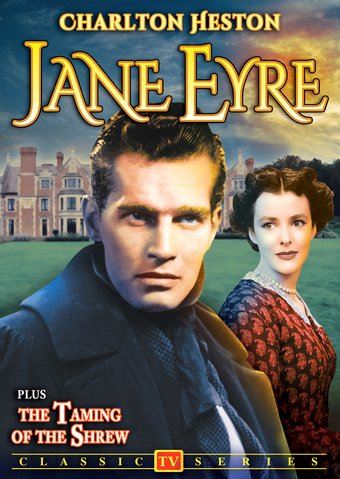 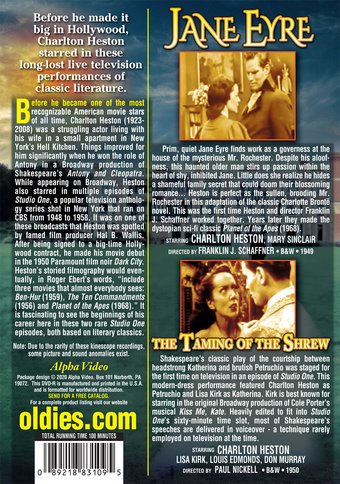 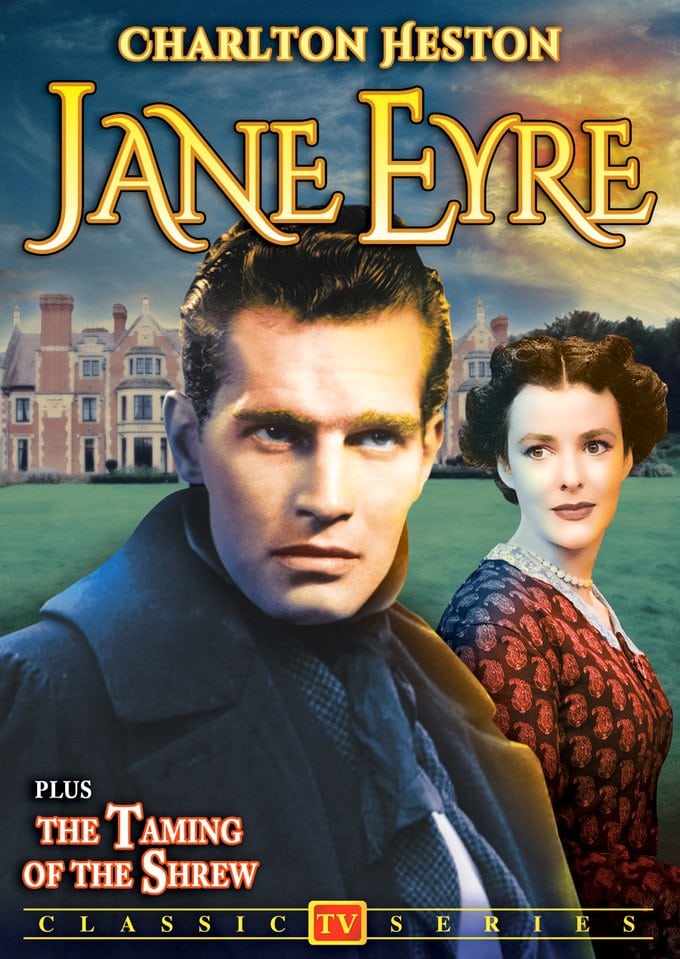 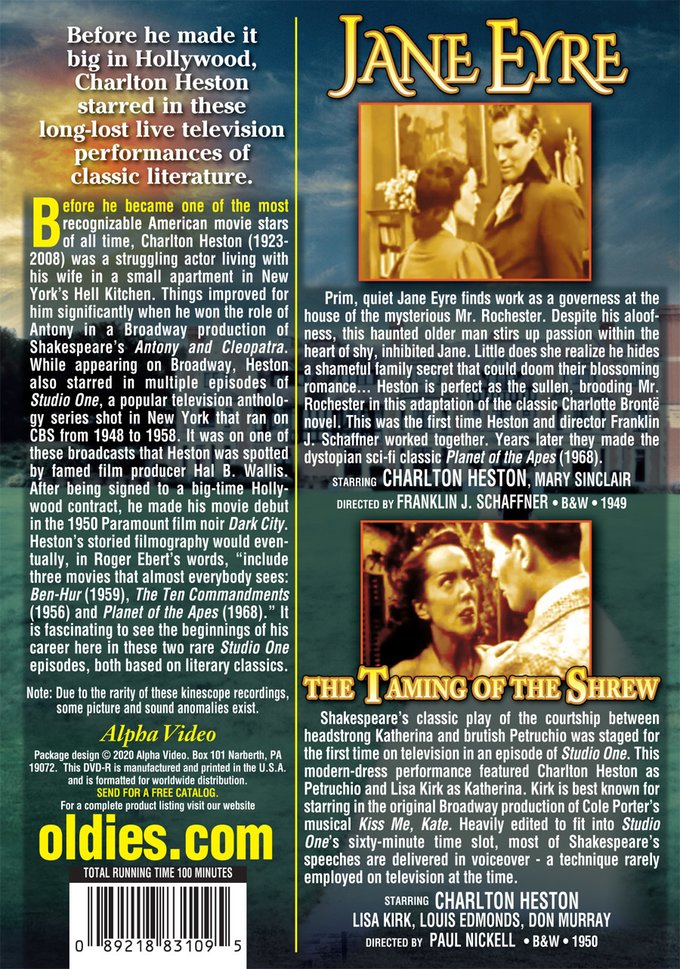 Before he became one of the most recognizable American movie stars of all time, Charlton Heston (1923-2008) was a struggling actor living with his wife in a small apartment in New York's Hell Kitchen. Things improved for him significantly when he won the role of Antony in a Broadway production of Shakespeare's Antony and Cleopatra. While appearing on Broadway, Heston also starred in multiple episodes of Studio One, a popular television anthology series shot in New York that ran on CBS from 1948 to 1958. It was on one of these broadcasts that Heston was spotted by famed film producer Hal B. Wallis. After being signed to a big-time Hollywood contract, he made his movie debut in the 1950 Paramount film noir Dark City. Heston's storied filmography would eventually, in Roger Ebert's words, "include three movies that almost everybody sees: Ben-Hur (1959), The Ten Commandments (1956) and Planet of the Apes (1968)." It is fascinating to see the beginnings of his career here in these two rare Studio One episodes, both based on literary classics.

JANE EYRE: Prim, quiet Jane Eyre finds work as a governess at the house of the mysterious Mr. Rochester. Despite his aloofness, this haunted older man stirs up passion within the heart of shy, inhibited Jane. Little does she realize he hides a shameful family secret that could doom their blossoming romance...Heston is perfect as the sullen, brooding Mr. Rochester in this adaptation of the classic Charlotte Brontë novel. This was the first time Heston and director Franklin J. Schaffner worked together. Years later they made the dystopian sci-fi classic Planet of the Apes (1968).

THE TAMING OF THE SHREW: Shakespeare's classic play of the courtship between headstrong Katherina and brutish Petruchio was staged for the first time on television in an episode of Studio One. This modern-dress performance featured Charlton Heston as Petruchio and Lisa Kirk as Katherina. Kirk is best known for starring in the original Broadway production of Cole Porter's musical Kiss Me, Kate. Heavily edited to fit into Studio One's sixty-minute time slot, most of Shakespeare's speeches are delivered in voiceover - a technique rarely employed on television at the time.

20%off
Death Comes to Pemberley
$19.90 Super Savings
Add to Cart