The life story of legendary jazz musicians Tommy and Jimmy Dorsey, considered the greatest of the big band leaders of the 1930s and 40s. 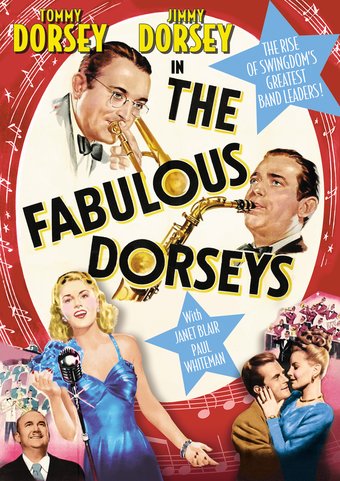 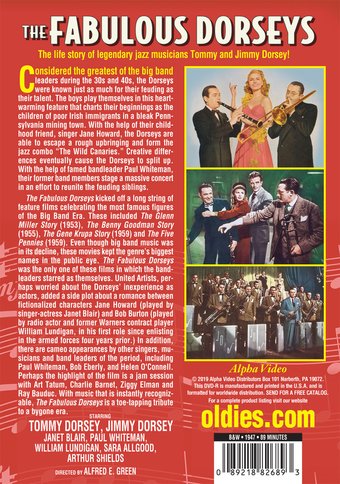 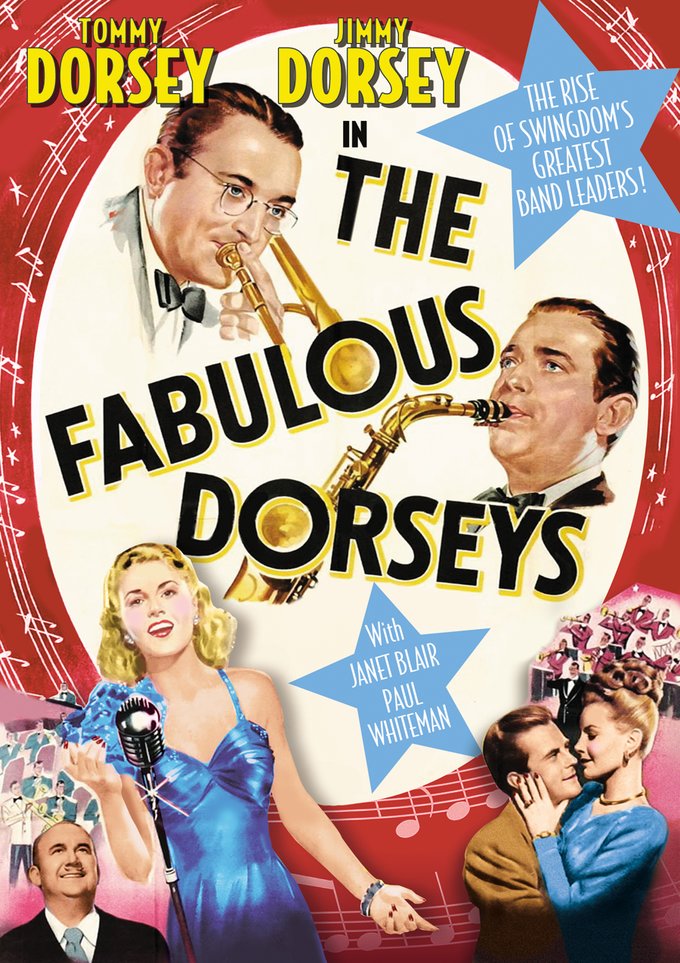 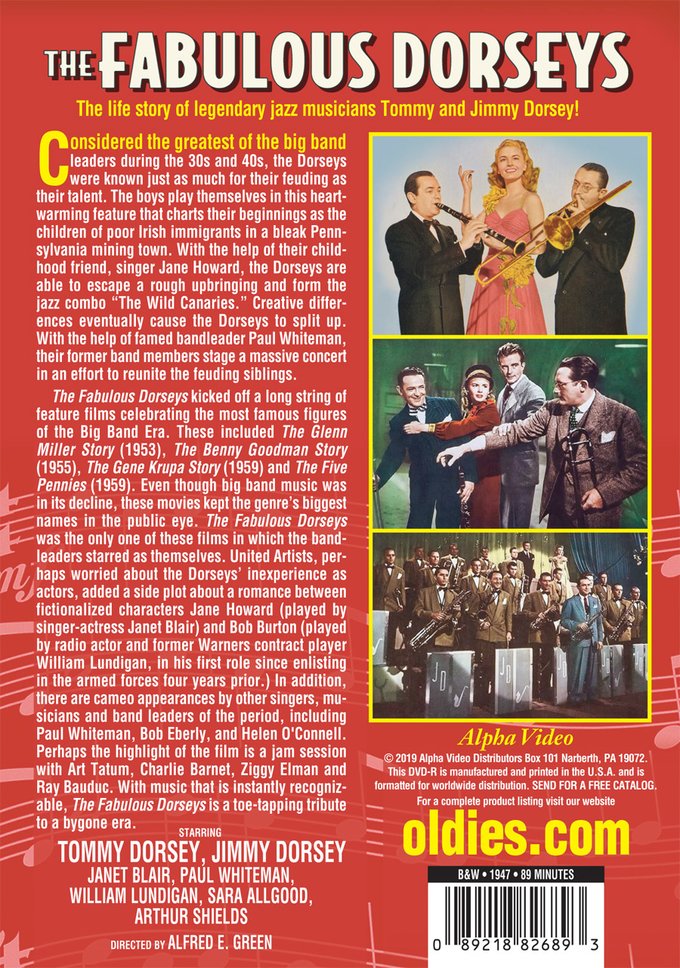 Considered the greatest of the big band leaders during the 30s and 40s, the Dorseys were known just as much for their feuding as their talent. The boys play themselves in this heartwarming feature that charts their beginnings as the children of poor Irish immigrants in a bleak Pennsylvania mining town. With the help of their childhood friend, singer Jane Howard, the Dorseys are able to escape a rough upbringing and form the jazz combo "The Wild Canaries." Creative differences eventually cause the Dorseys to split up. With the help of famed bandleader Paul Whiteman, their former band members stage a massive concert in an effort to reunite the feuding siblings.

The Fabulous Dorseys kicked off a long string of feature films celebrating the most famous figures of the Big Band Era. These included The Glenn Miller Story (1953), The Benny Goodman Story (1955), The Gene Krupa Story (1959) and The Five Pennies (1959). Even though big band music was in its decline, these movies kept the genre's biggest names in the public eye. The Fabulous Dorseys was the only one of these films in which the bandleaders starred as themselves. United Artists, perhaps worried about the Dorseys' inexperience as actors, added a side plot about a romance between fictionalized characters Jane Howard (played by singer-actress Janet Blair) and Bob Burton (played by radio actor and former Warners contract player William Lundigan, in his first role since enlisting in the armed forces four years prior.) In addition, there are cameo appearances by other singers, musicians and band leaders of the period, including Paul Whiteman, Bob Eberly, and Helen O'Connell. Perhaps the highlight of the film is a jam session with Art Tatum, Charlie Barnet, Ziggy Elman and Ray Bauduc. With music that is instantly recognizable, The Fabulous Dorseys is a toe-tapping tribute to a bygone era.