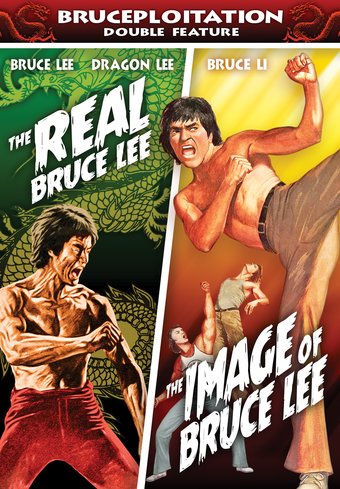 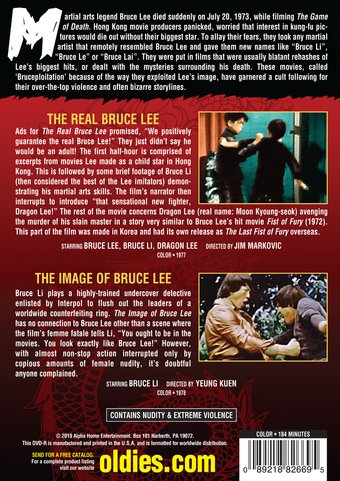 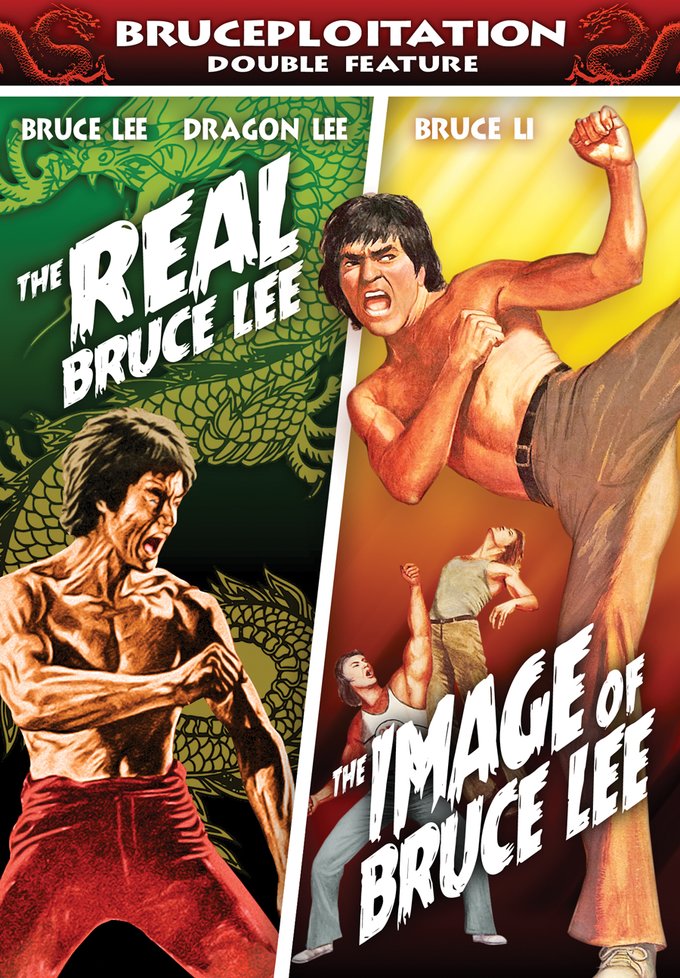 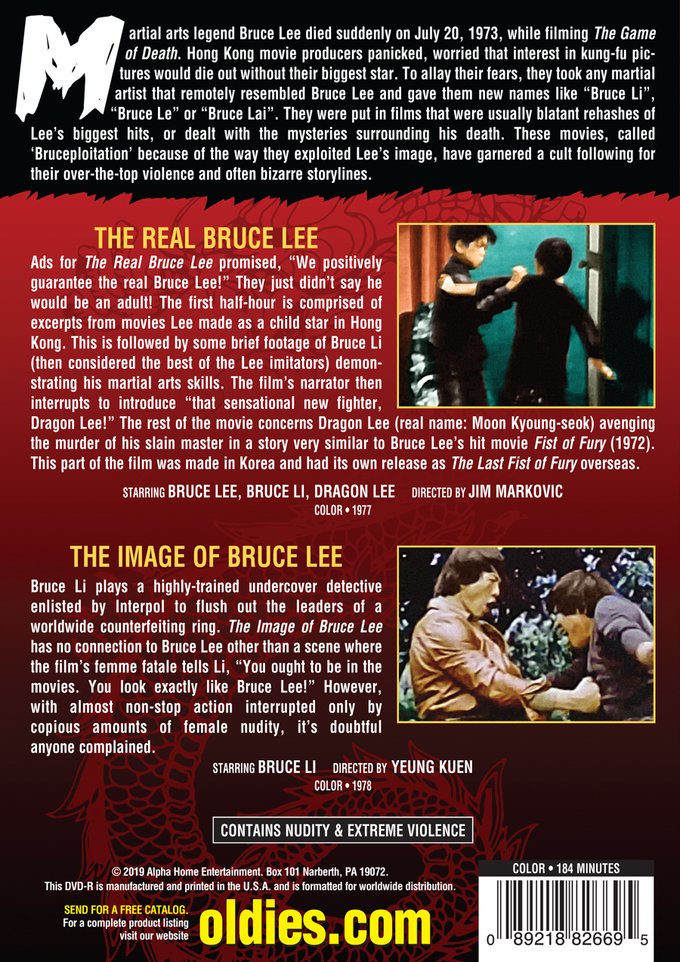 Martial arts legend Bruce Lee died suddenly on July 20, 1973, while filming The Game of Death. Hong Kong movie producers panicked, worried that interest in kung-fu pictures would die out without their biggest star. To allay their fears, they took any martial artist that remotely resembled Bruce Lee and gave them new names like "Bruce Li", "Bruce Le" or "Bruce Lai". They were put in films that were usually blatant rehashes of Lee's biggest hits, or dealt with the mysteries surrounding his death. These movies, called 'Bruceploitation' because of the way they exploited Lee's image, have garnered a cult following for their over-the-top violence and often bizarre storylines.

THE REAL BRUCE LEE (1977): Ads for The Real Bruce Lee promised, "We positively guarantee the real Bruce Lee!" They just didn't say he would be an adult! The first half-hour is comprised of excerpts from movies Lee made as a child star in Hong Kong. This is followed by some brief footage of Bruce Li (then considered the best of the Lee imitators) demonstrating his martial arts skills. The film's narrator then interrupts to introduce "that sensational new fighter, Dragon Lee!" The rest of the movie concerns Dragon Lee (real name: Moon Kyoung-seok) avenging the murder of his slain master in a story very similar to Bruce Lee's hit movie Fist of Fury (1972). This part of the film was made in Korea and had its own release as The Last Fist of Fury overseas.

THE IMAGE OF BRUCE LEE (1978): Bruce Li plays a highly-trained undercover detective enlisted by Interpol to flush out the leaders of a worldwide counterfeiting ring. The Image of Bruce Lee has no connection to Bruce Lee other than a scene where the film's femme fatale tells Li, "You ought to be in the movies. You look exactly like Bruce Lee!" However, with almost non-stop action interrupted only by copious amounts of female nudity, it's doubtful anyone complained.