John Huston's Academy Award-nominated documentary on the Allies fighting back Japanese invasion forces in the Aleutian Islands./A detailed account of a U.S. Air Force raid on a Nazi stronghold, from its initial planning to its explosive conclusion. 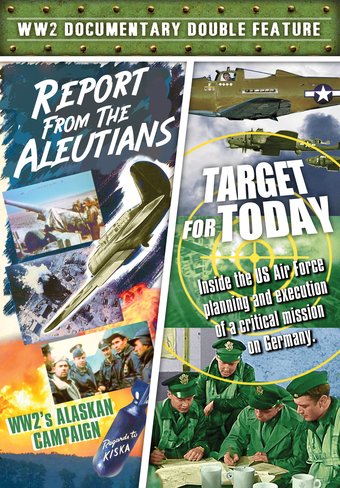 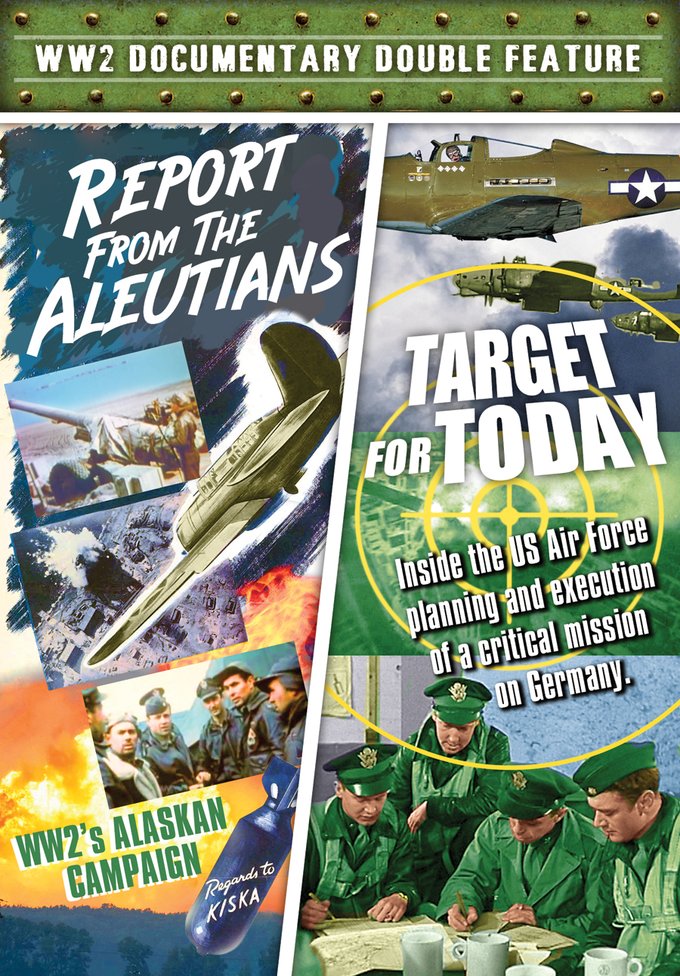 REPORT FROM THE ALEUTIANS (1943): During World War II, iconic filmmaker John Huston (The Maltese Falcon) served as a major in the Army Signal Corps. Report from the Aleutians was one of several films he made as part of his service. He and his crew spent five strenuous months filming in the Aleutian Islands. This 1,200-mile chain of islands in the South Pacific forms the southern boundary of the Bering Sea, stretching from Alaska to Siberia. It was from here that a massive Japanese fleet invaded Alaska's Dutch Harbor in 1942, as part of their attempt to secure total control of the entire Pacific Ocean. In retaliation, the Americans set up base on nearby Adak Island, and commenced daily bombing raids on the enemy fleet. Army and Navy airmen endured deadly ice storms to prevent the Japanese from advancing any further. Huston emphasized the human nature of these brave men, and their longing for all they left behind. He fought with his superiors to include the soldiers' everyday lives, as the government really was only interested in showing off the spectacular B-17 and B-24 bombing footage for propaganda purposes. The legendary filmmaker's instincts were correct, however, as Report from the Aleutians would be nominated for Best Documentary Feature at the 1944 Academy Awards.

TARGET FOR TODAY (1944): Target for Today documents in painstaking detail the planning and implementation of a U.S. Air Force raid on a Nazi stronghold in East Prussia. Director William Keighley makes the viewer feel like they are right there alongside the bomber pilots as they get into their aircraft. The title refers to a code phrase used by Air Force personnel during mission briefings. William Keighley was a former Broadway actor who made some of James Cagney's best pictures, including 'G' Men (1935), Torrid Zone (1940), and The Bride Came C.O.D. (1941). He co-directed the Errol Flynn classic The Adventures of Robin Hood (1938) with Michael Curtiz. Target for Today's opening states, "There are no actors in this picture. There are only men of the Eighth Air Force, doing their day by day jobs."