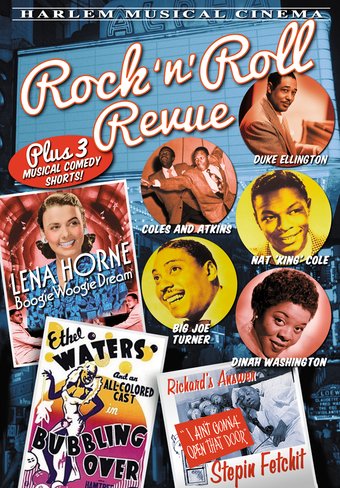 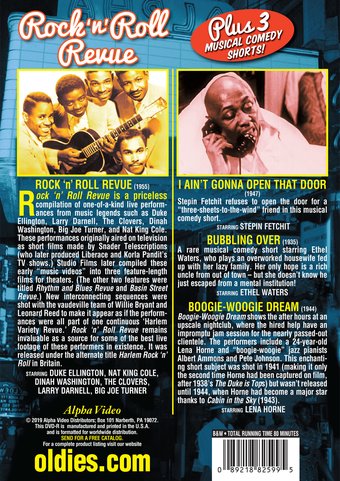 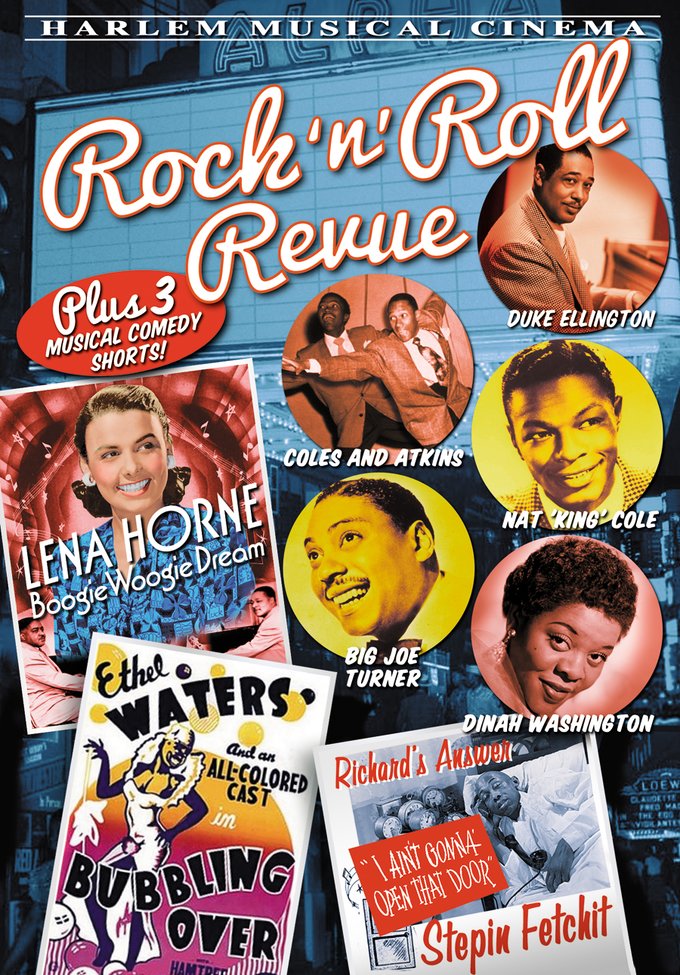 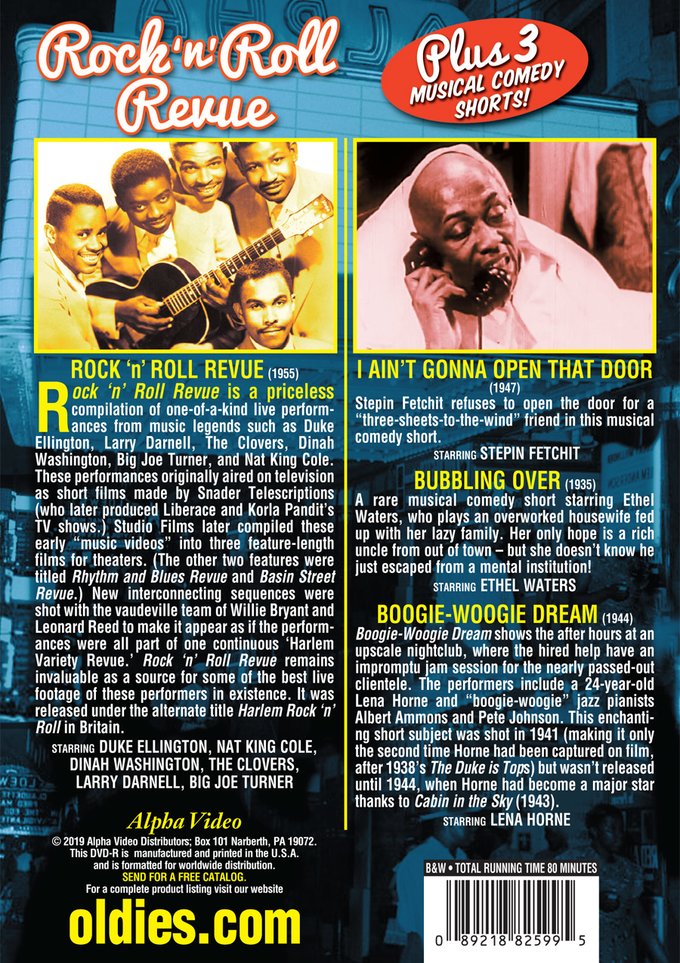 Rock 'n' Roll Revue is a priceless compilation of one-of-a-kind live performances from music legends such as Duke Ellington, Larry Darnell, The Clovers, Dinah Washington, Big Joe Turner, and Nat King Cole. These performances originally aired on television as short films made by Snader Telescriptions (who later produced Liberace and Korla Pandit's TV shows.) Studio Films later compiled these early "music videos" into three feature-length films for theaters. (The other two features were titled Rhythm and Blues Revue and Basin Street Revue.) New interconnecting sequences were shot with the vaudeville team of Willie Bryant and Leonard Reed to make it appear as if the performances were all part of one continuous 'Harlem Variety Revue.' Rock 'n' Roll Revue remains invaluable as a source for some of the best live footage of these performers in existence. It was released under the alternate title Harlem Rock 'n' Roll in Britain.

PLUS: BUBBLING OVER (1934): A rare musical comedy short starring Ethel Waters, who plays an overworked housewife fed up with her lazy family. Her only hope is a rich uncle from out of town – but she doesn't know he just escaped from a mental institution!

BOOGIE-WOOGIE DREAM (1944): Boogie-Woogie Dream shows the after hours at an upscale nightclub, where the hired help have an impromptu jam session for the nearly passed-out clientele. The performers include a 24-year-old Lena Horne and "boogie-woogie" jazz pianists Albert Ammons and Pete Johnson. This enchanting short subject was shot in 1941 (making it only the second time Horne had been captured on film, after 1938's The Duke is Tops) but wasn't released until 1944, when Horne had become a major star thanks to Cabin in the Sky (1943).

I AIN'T GONNA OPEN THAT DOOR (1947): Stepin Fetchit refuses to open the door for a "three-sheets-to-the-wind" friend in this musical comedy short.