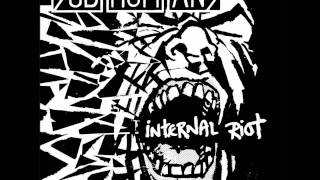 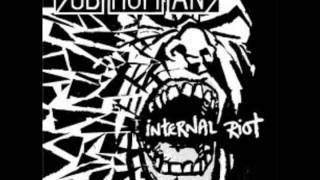 As a staple of the punk scene, ALL of the Subhumans records are still in high demand, and this long overdue repress of their 2007 album couldn't be coming at a better time. With their new album, Crisis Point, out September 13th, and two US tours happening this fall & European touring to follow, we couldn't be happier to be getting this catalog piece repressed and available once more. Subhumans are one of the most influential bands from the UK Anarcho-Punk scene of the 80's, filed right alongside Crass and Conflict, and just as relevant today as they were during the darkest days of Thatcher's Britain. Take your choice in how to label them - Punk, UK82, Crusty, etc. - therein lies the attraction and consequent reason for their popularity, the band epitomizes non-conformity and connects with people in many different scenes. When Subhumans self-released this album in 2007 they hadn't recorded new material in many years, and the response of many was that they sounded angrier than ever. They delivered thirteen songs that strived to find solutions for the world's problems and delivered them with fury and passion. Sadly, this album's topics haven't lost any of their relevance in the twelve years since it's release - the atrocities of war and violence, the pressure on teenage girls to be thin, and the rise of the big box stores at the expense of independent businesses continue to be subjects that punks are all still speaking out against.