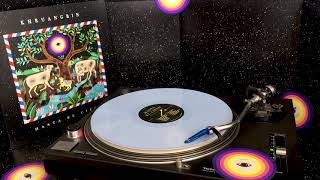 Khruangbin - With All The World (Music Video) 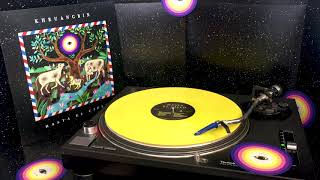 Pitchfork (Website) - "The strongest cuts on CON TODO EL MUNDO are also the standouts on HASTA EL CIELO, where they're run through the usual dub effects..."

Khruangbin's second album, 2018's Con Todo el Mundo, was the Texas trio's breakout; their relaxed blend of dub, funk, soul, and psych from around the world struck a chord with loads of people looking for something different. Hasta el Cielo is a dub reworking of that album that leans heavily on the rubbery bass playing of Laura Lee and steady drumming of Donald "DJ" Johnson, while sidelining Mark Speer's guitar playing for the most part. His distinctive lines dart in and out of the mix, sometimes subsumed by echo and other times beaming into the mix in gleaming shards. The band do the mixing themselves except for two tracks where dub legend Scientist takes over. ~ Tim Sendra