Nearly fifty of Hollywood's biggest stars appear in this exuberant wartime musical dedicated to the brave men who fought in World War II. 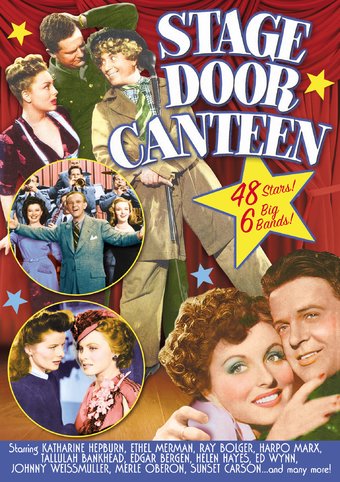 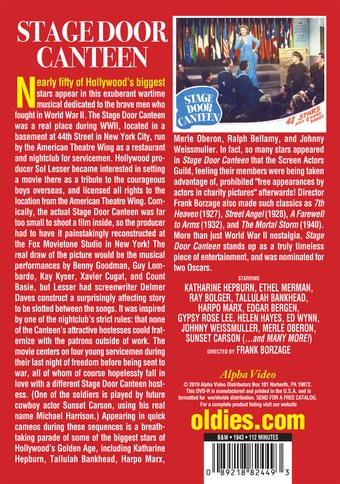 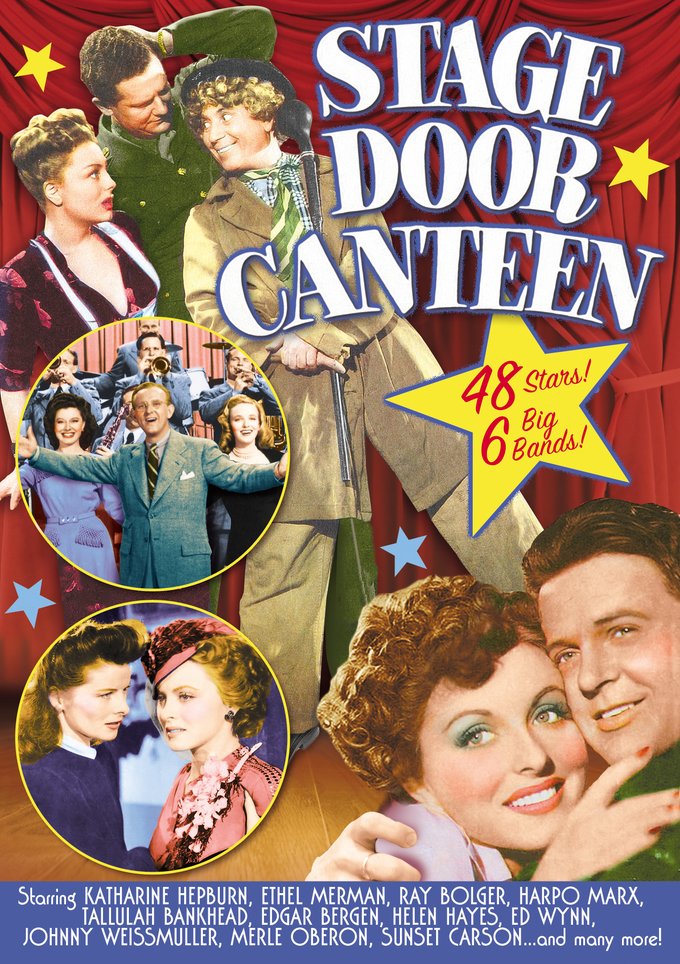 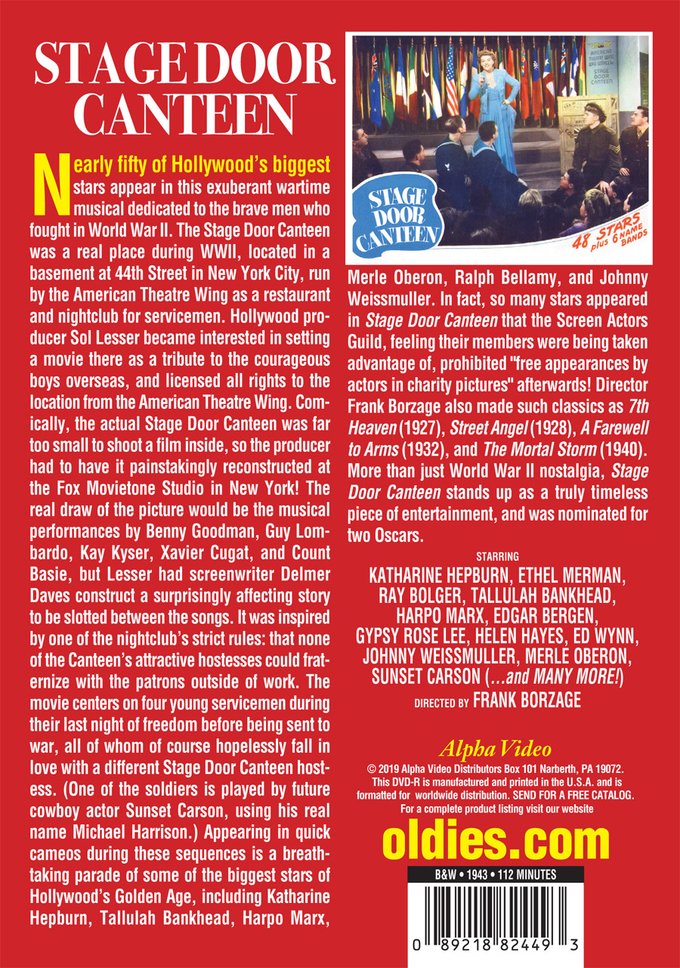 Nearly fifty of Hollywood's biggest stars appear in this exuberant wartime musical dedicated to the brave men who fought in World War II. The Stage Door Canteen was a real place during WWII, located in a basement at 44th Street in New York City, run by the American Theatre Wing as a restaurant and nightclub for servicemen. Hollywood producer Sol Lesser became interested in setting a movie there as a tribute to the courageous boys overseas, and licensed all rights to the location from the American Theatre Wing. Comically, the actual Stage Door Canteen was far too small to shoot a film inside, so the producer had to have it painstakingly reconstructed at the Fox Movietone Studio in New York! The real draw of the picture would be the musical performances by Benny Goodman, Guy Lombardo, Kay Kyser, Xavier Cugat, and Count Basie, but Lesser had screenwriter Delmer Daves construct a surprisingly affecting story to be slotted between the songs. It was inspired by one of the nightclub's strict rules: that none of the Canteen's attractive hostesses could fraternize with the patrons outside of work. The movie centers on four young servicemen during their last night of freedom before being sent to war, all of whom of course hopelessly fall in love with a different Stage Door Canteen hostess. (One of the soldiers is played by future cowboy actor Sunset Carson, using his real name Michael Harrison.) Appearing in quick cameos during these sequences is a breathtaking parade of some of the biggest stars of Hollywood's Golden Age, including Katharine Hepburn, Tallulah Bankhead, Harpo Marx, Merle Oberon, Ralph Bellamy, and Johnny Weissmuller. In fact, so many stars appeared in Stage Door Canteen that the Screen Actors Guild, feeling their members were being taken advantage of, prohibited "free appearances by actors in charity pictures" afterwards! Director Frank Borzage also made such classics as 7th Heaven (1927), Street Angel (1928), A Farewell to Arms (1932), and The Mortal Storm (1940). More than just World War II nostalgia, Stage Door Canteen stands up as a truly timeless piece of entertainment, and was nominated for two Oscars.
This product is made-on-demand by the manufacturer using DVD-R recordable media. Almost all DVD players can play DVD-Rs (except for some older models made before 2000) - please consult your owner's manual for formats compatible with your player. These DVD-Rs may not play on all computers or DVD player/recorders. To address this, the manufacturer recommends viewing this product on a DVD player that does not have recording capability.