Lillian Gish stars in this sumptuous adaptation of the George Eliot novel about greed, jealousy, and political ambition in Renaissance-era Florence, Italy. 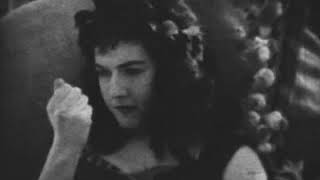 A tale of greed, jealousy, and political ambition in Renaissance-era Florence, Italy. A shipwrecked stranger, Tito Melema, arrives on the doorstep of blind scholar Bardo de' Bardi. He takes on a job as the old man's assistant while romancing Bardo's beautiful daughter, Romola. Though the girl does not return the young man's affections, she marries him because that is what her father wishes. When the Medici are forced out of Florence, Tito joins the new government and quickly rises to a position of power as chief magistrate. Romola's misgivings about her husband grow more pronounced as she learns of his many misdeeds as magistrate, including fathering a child with another woman. As a new revolution rises up to overthrow Tito, Romola must choose between standing by her husband, or carving out a new life on her own...

After the success of her first self-produced film, The White Sister, Lillian Gish turned her attention to George Eliot's great work of literature, Romola (originally published serially in The Cornhill Magazine in 1862-3.) This massive production was mounted in Italy, amid concerns that the budget would inevitably balloon out of control. Shot on location in Florence using Kodak's new "panchromatic" film, Lillian was joined by Henry King and Ronald Colman, her director and co-star in The White Sister, respectively (Gish had given Colman his big break in motion pictures with that film.) Cast as Romola's ne'er do well husband was a young William Powell, who at the time specialized in playing villains, and was not yet the romantic Nick Charles figure he would one day become. Also featured is Lillian's younger sister, Dorothy (amusingly, the two-timing character played by Powell would bed both Gish sisters in the film.) Opening with a gala premiere at Grauman's Egyptian Theatre on December 6, 1924, Romola did not meet with the critical and financial success of The White Sister, putting an end to Lillian's short-lived control of her own destiny. "I hope you will like Romola when you see it," she wrote in her old age, "it caused me so much trouble and there are so many things in it that I would have different from what they are that I can never think of it now without a great feeling of sadness for what we might have done with that beautiful story." Despite Ms. Gish's concerns, her performance later came to be regarded as one of her best by critics. To date, this 1924 production is the only time George Eliot's classic novel has been committed to film.

The Count of Monte Cristo
$8.70 Super Savings
Add to Cart

Master and Commander: The Far Side of the World (Blu-ray)
$8.40 Super Savings
Add to Cart