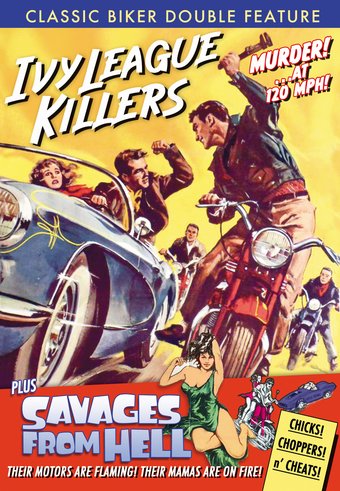 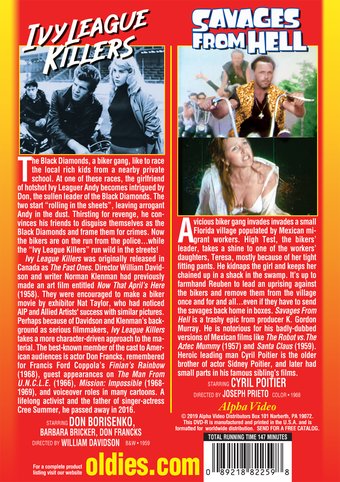 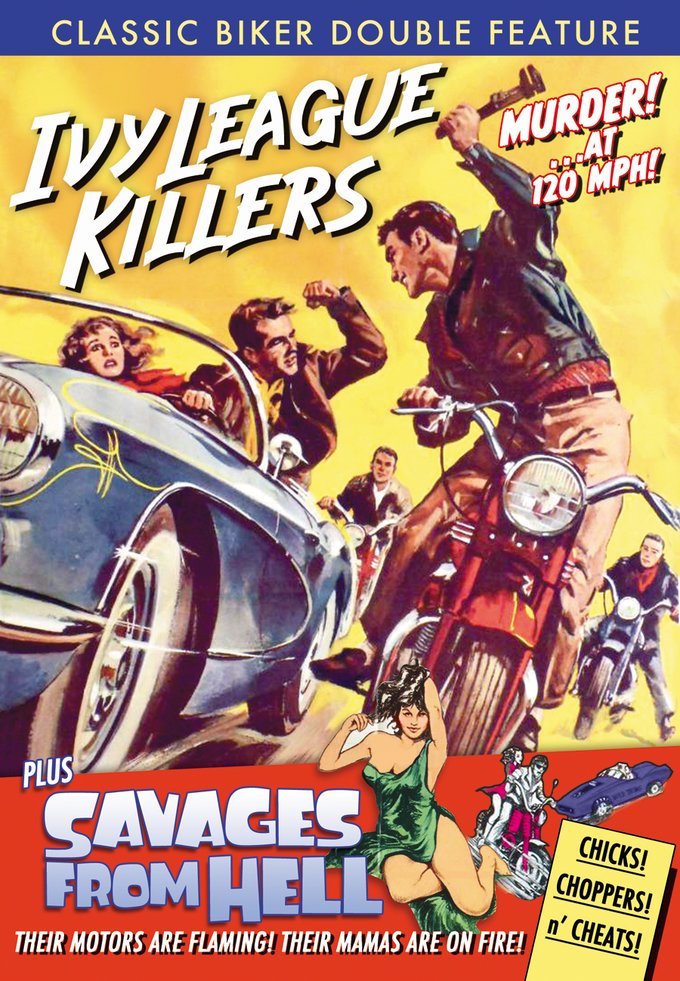 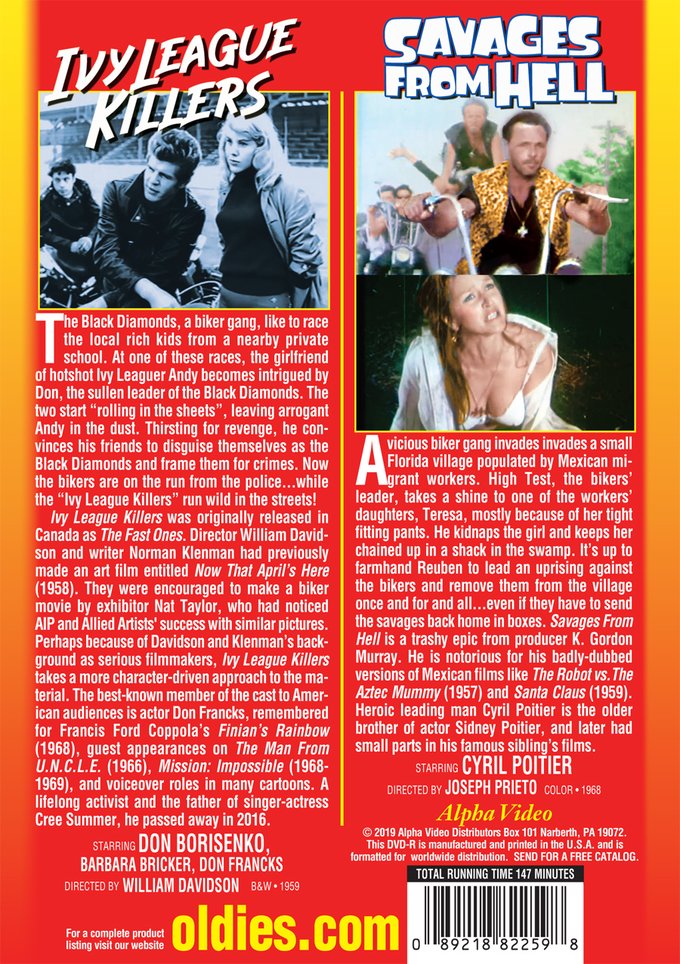 IVY LEAGUE KILLERS (1959): The Black Diamonds, a biker gang, like to race the local rich kids from a nearby private school. At one of these races, the girlfriend of hotshot Ivy Leaguer Andy becomes intrigued by Don, the sullen leader of the Black Diamonds. The two start "rolling in the sheets", leaving arrogant Andy in the dust. Thirsting for revenge, he convinces his friends to disguise themselves as the Black Diamonds and frame them for crimes. Now the bikers are on the run from the police...while the "Ivy League Killers" run wild in the streets!

Ivy League Killers was originally released in Canada as The Fast Ones. Director William Davidson and writer Norman Klenman had previously made an art film entitled Now That April's Here (1958). They were encouraged to make a biker movie by exhibitor Nat Taylor, who had noticed AIP and Allied Artists' success with similar pictures. Perhaps because of Davidson and Klenman's background as serious filmmakers, Ivy League Killers takes a more character-driven approach to the material. The best-known member of the cast to American audiences is actor Don Francks, remembered for Francis Ford Coppola's Finian's Rainbow (1968), guest appearances on The Man From U.N.C.L.E. (1966), Mission: Impossible (1968-1969), and voiceover roles in many cartoons. A lifelong activist and the father of singer-actress Cree Summer, he passed away in 2016.

SAVAGES FROM HELL (1968): A vicious biker gang invades invades a small Florida village populated by Mexican migrant workers. High Test, the bikers' leader, takes a shine to one of the workers' daughters, Teresa, mostly because of her tight fitting pants. He kidnaps the girl and keeps her chained up in a shack in the swamp. It's up to farmhand Reuben to lead an uprising against the bikers and remove them from the village once and for and all...even if they have to send the savages back home in boxes. Savages From Hell is a trashy epic from producer K. Gordon Murray. He is notorious for his badly-dubbed versions of Mexican films like The Robot vs.The Aztec Mummy (1957) and Santa Claus (1959). Heroic leading man Cyril Poitier is the older brother of actor Sidney Poitier, and later had small parts in his famous sibling's films.