An ex-Nazi lures unsuspecting tourists to his castle to be feasted on by his vampiric daughter./Beautiful young models are disappearing all over Prague, the victims of a cult that needs their blood to survive. 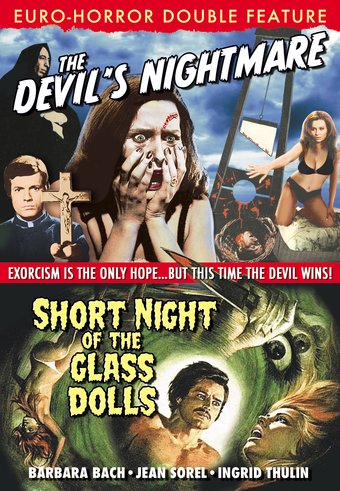 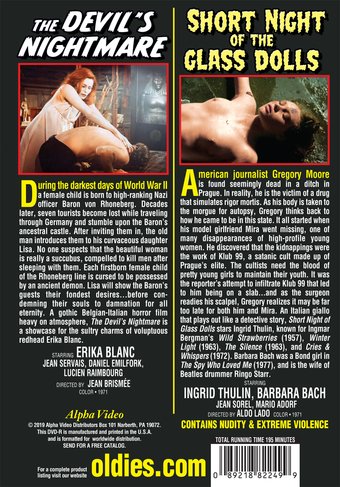 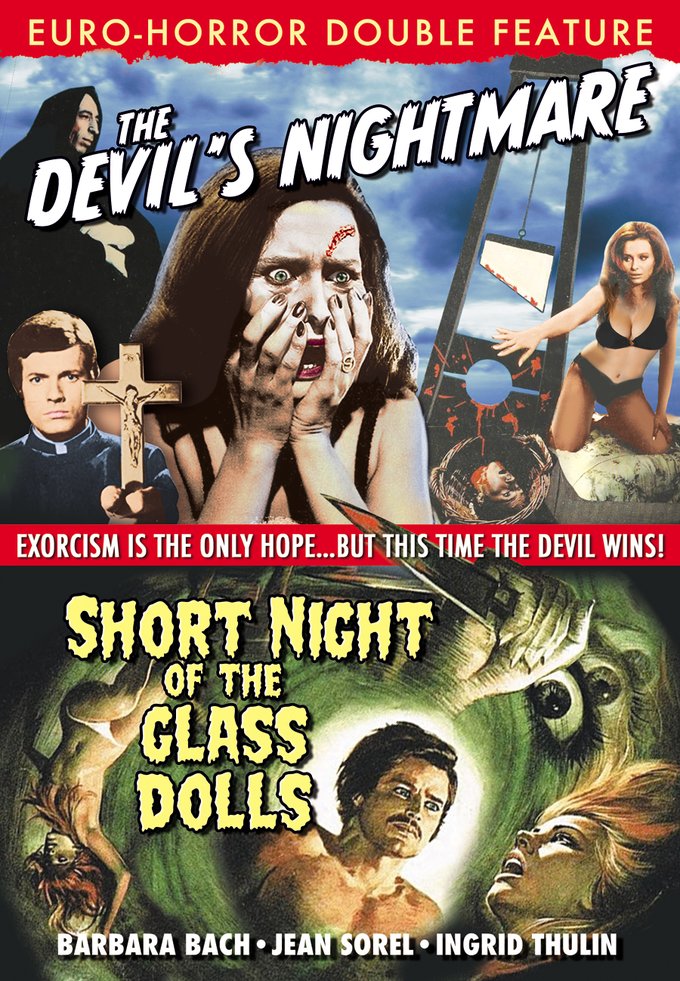 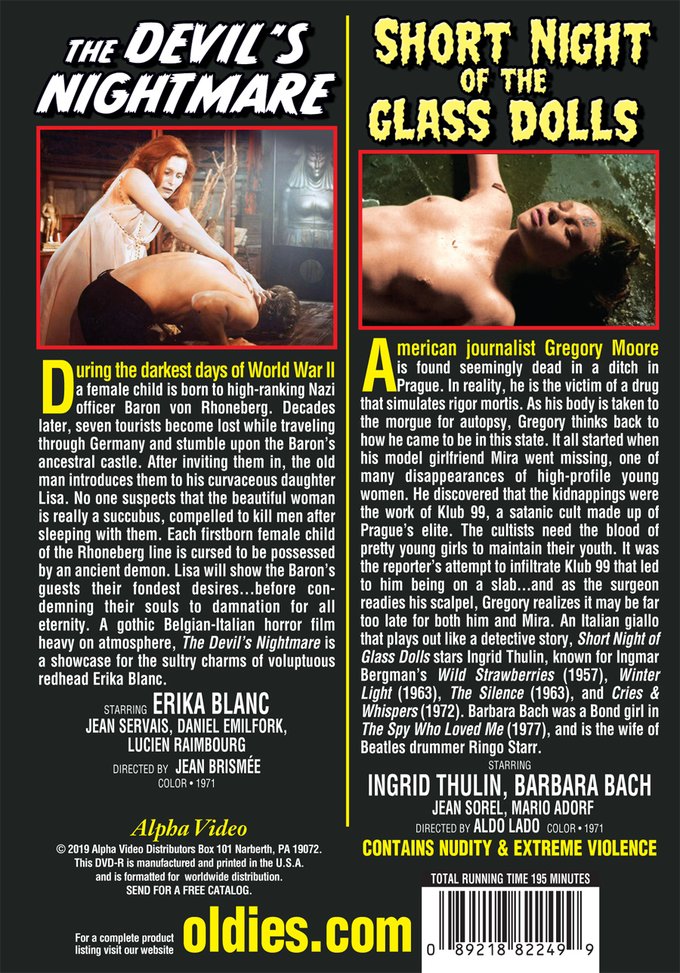 THE DEVIL'S NIGHTMARE (1971): During the darkest days of World War II, a female child is born to high-ranking Nazi officer Baron von Rhoneberg. Decades later, seven tourists become lost while traveling through Germany and stumble upon the Baron's ancestral castle. After inviting them in, the old man introduces them to his curvaceous daughter Lisa. No one suspects that the beautiful woman is really a succubus, compelled to kill men after sleeping with them. Each firstborn female child of the Rhoneberg line is cursed to be possessed by an ancient demon. Lisa will show the Baron's guests their fondest desires...before condemning their souls to damnation for all eternity. A gothic Belgian-Italian horror film heavy on atmosphere, The Devil's Nightmare is a showcase for the sultry charms of voluptuous redhead Erika Blanc.

SHORT NIGHT OF GLASS DOLLS (1971): American journalist Gregory Moore is found seemingly dead in a ditch in Prague. In reality, he is the victim of a drug that simulates rigor mortis. As his body is taken to the morgue for autopsy, Gregory thinks back to how he came to be in this state. It all started when his model girlfriend Mira went missing, one of many disappearances of high-profile young women. He discovered that the kidnappings were the work of Klub 99, a satanic cult made up of Prague's elite. The cultists need the blood of pretty young girls to maintain their youth. It was the reporter's attempt to infiltrate Klub 99 that led to him being on a slab...and as the surgeon readies his scalpel, Gregory realizes it may be far too late for both him and Mira. An Italian giallo that plays out like a detective story, Short Night of Glass Dolls stars Ingrid Thulin, known for Ingmar Bergman's Wild Strawberries (1957), Winter Light (1963), The Silence (1963), and Cries & Whispers (1972). Barbara Bach was a Bond girl in The Spy Who Loved Me (1977), and is the wife of Beatles drummer Ringo Starr.

65%off
Mysterious Islands and Fateful Journeys (The Mistress of...
$6.98 on Sale
Add to Cart