NME (Magazine): 5 stars out of 5 -- "[T]his devastating album is the work of an artist attempting to make sense of loss." 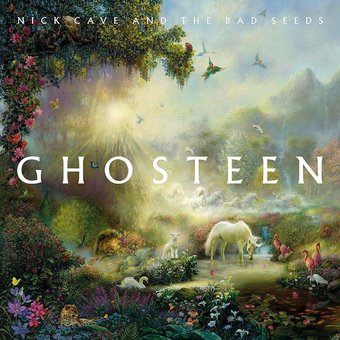 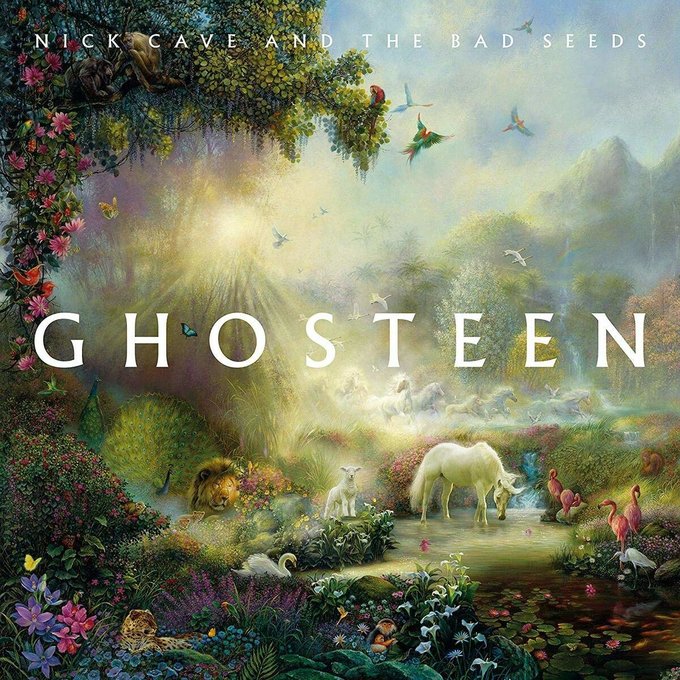 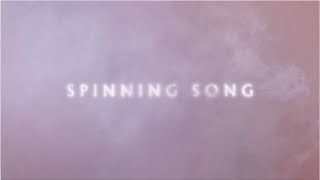 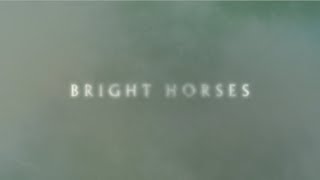 Rolling Stone
4.5 stars out of 5 -- "Perhaps the most surprising aspect of GHOSTEEN is the frankness of the lyrics. Although Cave still couches many of the songs in his own parables, it's easy to see the artist through his work."
Rolling Stone
Included in Rolling Stone's "The 50 Best Albums of 2019" -- "[T]he songs on GHOSTEEN were quiet, ethereal, and, most surprising, hopeful."
Uncut
"[T]he beauty of GHOSTEEN is the way it inhabits the darkness and still manages to harvest optimism. It is extreme stuff, singular in its design, ruthless in its execution."
Billboard - "[A] psyche-straining work of tenderness and loss more beautiful than anything the post-punk legend has made before in his four-decade career."
NME (Magazine)
5 stars out of 5 -- "[T]his devastating album is the work of an artist attempting to make sense of loss."
Pitchfork (Website) - "Forty years into his career, Nick Cave emerges with one of his most powerful albums yet, an endlessly giving and complex meditation on mortality and our collective grief."
Clash (Magazine) - "GHOSTEEN is another chapter in Cave's captivating quest for meaningful connection in a world where we so often feel disconnected..."

Personnel: Nick Cave (vocals, piano, synthesizer, background vocals); George Vjestica (guitar); Warren Ellis (violin, flute, piano, synthesizer, loops, background vocals); Bruce White (viola); Nick Cooper (cello); Tom Pigott-Smith (strings); James Sclavunos (vibraphone, percussion); Mary Scully (double bass); Thomas Wydler (drums); Kaushlesh Garry Purohit (tabla); Augustin Viard (ondes martenot).
Audio Mixers: Lance Powell; Nick Cave; Andrew Dominik; Warren Ellis.
Recording information: Air, London; Candybomber, Berlin; Nightbird, Los Angeles; Retreat, Brighton; Woodshed, Malibu.
Photographer: Matthew Thorne .
Plenty of artists have built careers out of writing about death, but only a tiny handful have shown the capacity to honestly and eloquently write about grief. Nick Cave knows more than a bit about grief, and he's been willing to stare into that particular abyss, doing so with a particularly keen focus on 2013's Push the Sky Away and 2016's Skeleton Tree, the latter partially informed by the death of his teenage son in 2015. Grief is hardly the only emotion that Cave and his ensemble the Bad Seeds explores on 2019's Ghosteen, but a sense of loss and a heavy heart permeates these songs like a thick fog, as well as the bonds of family and how they can bring us together and keep us apart. Ghosteen is a double album, and in a video that accompanied the album's online debut, Cave explained that, "The songs on the first album are the children, the songs on the second album are their parents," and though Cave's impressionistic lyrics rarely clarify their relationships or the roots of their troubles, these stories are not happy ones, though a powerful and abiding love is clearly visible just underneath the sorrow. Cave's vocals often seem more like recitations than singing (and that's literally what they are on the spoken word piece "Fireflies"), though the nuanced passion of his delivery is mesmerizing and ranks with the most affecting performances of his life. The strong murmur of the vocals is a match for the music, mostly composed of ghostly soundscapes built from sustained keyboards, piano, massed vocals, and very occasional rhythmic interjections. Ghosteen sounds like the musings of a handful of lost souls, each trapped in their own barren prairie with memories that soothe and ache at once, and its power is overwhelming while the volume is low-key. Anyone hoping that Cave and the Bad Seeds would make an album that recalls the eloquent clatter of their early work, let alone the noisy report of the Birthday Party or Grinderman, should take a hard pass on Ghosteen; this music values atmosphere over all else, and this essentially has nothing to do with rock & roll. Then again, Cave hasn't played much honest-to-goodness rock & roll in the decade prior to this release, and in its place he's created something that's rich and emotionally potent, and he's truly mastered his own creation. In the song "Bright Horses," Cave sings, "This world is plain to see/It don't mean we can't believe/In something," and the key to the album is in these words as Cave's protagonists search for a peace that will bring them out of the pain that has scarred them. If they never find those answers on Ghosteen, their search is the basis of a brave and extraordinary work from a visionary songwriter. ~ Mark Deming

Nick Cave
Lovely Creatures: The Best of Nick Cave and The Bad Seeds...
$17.20
Add to Cart

25%off
Crock of Gold: A Few Rounds with Shane MacGowan
$20.20 Super Savings
Add to Cart