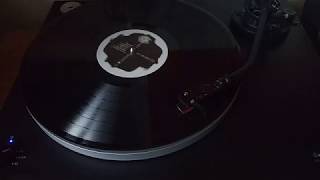 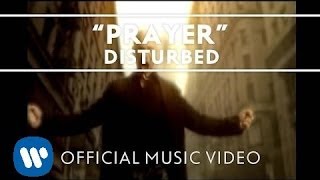 Rolling Stone - 10/3/02, p.100
3 stars out of 5 - "...Revealing more of their 80s roots...BELIEVE represents a skillful variation on the melodrama-meets-mayhem formula that has been driving successful new metal..."
Entertainment Weekly - 9/20/02, p.106
"...No nu-metal sounds on this solid second album, just old-fashioned drum bombs and MASTER OF PUPPETS-era guitar fuzz..." - Rating: B-
CMJ - 10/7/02
"...BELIEVE is a rock record in its truest sense....Disturbed focuses on stellar, solid songwriting bolstered by thick grooves and Dan Donegan's razor sharp riffs..."

This is an Enhanced CD, which contains both regular audio tracks and multimedia computer files.
Disturbed: David Draiman (vocals); Dan Donegan (guitar, keyboards); Fuzz (bass); Mike Wengren (drums).
Additional personnel: Alison Chesley (cello).
Taking the essence of classic metal and making it contemporary is a feat that Disturbed has accomplished with staggering results. While the band's debut only toyed with melodicism (much of THE SICKNESS was derivative of the growing stable of rap metal bands), BELIEVE is Disturbed's musical arrival. Razor-sharp syncopated riffing is melded with rock radio-friendly melodic vocals, making a jaw-dropping first impression with album-opener "Prayer." The track has the requisite elements to make it an instant metal classic. Disturbed's influences peek through their music, but not in a negative sense; it's clear that Pantera, Metallica and Queensryche were among the artists this band cut their teeth on.
"Intoxication" revisits the vocal style that broke the band with "Down With The Sickness," but vocalist David Draiman puts much more effort into a vocal approach that doesn't rely on gimmicks, especially with the big chorus in "Remember" and the splayed vocal harmonies in "Believe." Making the leap into rock balladry, the album closes on an emotional note with "Darkness." With BELIEVE, Disturbed show themselves to be much more than a one-trick pony; instead they carry the torch for metal in the new millennium.