The Road to Hollywood

Bing Crosby's rise to stardom is documented in this laugh-filled compilation of early short subjects made by Mack Sennett. 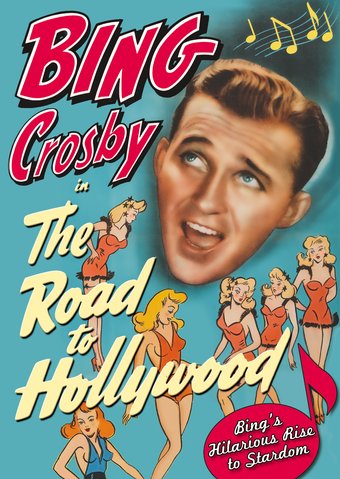 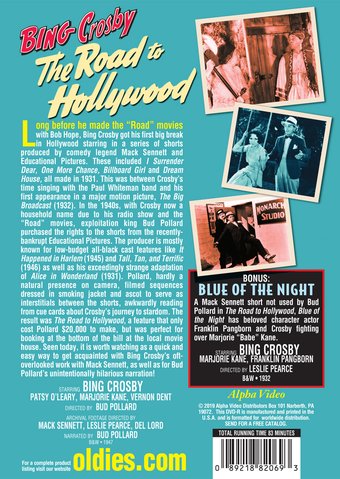 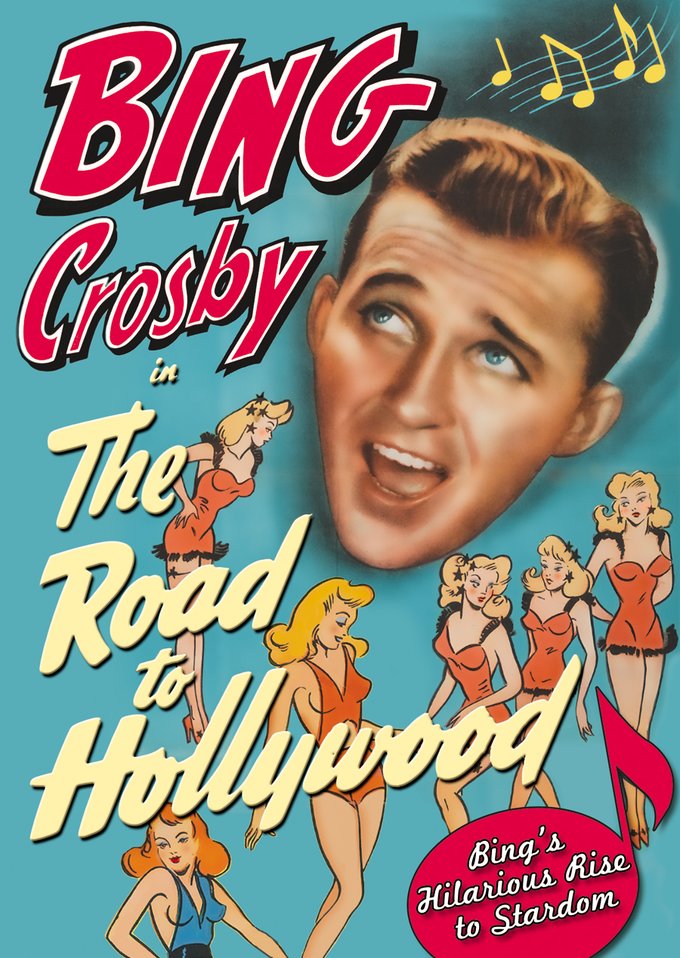 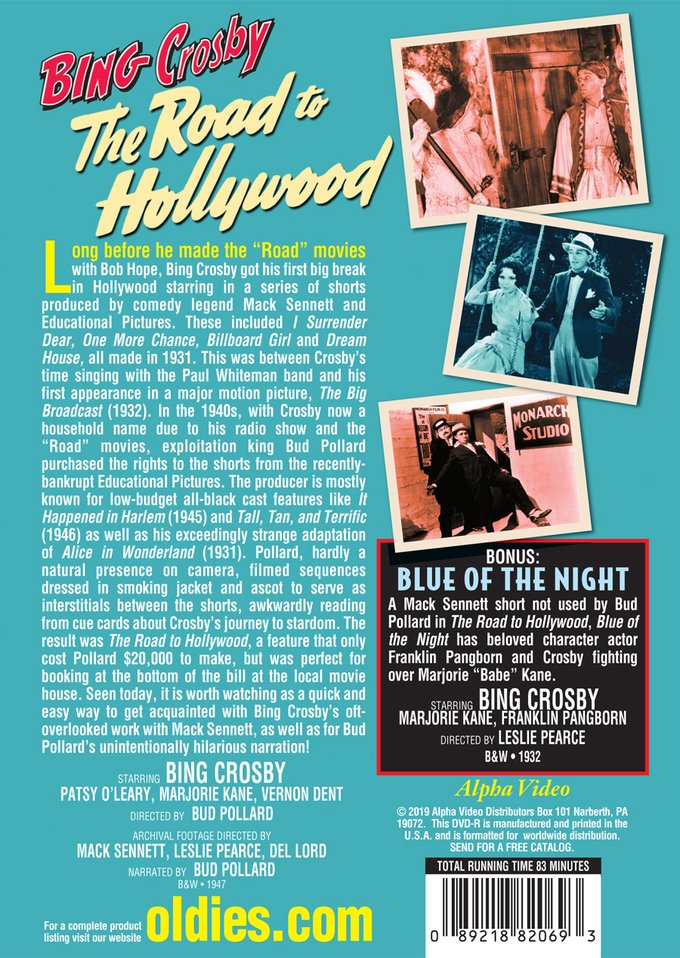 Long before he made the "Road" movies with Bob Hope, Bing Crosby got his first big break in Hollywood starring in a series of shorts produced by comedy legend Mack Sennett and Educational Pictures. These included I Surrender Dear, One More Chance, Billboard Girl and Dream House, all made in 1931. This was between Crosby's time singing with the Paul Whiteman band and his first appearance in a major motion picture, The Big Broadcast (1932). In the 1940s, with Crosby now a household name due to his radio show and the "Road" movies, exploitation king Bud Pollard purchased the rights to the shorts from the recently-bankrupt Educational Pictures. The producer is mostly known for low-budget all-black cast features like It Happened in Harlem (1945) and Tall, Tan, and Terrific (1946) as well as his exceedingly strange adaptation of Alice in Wonderland (1931). Pollard, hardly a natural presence on camera, filmed sequences dressed in smoking jacket and ascot to serve as interstitials between the shorts, awkwardly reading from cue cards about Crosby's journey to stardom. The result was The Road to Hollywood, a feature that only cost Pollard $20,000 to make, but was perfect for booking at the bottom of the bill at the local movie house. Seen today, it is worth watching as a quick and easy way to get acquainted with Bing Crosby's oft-overlooked work with Mack Sennett, as well as for Bud Pollard's unintentionally hilarious narration!

BONUS: Blue of the Night (1932): A Mack Sennett short not used by Bud Pollard in The Road to Hollywood, Blue of the Night has beloved character actor Franklin Pangborn and Crosby fighting over Marjorie "Babe" Kane.

16%off
The Greatest Showman
$8.40 Super Savings
Add to Cart