The Kid Stays in the Picture R

The Story Of A Man Who Seduced Hollywood. 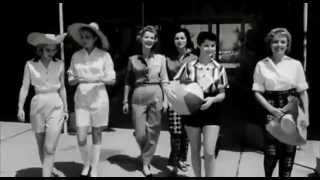 The Kid Stays In The Picture Official Trailer

Robert Evans got his break portraying Irving Thalberg in THE MAN OF A THOUSAND FACES. Evans would eventually become the next Thalberg as Vice President in charge of production at Paramount. The studio was destitute and confused in a changing marketplace in the late 1960s. Evans would guide Paramount to the top again with bold choices and successful films such as ROSEMARY'S BABY, LOVE STORY, and THE GODFATHER. He married LOVE STORY's star Ali McGraw and branched out as a producer for Paramount with more successes like CHINATOWN. Eventually, the "kid" would crash land, mired in cocaine and murder scandals, producing bombs such as THE COTTON CLUB.

This documentary begins quoting Evans, "There are three sides to every story--mine, yours and the truth." The film is unquestionably from Evans' side, chronicling the rise and fall and subsequent resurrection of the playboy mogul of Hollywood's last golden era. Nanette Burstein and Brett Morgen decided to film the highlights of Robert Evans' autobiography in the present tense with Evans himself narrating. A volatile, noirish prose is delivered from the producer who lampoons everyone from Mia Farrow to Paramount chief Charles Bludhorn. The visuals consist of highly manipulated photos, film clips, and original footage shot by John Bailey.

70%off
Confessions of a Superhero
$2.99 Super Savings
Add to Cart