It's a Revolution Mother

It's bikers versus hippies in this rare exploitation documentary exploring two different aspects of the late Sixties counterculture. Plus the gritty anti-drug short film 'A Day in the Death of Donny B' (1969). 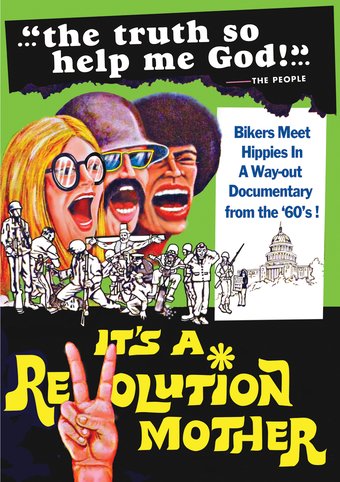 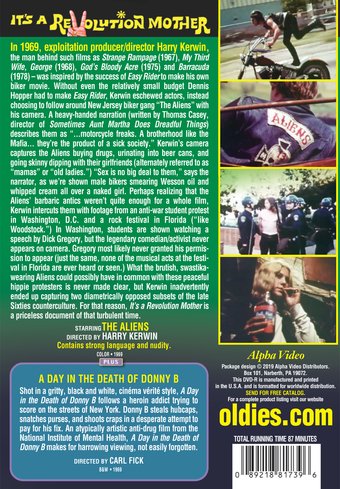 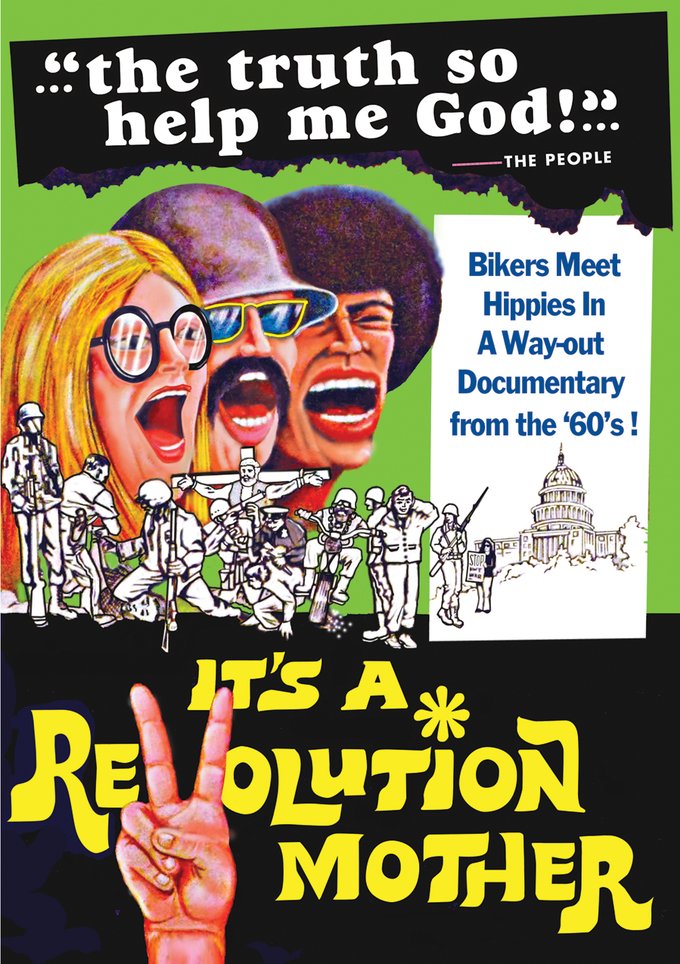 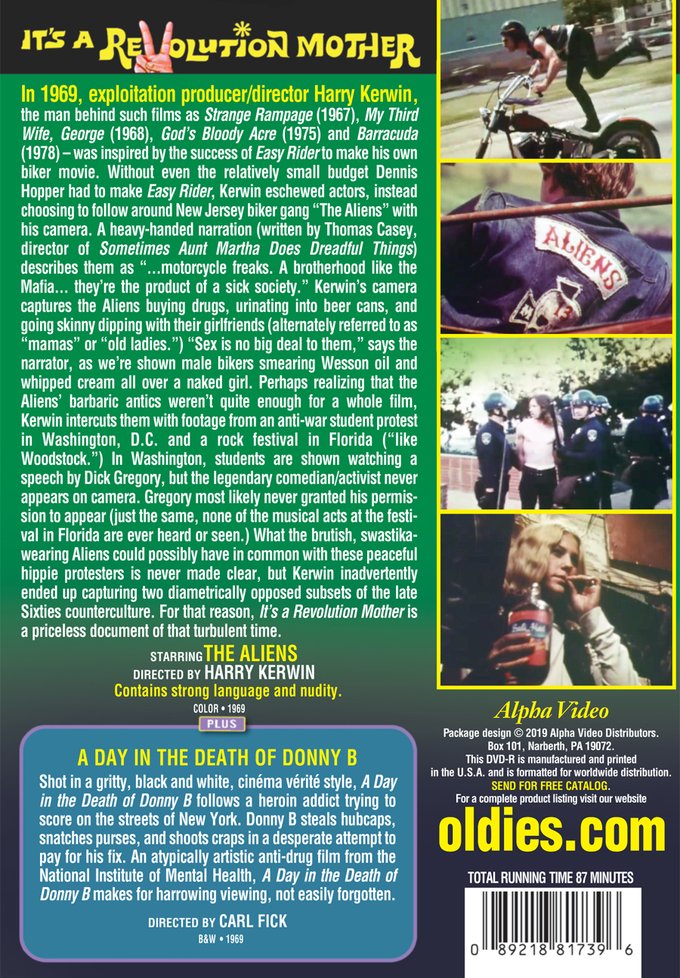 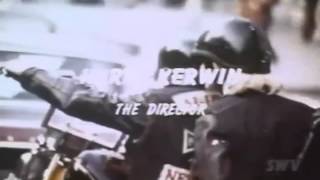 In 1969, exploitation producer/director Harry Kerwin – the man behind such films as Strange Rampage (1967), My Third Wife, George (1968), God's Bloody Acre (1975) and Barracuda (1978) – was inspired by the success of Easy Rider to make his own biker movie. Without even the relatively small budget Dennis Hopper had to make Easy Rider, Kerwin eschewed actors, instead choosing to follow around New Jersey biker gang "The Aliens" with his camera. A heavy-handed narration (written by Thomas Casey, director of Sometimes Aunt Martha Does Dreadful Things) describes them as "...motorcycle freaks. A brotherhood like the Mafia...they're the product of a sick society." Kerwin's camera captures the Aliens buying drugs, urinating into beer cans, and going skinny dipping with their girlfriends (alternately referred to as "mamas" or "old ladies.") "Sex is no big deal to them," says the narrator, as we're shown male bikers smearing Wesson oil and whipped cream all over a naked girl. Perhaps realizing that the Aliens' barbaric antics weren't quite enough for a whole film, Kerwin intercuts them with footage from an anti-war student protest in Washington, D.C. and a rock festival in Florida ("like Woodstock.") In Washington, students are shown watching a speech by Dick Gregory, but the legendary comedian/activist never appears on camera. Gregory most likely never granted his permission to appear (just the same, none of the musical acts at the festival in Florida are ever heard or seen.) What the brutish, swastika-wearing Aliens could possibly have in common with these peaceful hippie protesters is never made clear, but Kerwin inadvertently ended up capturing two diametrically opposed subsets of the late Sixties counterculture. For that reason, It's a Revolution Mother is a priceless document of that turbulent time. Contains strong language and nudity.

Harry Kerwin, best known for such exploitation fare as BARRACUDA and GOD'S BLOODY ACRE, directed this dull documentary focusing on the Aliens bike gang of New Jersey. There's some footage of a beach party where a man is unconvincingly beaten with chains, but most of the film is an uneventful look at the bikers' daily lives, consisting of tirades against "the Establishment," bike-polishing, and massive consumption of beer and marijuana. Kerwin also includes footage of the 1969 March on Washington and a Woodstock-like rock festival. Apparently he couldn't get the rights to actually show any of the bands, but there is a good deal of footage of hippies sitting around. As far as tedious hippie-era documentaries go, this would make a marvelous double bill with the 1968 REVOLUTION, which at least contains some good music and a few laughs. By itself, this is strictly for dedicated nostalgia buffs only.
This product is made-on-demand by the manufacturer using DVD-R recordable media. Almost all DVD players can play DVD-Rs (except for some older models made before 2000) - please consult your owner's manual for formats compatible with your player. These DVD-Rs may not play on all computers or DVD player/recorders. To address this, the manufacturer recommends viewing this product on a DVD player that does not have recording capability.

Dear Zachary: A Letter to a Son About His Father
$12.10 Super Savings
Add to Cart