Alice of Wonderland in Paris

Alice returns from Wonderland to encounter some of the most famous characters from children's literature in this enchanting animated feature film from the legendary Gene Deitch. Plus the Academy Award-winning short 'Moonbird' (1959). 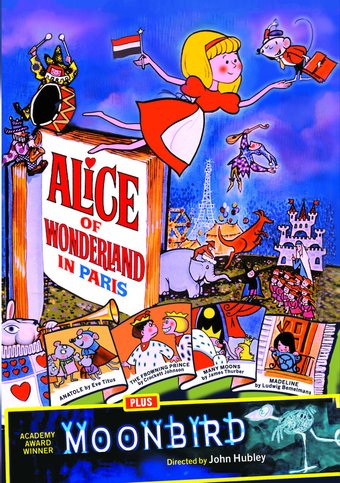 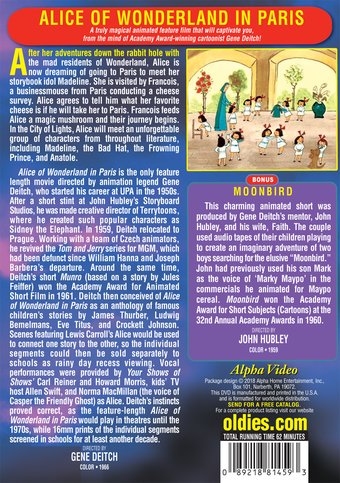 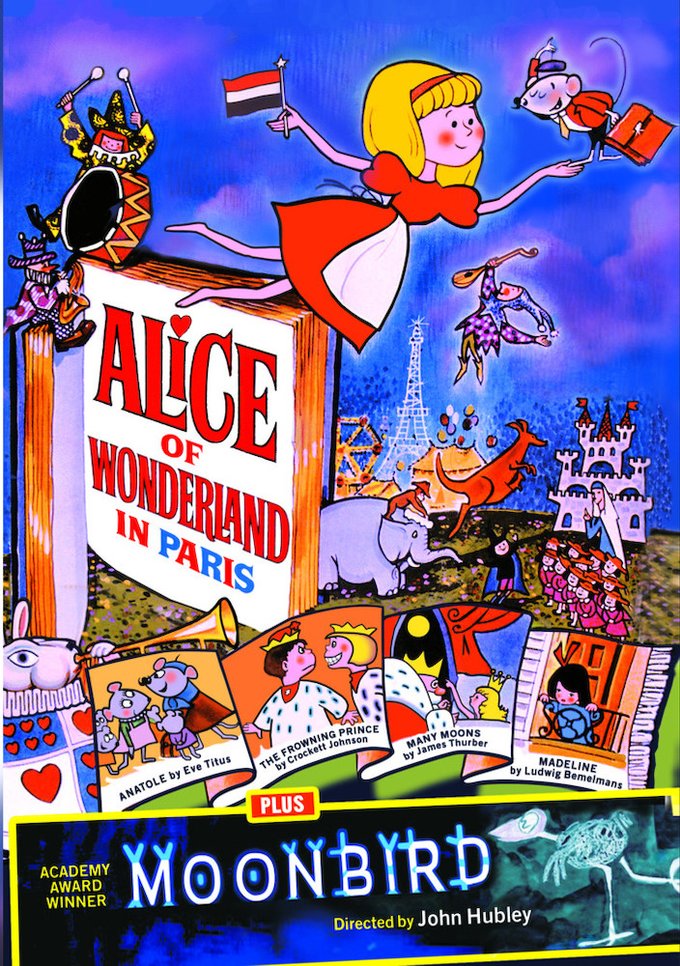 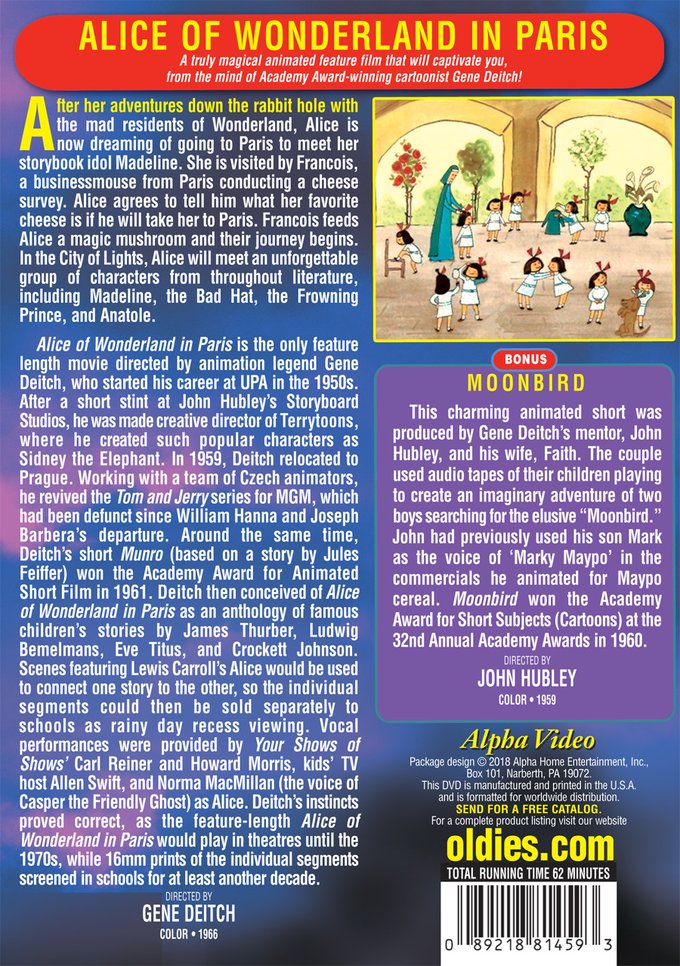 A truly magical animated feature film that will captivate you, from the mind of Academy Award-winning cartoonist Gene Deitch! After her adventures down the rabbit hole with the mad residents of Wonderland, Alice is now dreaming of going to Paris to meet her storybook idol Madeline. She is visited by Francois, a businessmouse from Paris conducting a cheese survey. Alice agrees to tell him what her favorite cheese is if he will take her to Paris. Francois feeds Alice a magic mushroom and their journey begins. In the City of Lights, Alice will meet an unforgettable group of characters from throughout literature, including Madeline, the Bad Hat, the Frowning Prince, and Anatole.

Alice of Wonderland in Paris is the only feature-length movie directed by animation legend Gene Deitch, who started his career at UPA in the 1950s. After a short stint at John Hubley's Storyboard Studios, he was made creative director of Terrytoons, where he created such popular characters as Sidney the Elephant. In 1959, Deitch relocated to Prague. Working with a team of Czech animators, he revived the Tom and Jerry series for MGM, which had been defunct since William Hanna and Joseph Barbera's departure. Around the same time, Deitch's short Munro (based on a story by Jules Feiffer) won the Academy Award for Animated Short Film in 1961. Deitch then conceived of Alice of Wonderland in Paris as an anthology of famous children's stories by James Thurber, Ludwig Bemelmans, Eve Titus, and Crockett Johnson. Scenes featuring Lewis Carroll's Alice would be used to connect one story to the other, so the individual segments could then be sold separately to schools as rainy day recess viewing. Vocal performances were provided by Your Shows of Shows' Carl Reiner and Howard Morris, kids' TV host Allen Swift, and Norma MacMillan (the voice of Casper the Friendly Ghost) as Alice. Deitch's instincts proved correct, as the feature-length Alice of Wonderland in Paris would play in theatres until the 1970s, while 16mm prints of the individual segments screened in schools for at least another decade.

BONUS: Moonbird (1959): This charming animated short was produced by Gene Deitch's mentor, John Hubley, and his wife, Faith. The couple used audio tapes of their children playing to create an imaginary adventure of two boys searching for the elusive "Moonbird." John had previously used his son Mark as the voice of 'Marky Maypo' in the commercials he animated for Maypo cereal. Moonbird won the Academy Award for Short Subjects (Cartoons) at the 32nd Annual Academy Awards in 1960.

Riders of the Whistling Skull (The Film Detective Restored...
$10
Add to Cart

25%off
Ub Iwerks: The ComiColor Cartoon Collection (DVD-R)
$5.95 on Sale
Add to Cart