3.5K ratings
Currently Out of Stock: We'll get more as soon as possible
Notify Me When Available
Add to Wishlist
Format:  DVD
item number:  XSUR 00099D
91% recommend us! 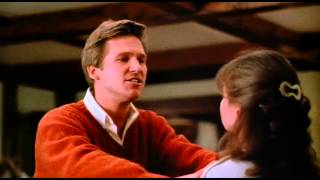 In this delightful remake of the Brazilian film DOÑA FLOR AND HER TWO HUSBANDS, a widow, Kay (Sally Field), finally moves back into the home she left after her spouse's death three years earlier, determined to let go of old memories of her popular, playful husband, Jolly (James Caan), and leap into her upcoming marriage to Rupert (Jeff Bridges), a stuffy Egyptologist. But the ghost of Jolly, who appears only to Kay, has something to say to her about remarrying, and Kay begins to have doubts about her future happiness just as everyone around her starts worrying about her sanity. Kay, Jolly, and Rupert develop an unlikely, otherworldly ménage à trois as the wedding inexorably approaches and forces Kay to decide where her heart belongs. The talented cast, guided by the light touch of director Robert Mulligan (SUMMER OF '42), dives lustily and wholeheartedly into the film's wonderfully cockeyed mix of romance, comedy, and the macabre.

A young woman about marry an Egyptologist is distressed by the sudden appearance of the ghost of her late husband.