A scandalous pre-Code classic about 3 ex-chorus girls working their way into the hearts of wealthy men, later remade as 'How To Marry a Millionaire.' 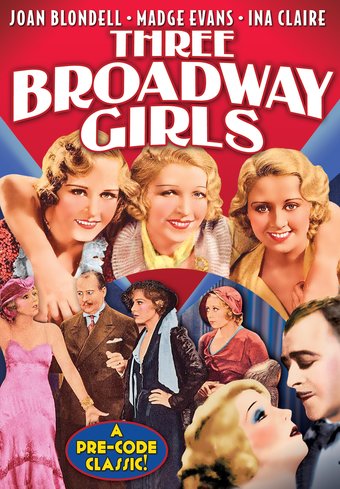 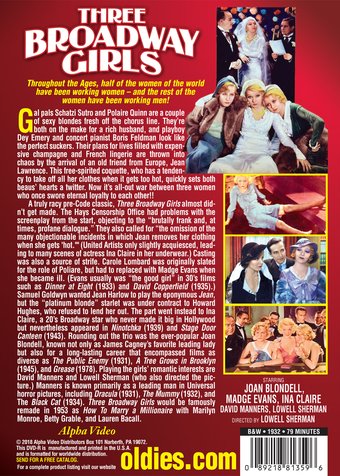 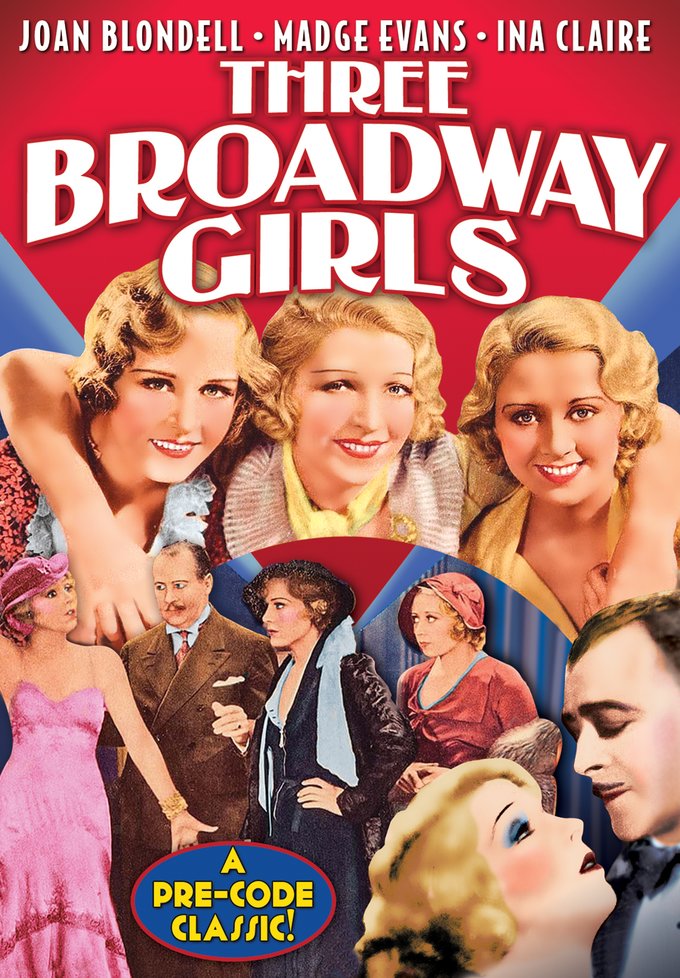 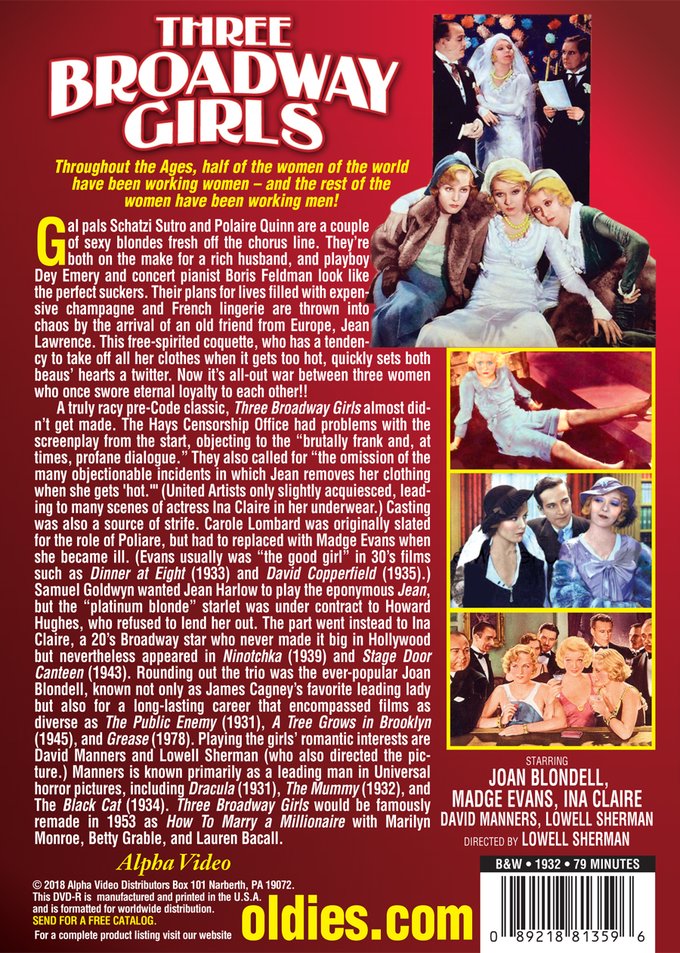 Gal pals Schatzi Sutro and Polaire Quinn are a couple of sexy blondes fresh off the chorus line. They're both on the make for a rich husband, and playboy Dey Emery and concert pianist Boris Feldman look like the perfect suckers. Their plans for lives filled with expensive champagne and French lingerie are thrown into chaos by the arrival of an old friend from Europe, Jean Lawrence. This free-spirited coquette, who has a tendency to take off all her clothes when it gets too hot, quickly sets both beaus' hearts a twitter. Now it's all-out war between three women who once swore eternal loyalty to each other!!

A truly racy pre-Code classic, Three Broadway Girls almost didn't get made. The Hays Censorship Office had problems with the screenplay from the start, objecting to the "brutally frank and, at times, profane dialogue." They also called for "the omission of the many objectionable incidents in which Jean removes her clothing when she gets 'hot.'" (United Artists only slightly acquiesced, leading to many scenes of actress Ina Claire in her underwear.) Casting was also a source of strife. Carole Lombard was originally slated for the role of Poliare, but had to replaced with Madge Evans when she became ill. (Evans usually was "the good girl" in 30's films such as Dinner at Eight (1933) and David Copperfield (1935).) Samuel Goldwyn wanted Jean Harlow to play the eponymous Jean, but the "platinum blonde" starlet was under contract to Howard Hughes, who refused to lend her out. The part went instead to Ina Claire, a 20's Broadway star who never made it big in Hollywood but nevertheless appeared in Ninotchka (1939) and Stage Door Canteen (1943). Rounding out the trio was the ever-popular Joan Blondell, known not only as James Cagney's favorite leading lady but also for a long-lasting career that encompassed films as diverse as The Public Enemy (1931), A Tree Grows in Brooklyn (1945), and Grease (1978). Playing the girls' romantic interests are David Manners and Lowell Sherman (who also directed the picture.) Manners is known primarily as a leading man in Universal horror pictures, including Dracula (1931), The Mummy (1932), and The Black Cat (1934). Three Broadway Girls would be famously remade in 1953 as How To Marry a Millionaire with Marilyn Monroe, Betty Grable, and Lauren Bacall.

Love Me Tonight
$19
Add to Cart