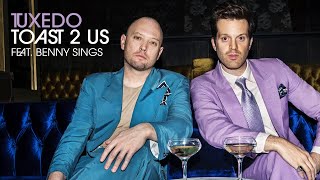 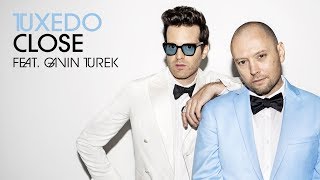 Before he moved west and became a retro-soul dreamboat, lovers of roller skate disco and electro-funk in his hometown of Ann Arbor, Michigan knew Mayer Hawthorne as DJ Haircut, and his mixtape Shoot the Duck, Vol. 1 was a prized possession. The disco, post-disco, and boogie tracks on that mix provide the inspiration for Tuxedo, a band formed by Hawthorne and Jake One, a fellow lover of those sweet sounds. The two had exchanged similarly smooth and funky disco mixtapes in 2006, then years later decided to make their own version. Unsurprisingly to anyone who's heard Hawthorne's note-perfect take on '60s soul, the duo proves to be masterful at re-creating the feel of the moment in the early '80s when disco began to die out and was replaced by the funkier sounds of boogie and electric funk. The duo conjures up visceral memories of the finest artists of the era, from Atlantic Starr to Zapp, treating the source material with care and making sure to never make jokes or come off even a little bit ironic. From the drum machines to the synth settings, everything is just right. The songs, too, are like lost nuggets of the era; "Lost Lover" is pure Gap Band swagger, "The Right Time" sounds like Billy Ocean getting AM radio funky, and "Two Wrongs" is a lovely quiet storm ballad with a perfect guitar solo. A few could have even been hits back then, and in 2015's post-"Get Lucky" landscape, too. The finger-popping "Do It" and "The Right Time" fit that bill. From beginning to end, the album is a happily reverent trip back to a time that's too often ignored by both disco and funk fans. ~ Tim Sendra

20%off
Mayer Hawthorne
A Strange Arrangement (Instrumentals)
$17.50 on Sale
Add to Cart