The Easter story is told in this rare film, starring Raymond Burr in an early role as Peter the Apostle. Presented as part of the long-running religious TV anthology series "Family Theatre." 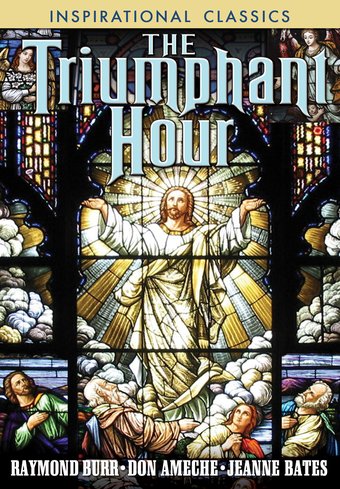 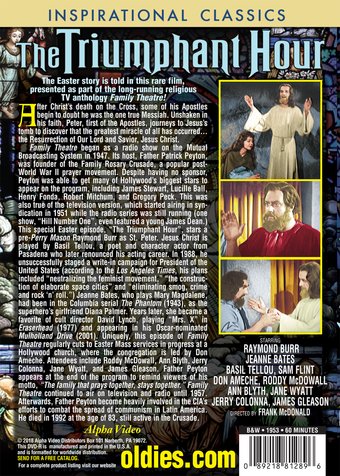 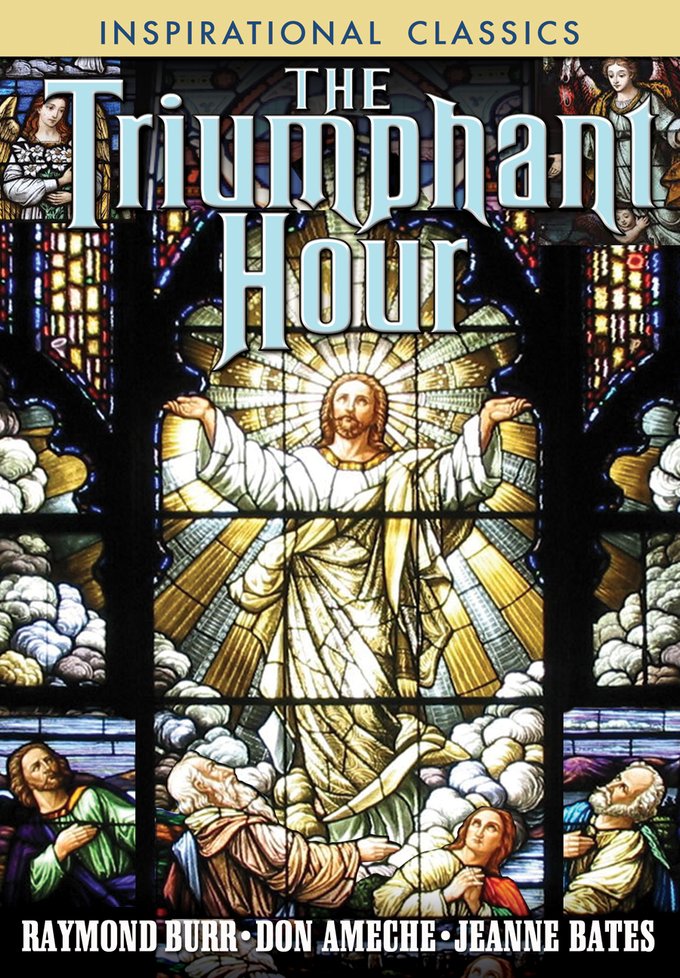 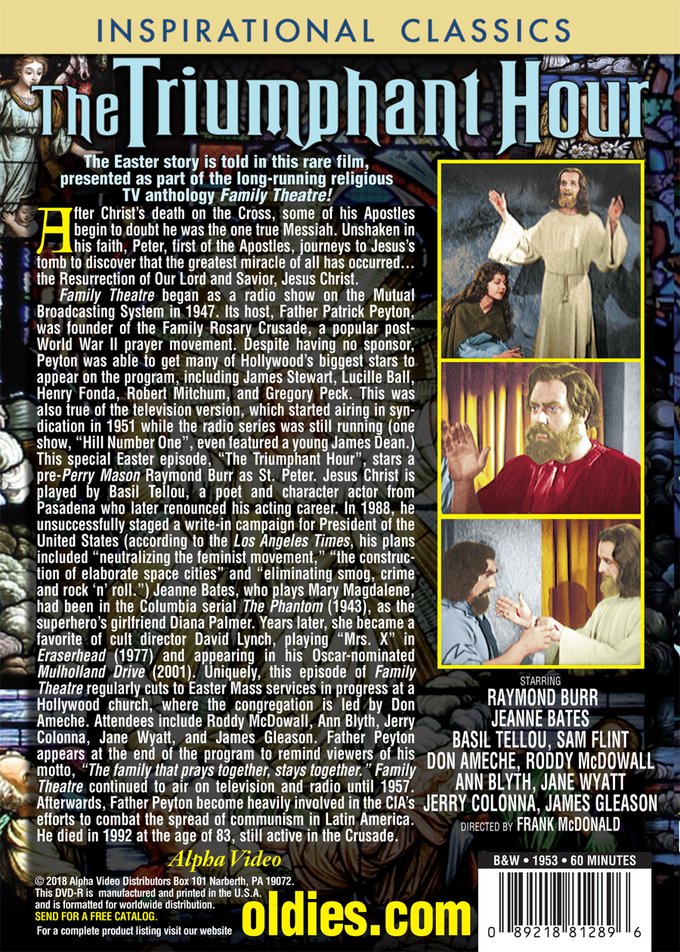 After Christ's death on the Cross, some of his Apostles begin to doubt he was the one true Messiah. Unshaken in his faith, Peter, first of the Apostles, journeys to Jesus's tomb to discover that the greatest miracle of all has occurred…the Resurrection of Our Lord and Savior, Jesus Christ.

Family Theatre began as a radio show on the Mutual Broadcasting System in 1947. Its host, Father Patrick Peyton, was founder of the Family Rosary Crusade, a popular post-World War II prayer movement. Despite having no sponsor, Peyton was able to get many of Hollywood's biggest stars to appear on the program, including James Stewart, Lucille Ball, Henry Fonda, Robert Mitchum, and Gregory Peck. This was also true of the television version, which started airing in syndication in 1951 while the radio series was still running (one show, "Hill Number One", even featured a young James Dean.) This special Easter episode, "The Triumphant Hour", stars a pre-Perry Mason Raymond Burr as St. Peter. Jesus Christ is played by Basil Tellou, a poet and character actor from Pasadena who later renounced his acting career. In 1988, he unsuccessfully staged a write-in campaign for President of the United States (according to the Los Angeles Times, his plans included "neutralizing the feminist movement," "the construction of elaborate space cities" and "eliminating smog, crime and rock 'n' roll.") Jeanne Bates, who plays Mary Magdalene, had been in the Columbia serial The Phantom (1943), as the superhero's girlfriend Diana Palmer. Years later, she became a favorite of cult director David Lynch, playing "Mrs. X" in Eraserhead (1977) and appearing in his Oscar-nominated Mulholland Drive (2001). Uniquely, this episode of Family Theatre regularly cuts to Easter Mass services in progress at a Hollywood church, where the congregation is led by Don Ameche. Attendees include Roddy McDowall, Ann Blyth, Jerry Colonna, Jane Wyatt, and James Gleason. Father Peyton appears at the end of the program to remind viewers of his motto, "The family that prays together, stays together." Family Theatre continued to air on television and radio until 1957. Afterwards, Father Peyton become heavily involved in the CIA's efforts to combat the spread of communism in Latin America. He died in 1992 at the age of 83, still active in the Crusade.