A collection of rare comedy shorts starring one of the biggest – and most controversial – laugh-makers in early silent cinema. 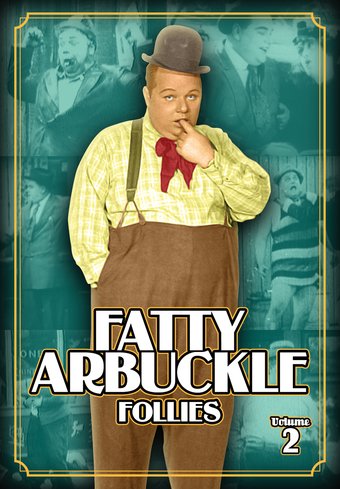 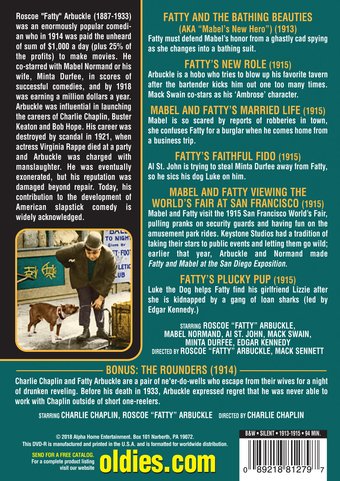 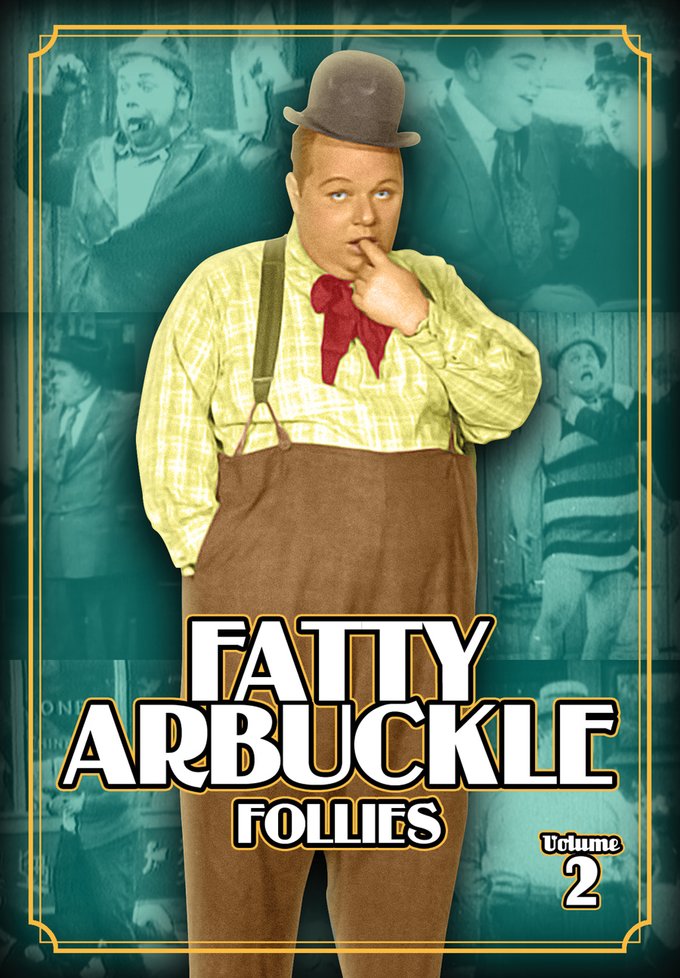 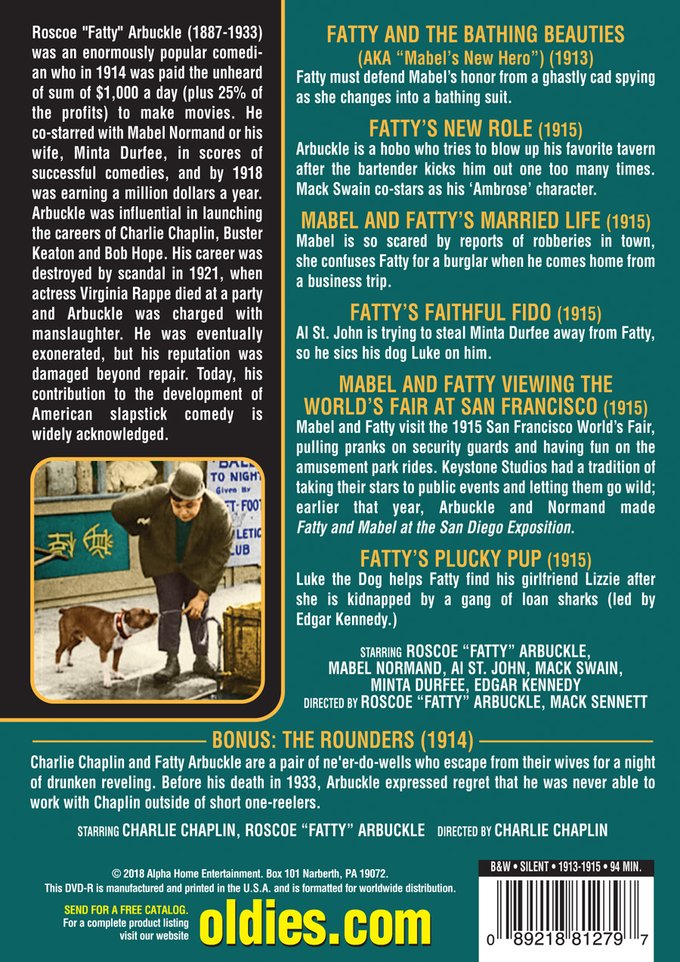 Roscoe "Fatty" Arbuckle (1887-1933) was an enormously popular comedian who in 1914 was paid the unheard of sum of $1,000 a day (plus 25% of the profits) to make movies. He co-starred with Mabel Normand or his wife, Minta Durfee, in scores of successful comedies, and by 1918 was earning a million dollars a year. Arbuckle was influential in launching the careers of Charlie Chaplin, Buster Keaton and Bob Hope. His career was destroyed by scandal in 1921, when actress Virginia Rappe died at a party and Arbuckle was charged with manslaughter. He was eventually exonerated, but his reputation was damaged beyond repair. Today, his contribution to the development of American slapstick comedy is widely acknowledged.

FATTY AND THE BATHING BEAUTIES (former title – "Mabel's New Hero") (1913): Fatty must defend Mabel's honor from a ghastly cad spying as she changes into a bathing suit.

FATTY'S NEW ROLE (1915): Arbuckle is a hobo who tries to blow up his favorite tavern after the bartender kicks him out one too many times. Mack Swain co-stars as his 'Ambrose' character.

MABEL AND FATTY'S MARRIED LIFE (1915): Mabel is so scared by reports of robberies in town, she confuses Fatty for a burglar when he comes home from a business trip.

FATTY'S FAITHFUL FIDO (1915): Al St. John is trying to steal Minta Durfee away from Fatty, so he sics his dog Luke on him.

MABEL AND FATTY VIEWING THE WORLD'S FAIR AT SAN FRANCISCO (1915): Mabel and Fatty visit the 1915 San Francisco World's Fair, pulling pranks on security guards and having fun on the amusement park rides. Keystone Studios had a tradition of taking their stars to public events and letting them going wild; earlier that year, Arbuckle and Normand made Fatty and Mabel at the San Diego Exposition.

FATTY'S PLUCKY PUP (1915): Luke the Dog helps Fatty find his girlfriend Lizzie after she is kidnapped by a gang of loan sharks (led by Edgar Kennedy.)

BONUS: THE ROUNDERS (1914): Charlie Chaplin and Fatty Arbuckle are a pair of ne'er-do-wells who escape from their wives for a night of drunken revelling. Before his death in 1933, Arbuckle expressed regret that he was never able to work with Chaplin outside these short one-reelers.