Get email alerts for The Temptations
Special Order Item: Usually ships in 7-14 days
LOW STOCK:
Only 3 copies left
Add to Cart
Add to Wishlist
Format:  Vinyl LP
item number:  78DD6
Related products:
The Supremes: Number Ones [import] for $34.80
The Temptations: All The Time for $16.95
91% recommend us! 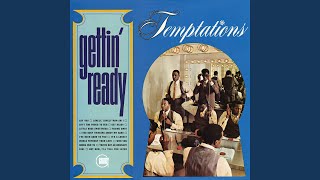 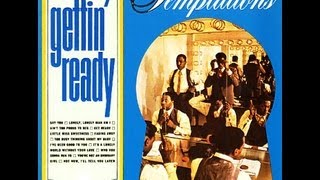 The Temptations - Say You (Music Video)

This 1999 reissue includes two bonus tracks not on the original release.
The Temptations: David Ruffin, Eddie Kendricks, Otis Williams, Paul Williams, Melvin Franklin.
Producer include: William "Smokey" Robinson, Norman Whitfield, William "Micky" Stevenson, Ivy Jo Hunter.
Originally released on Gordy (918). Includes liner notes by Harry Weinger.
All tracks have been digitally remastered using 24-bit technology.
The marvelous title track alone, with Eddie Kendricks gliding into the stratosphere, made this an instant winner. There were several fine songs that weren't hits, such as "Not Now, I'll Tell You Later" and "I've Been Good to You," and there sure wasn't anything wrong with powerhouse cuts like "Ain't Too Proud to Beg." The Temptations would score four straight number one hits in the mid-'60s, each one an unforgettable classic. ~ Ron Wynn