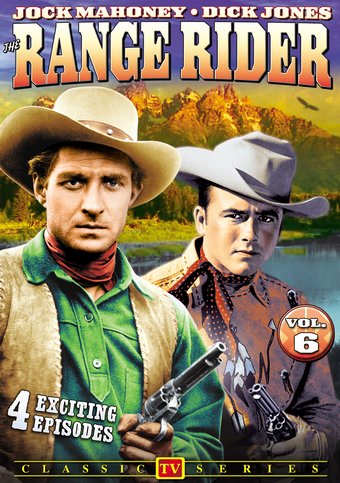 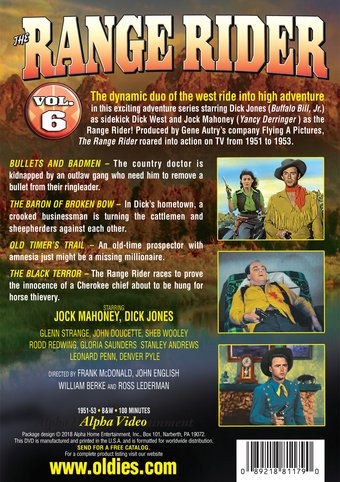 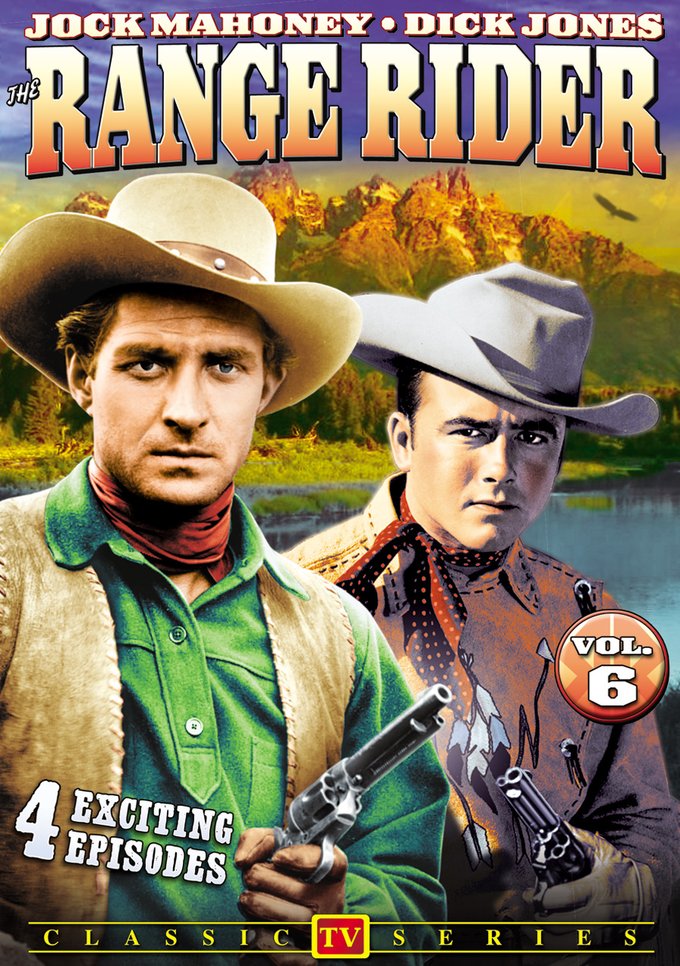 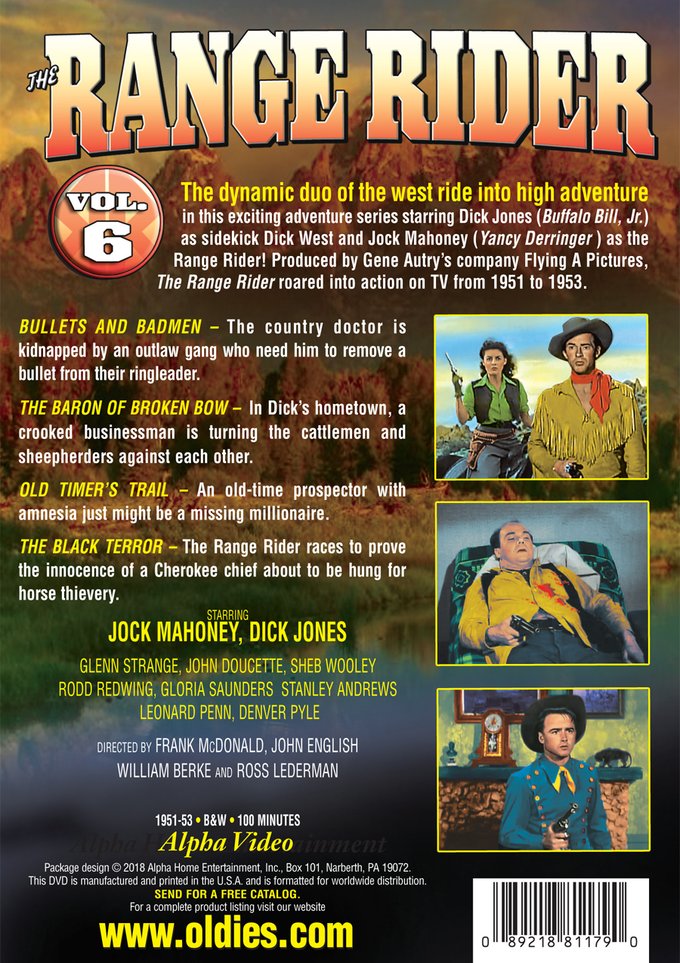 The dynamic duo of the west ride into high adventure in this exciting adventure series starring Dick Jones (Buffalo Bill, Jr.) as sidekick Dick West and Jock Mahoney (Yancy Derringer) as the Range Rider! Produced by Gene Autry's company Flying A Pictures, The Range Rider roared into action on TV from 1951 to 1953.

BULLETS AND BADMEN: The country doctor is kidnapped by an outlaw gang who need him to remove a bullet from their ringleader.

THE BARON OF BROKEN BOW: In Dick's hometown, a crooked businessman is turning the cattlemen and sheepherders against each other.

OLD TIMER'S TRAIL: An old-time prospector with amnesia just might be a missing millionaire.

CHEROKEE ROUND-UP: The Range Rider races to prove the innocence of a Cherokee chief about to be hung for horse thievery.