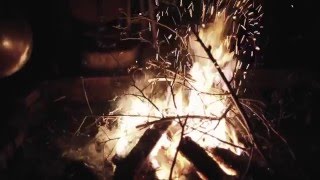 Set for release on June 10 on Suitcase Town Music, Gregory Alan Isakov with the Colorado Symphony marks a milestone for the Colorado-based singer-songwriter, re-imagining songs from his previous three studio albums‰ - The Weatherman, This Empty Northern Hemisphere, and That Sea, the Gambler‰ along with the debut studio recording of ‰''Liars,‰'' a fan favorite that‰'s been a staple of his concerts for the past few years. The album will be released on limited-edition LP, CD, and digitally. With orchestral arrangements by Tom Hagerman (DeVotchKa) and Jay Clifford (Jump, Little Children) and with the Colorado Symphony Orchestra‰'s Scott O‰'Neil conducting nearly 70 classical musicians, the songs are cast in new and revelatory hues. Isakov and his band will take the record on the road this summer with a symphonic ensemble dubbed The Ghost Orchestra, a collective of Colorado musicians (some whom are also members of the Colorado Symphony). Also this summer, he‰'ll collaborate with other symphonies: the Atlanta Symphony Orchestra, the Philadelphia Youth Orchestra, the Vermont Symphony Orchestra, and the National Symphony Orchestra‰ all part of the tour that kicks off in early June.

Gregory Alan Isakov
That Sea, The Gambler
$19
Add to Cart

Damien Jurado
Brothers And Sisters Of The Eternal Son
$13.50
Add to Cart

16%off
The Barr Brothers
Queens Of The Breakers (COLORED VINYL LIMITED)
$23.50
Add to Cart

Gregory Alan Isakov
That Sea, the Gambler
$14.50
Add to Cart