U2 The Unforgettable Fire

Q (Magazine): 4 stars out of 5 -- "As the transitional work that propelled U2 into the elite stratospheres of global stadium rock, THE UNFORGETTABLE FIRE is aptly named."

Get email alerts for U2
207 ratings
Available: Usually ships in 3-5 business days
Only 4 copies left
Add to Cart
Add to Wishlist
Format:  CD
item number:  35RVR
Our customers love us! 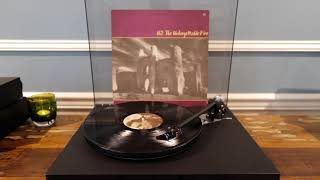 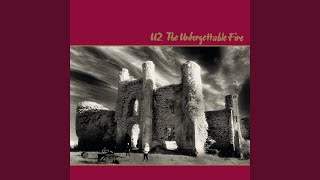 Rolling Stone - p.75
4.5 stars out of 5 -- "The transcendent 'Bad' is the triumph..."
Q - 10/96, p.189
5 Stars - Indispensable - "...the making of THE UNFORGETTABLE FIRE witnessed the first signs of a remarkable chemistry between an artfully analytical producer and a peak-of-powers group....simply sounds timeless..."
Uncut
3 stars out of 5 -- "The Edge's delay unit ceased to be a mere effect and became an instrument in itself, defining the entire rhythm and texture of songs..."
Q (Magazine) - p.130
4 stars out of 5 -- "As the transitional work that propelled U2 into the elite stratospheres of global stadium rock, THE UNFORGETTABLE FIRE is aptly named."
Record Collector (magazine) - p.93
3 stars out of 5 -- "Brian Eno produces for the first time, helping the quartet make the leap from traditional rock group to something more ambient and adventurous."

U2: Bono (vocals); The Edge (guitar, keyboards, vocals); Adam Clayton (bass);
Larry Mullen, Jr. (drums).
Additional personnel: Paul Barrett (synthesizer); Brian Eno, Daniel Lanois.
Recorded at Slane Castle, County Meath and Windmill Lane Studios, Dublin, Ireland.
Personnel: Daniel Lanois , Brian Eno (vocals).
Liner Note Authors: Brian Eno; Daniel Lanois .
With a title inspired by an exhibition of paintings by Hiroshima and Nagasaki survivors, THE UNFORGETTABLE FIRE confirmed U2 as one of a handful of bands able to tackle such vast and emotive subjects with dignity and musical integrity. There are few artists capable of writing about religion, war, race, politics, and life with such ferocity and global commercial success. 'Pride (In The Name Of Love)', an elegy for Martin Luther King, was a breakout hit, and every track--wrapped in the Edge's impressionistic guitar splashes--reveals a quartet hungry for the world stage. The production by Brian Eno and Daniel Lanois was a taste of things to come.

16%off
U2
Achtung Baby: A Classic Album Under Review
$11.70 Super Savings
Add to Cart