The "terrible trio" of Summer of '42 has graduated high school. Now the real learning begins. For Benjy, 1944 is a time to serve his country. Hermie and Oscy want to enlist but they also serve who stand and study! 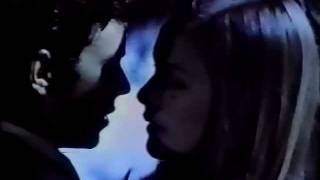 The "terrible trio" of Summer of '42 has graduated high school. Now the real learning begins. Gary Grimes, Jerry Houser and Oliver Conant return in writer Herman Raucher's continued tale of coming of age in World War II's shadow. For Benjy (Conant), 1944 is a time to serve his country. Hermie (Grimes) and Oscy (Houser) want to enlist but they also serve who stand and study! At their parents' insistence, they enroll at an eastern university. There, Oscy asserts his priorities: football - and a curvaceous 32-year-old pass receiver of another kind. Hermie falls for an aspiring journalist (Deborah Winters), a romance that forms the movie's central story. Directed with sensitivity by five-time Emmy winner Paul Bogart and suffused with details of wartime home front life, Class of '44 graduates with honors.

Hermie, Oscy, and Benjy of The Summer of '42 are back, and now they're living under the threat of World War as they begin their college careers. Sexual politics in the 40's. Film debut for John Candy.

Enemy at the Gates
$6.80 Super Savings
Add to Cart