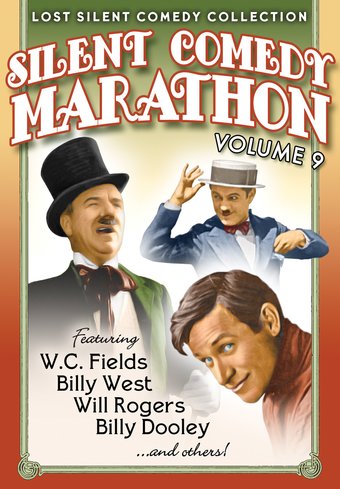 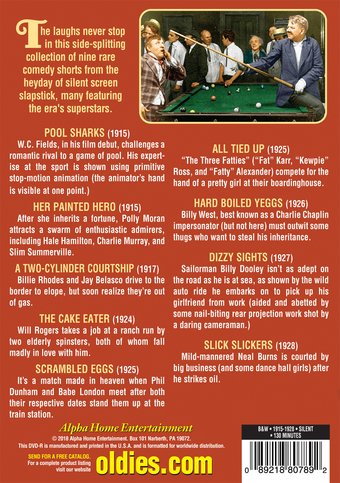 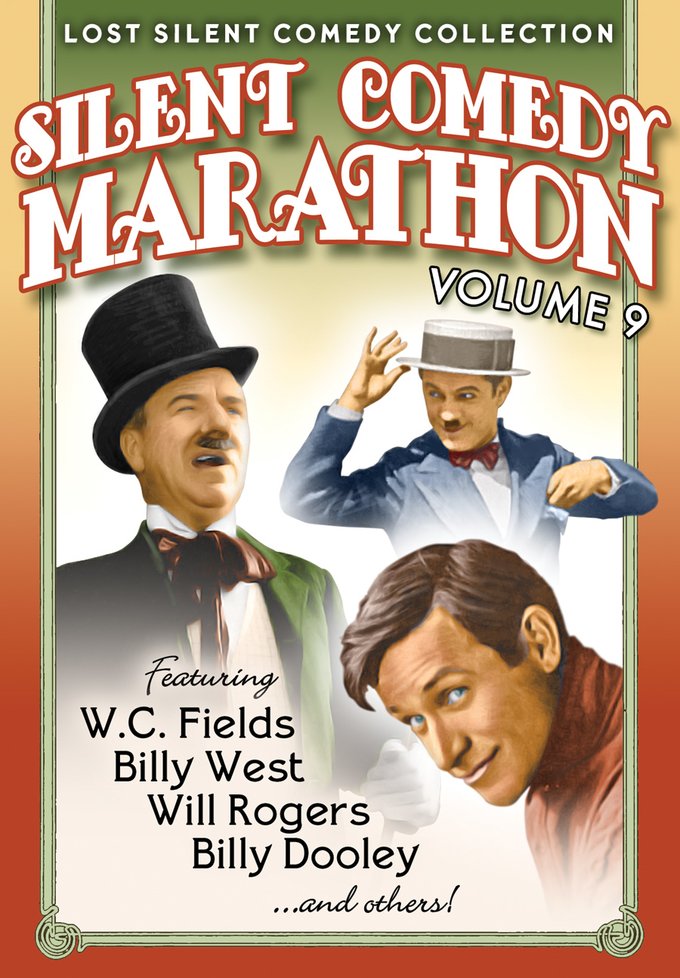 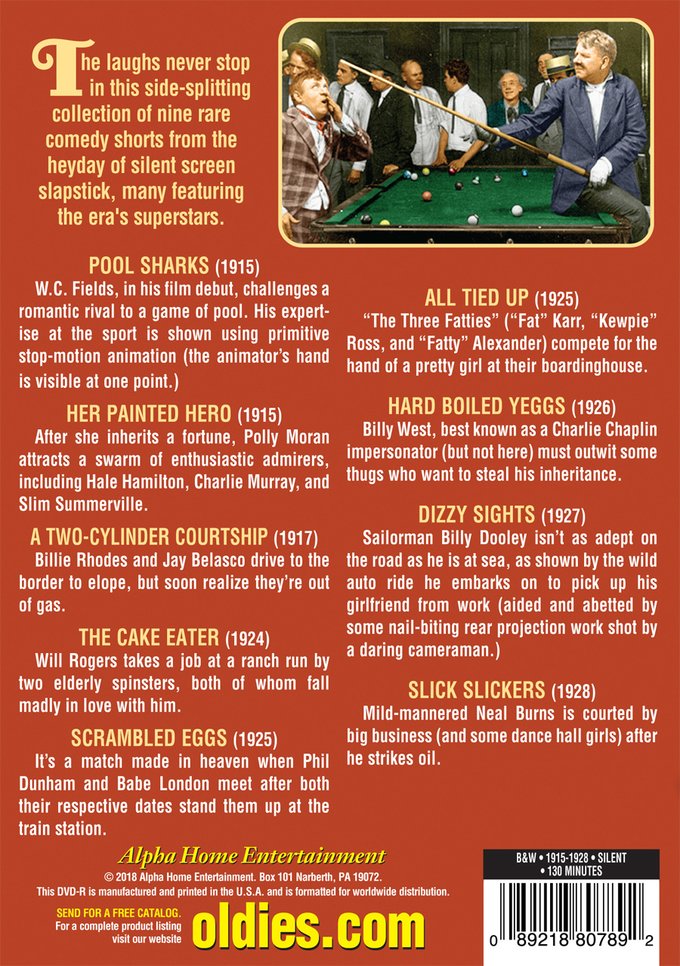 POOL SHARKS (1915): W.C. Fields, in his film debut, challenges a romantic rival to a game of pool. His expertise at the sport is shown using primitive stop-motion animation (the animator's hand is visible at one point.)

HER PAINTED HERO (1915): After she inherits a fortune, Polly Moran attracts a swarm of enthusiastic admirers, including Hale Hamilton, Charlie Murray, and Slim Summerville.

A TWO-CYLINDER COURTSHIP (1917): Billie Rhodes and Jay Belasco drive to the border to elope, but soon realize they're out of gas.

THE CAKE EATER (1924): Will Rogers takes a job at a ranch run by two elderly spinsters, both of whom fall madly in love with him.

SCRAMBLED EGGS (1925): It's a match made in heaven when Phil Dunham and Babe London meet after both their respective dates stand them up at the train station.

ALL TIED UP (1925): "The Three Fatties" ("Fat" Karr, "Kewpie" Ross, and "Fatty" Alexander) compete for the hand of a pretty girl at their boardinghouse.

HARD BOILED YEGGS (1926): Billy West, best known as a Charlie Chaplin impersonator (but not here) must outwit some thugs who want to steal his inheritance.

DIZZY SIGHTS (1927): Sailorman Billy Dooley isn't as adept on the road as he is at sea, as shown by the wild auto ride he embarks on to pick up his girlfriend from work (aided and abetted by some nail-biting rear projection work shot by a daring cameraman.)

SLICK SLICKERS (1928): Mild-mannered Neal Burns is courted by big business (and some dance hall girls) after he strikes oil.