A colossal silver airship looms out of the clouds above the English Channel, and then is swallowed in a silent mist. This is Germany's Zeppelin, the most feared air weapon of World War I. 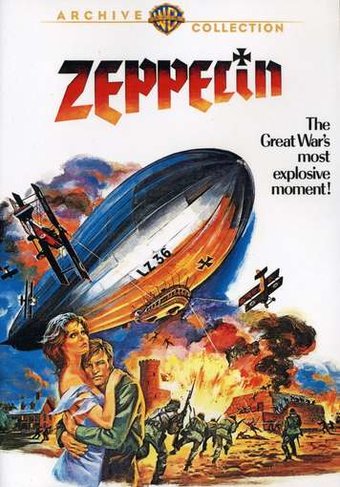 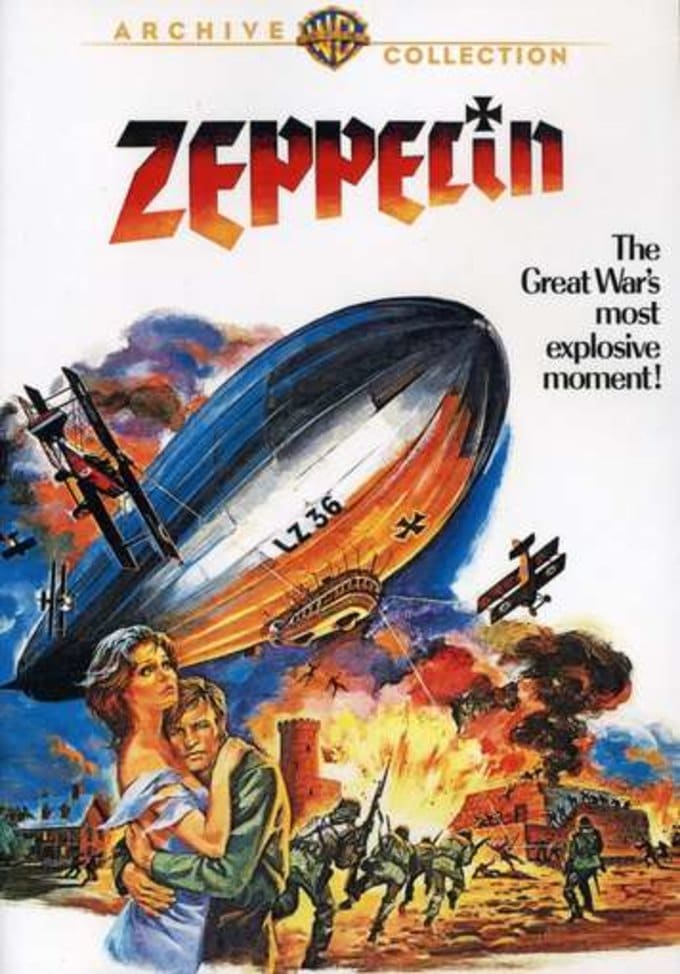 A colossal silver airship looms out of the clouds above the English Channel, then is swallowed in a silent mist. This is Germany's Zeppelin, the most feared air weapon of World War I. Michael York (Cabaret, Logan's Run) stars as Lt. Geoffrey Richter-Douglas, a German-born Scot asked by the British to infiltrate a German zeppelin works. Although he knows he'll be branded as a traitor and mistrusted, he agrees. In what seems like luck, Richter-Douglas is invited aboard a zeppelin trial run, but that luck turns ominous once airborne. A German commandant initiates a daring raid over England - and Richter-Douglas finds that his knowledge of the Scottish countryside is the key to the mission's success. Hold on tight as this suspenseful adventure - complete with spectacular special effects - takes you soaring.

An Englishman of German descent is plunged into turmoil when he is sent by his government to infiltrate a German dirigible works during World War I, but finds himself picked as the key player in the plans of a German commandant to launch an airship attack on the Scottish coast.

Geoffrey Richter-Douglas, a British officer of German/Scottish origin, is recruited as a spy by the British armed forces during WWI. He is then ordered to defect to the German side and collect intelligence on Germany's new ultimate weapon: the Zeppelin. Originally designed for tourist use, this dirigible was adapted for warfare because it could attain altitudes unreachable by any contemporary flying machine.
Geoffrey quickly assimilates into the German hierarchy and is entrusted to navigate the Zeppelin's first training run. As it turns out, however, this maiden voyage is not a training run, but an attack on a British historic site. Unable to warn the English authorities, Geoffrey must figure out a way of preventing the German strike.