Two Italian gangster pictures from the 1970s! 'Crime Boss' – Telly Savalas plays a mob boss looking for a protege to take over the family business. 'Emergency Squad' – A cop is obsessed with bringing the mobster who killed his wife to justice. 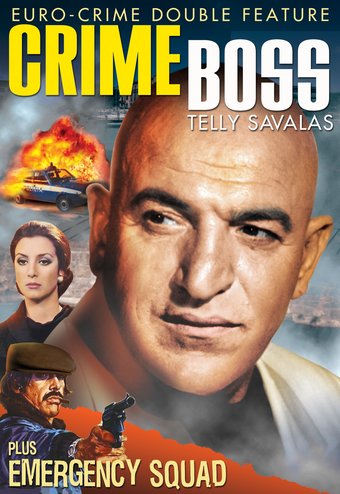 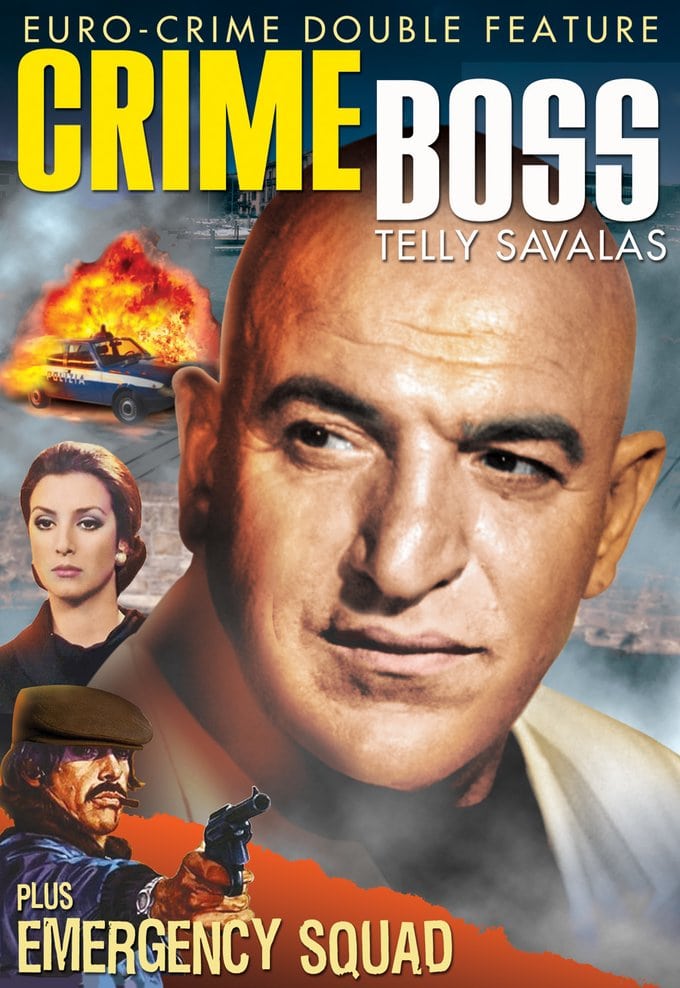 The Italian "poliziotteschi" film was a new kind of crime picture in ascendance during the 1970s. With hard-bitten loner heroes and brutal, often over-the-top violence, these movies reflected the escalating crime rates and political turmoil in Italy at the time. Many of them were popular enough to be dubbed into English and given a theatrical release in the United States.

CRIME BOSS (1972): Hitman Antonio Mancuso struggles to make a name for himself in the underworld. Years ago, his mobster father snitched on his superiors, and his son has born that mark of shame ever since. Traveling to Italy, Antonio seeks an audience with Mafia boss Don Vincenzo. To his surprise, the elder gangster takes a shine to the resourceful young crook. Soon Antonio is Don Vincenzo's right-hand man. But Antonio is not satisfied with the old man's affection...he wants his power, too. To take Don Vincenzo's position as head crime boss, Antonio will have to kill the closest thing to a father he's ever had…

Released the same year as The Godfather, Crime Boss stars Telly Savalas during a period in which he was making unusual films in Europe, including Horror Express (1972) and Redneck (1973). The following year he would truly become a household name with the hit TV series Kojak (1973-1978). Leading man Antonio Sabàto is the father of model/soap opera star Antonio Sabàto, Jr. Director Alberto De Martino specialized in low budget Italian knock-offs of American blockbusters. The most notorious of these are 1974's The Antichrist (The Exorcist) and 1980's The Pumaman (Superman).

EMERGENCY SQUAD (1974): Gustav Ravelli is a cop haunted by his wife's unsolved murder. While investigating a daring heist, he realizes the culprit is the same man who murdered his wife. Now nothing will stop the maverick cop from getting his revenge. Emergency Squad is a stylish, hard-hitting actioner starring "tough guy" actor Tomas Milian, who got his start in Spaghetti Westerns the previous decade.