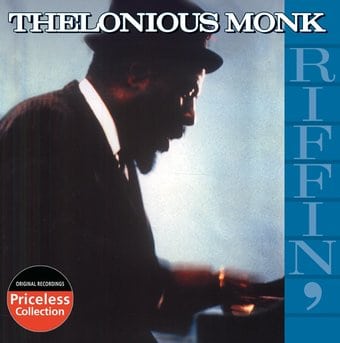 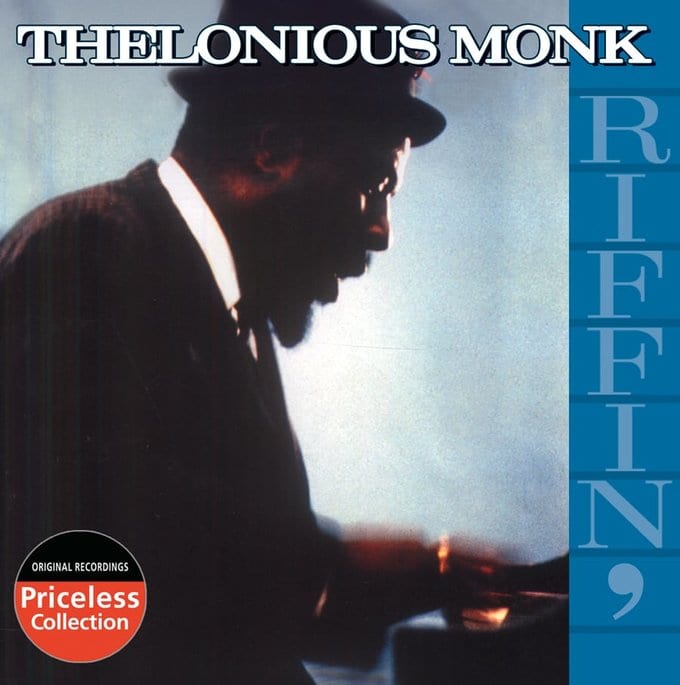 A budget-priced 10-track collection of favorites from Thelonius Monk. All original recordings.

Thelonious Monk's Columbia years in the 1960s aren't always given the same degree of attention as his earlier tenure with Blue Note and Riverside, but never has his eccentric genius for fractal-style composition and skittering, angular piano runs been so well recorded. Monk had found his most sympathetic sideman in tenor sax player Charlie Rouse by this time, and although Monk played with Sonny Rollins, John Coltrane and the other great sax men of the bop era, none of them had the same relaxed, airy understanding of Monk's geometric-by-way-of Zen compositions the way Rouse did. The clarity of the sound in the Columbia recordings is also superior to the earlier material, if often less startling and edgy, and if Monk seemed mainstreamed (even making the cover of Time) during this period of his career, well, he never stopped being Monk. Riffin' collects ten tracks from his various Columbia releases to create an extremely brief sampler of Monk's tenure with the label, and while there's no quibbling about the selections, which include such gems as his brilliant miniature, "Crepuscule With Nellie," from the album Criss-Cross, or his amazing, awkward solo piano deconstruction of "Just a Gigolo" from Monk's Dream, or the wonderfully loose (for Monk, anyway) "Five Spot Blues" from the same release, the fact remains that Monk's particular genius can hardly be fairly represented in such a short collection. At 35 minutes, Riffin' is fine for a quick hello, but you'll want (and need) more, so it makes sense to just skip this sampler and pick up a more in-depth anthology of the Columbia years, or better yet, the individual albums, starting with Monk's Dream. ~ Steve Leggett

25%off
Thelonious Monk
'Round Midnight And Other Jazz Classics (CD)
$5.98 on Sale
Add to Cart

Maynard Ferguson
Master of The Stratosphere (CD)
$6.97 on Sale
Add to Cart

30%off
Thelonious Monk
Brillant Corners
$17.49 on Sale
Add to Cart