The House of Yes R 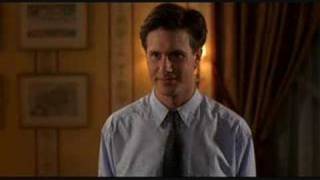 "Were you poor' Did you eat chicken pot pie'" JackieO (Parker Posey)
"I watch soap operas. I bake brownies. Normalcy is pulsing through my veins." JackieO

Sweet young Marty brings his ingenuous doughnut-shop waitress girlfriend, Lesly, home to meet his family at their opulent Washington D.C. mansion. But the Turkey Day goings-on are considerably less than wholesome, as Lesly discovers the moment she meets Marty's decidedly dysfunctional family, including his asylum-reject twin sister, Jackie-O, whose hobbies include incest and reenacting the JFK assassination with prop blood and her brother as victim. Though a smash at the predominantly independent Sundance Film Festival, this effort was bankrolled by Spelling's sitcom magnate dad, Aaron. Based on the eponymous stage play by Wendy MacLeod.

Family Interaction | Psychodrama | Stage Play | Disturbing | Mental Illness | Theatrical Release
This product is made-on-demand by the manufacturer using DVD-R recordable media. Almost all DVD players can play DVD-Rs (except for some older models made before 2000) - please consult your owner's manual for formats compatible with your player. These DVD-Rs may not play on all computers or DVD player/recorders. To address this, the manufacturer recommends viewing this product on a DVD player that does not have recording capability.

Your Friends & Neighbors
$9.98 on Sale
Add to Cart

Running with Scissors
$5
Add to Cart