Warren Oates portrays the non romantic ex-P.I., who ditches his rent-a-cop job to return to sleuthing. His first gig: meet a woman arriving at L.A.'s Union Station. But it turns out there's more to the job, a lot more. Like keeping them alive!

590 ratings
Currently Out of Stock: We'll get more as soon as possible
Notify Me When Available
Add to Wishlist
Format:  DVD-R
item number:  FFRY
91% recommend us! 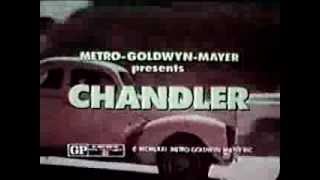 Detectives - some officers of the law, some outside the law and all of them modern knight errants caught up in a jigsaw puzzle of death and dark deeds - were out in force on 1971 screens in Dirty Harry, The French Connection, Get Carter, Klute, Shaft and in the lesser-known but intriguing tale of hard-luck, old-school shamus Chandler. Warren Oates (The Wild Bunch) portrays the non romantic ex-P.I. (the name is an homage to detective novelist Raymond Chandler), who ditches his rent-a-cop job to return to sleuthing. His first gig: meet a woman (Leslie Caron) arriving at L.A.'s Union Station. But it turns out there's more to the job, a lot more. Like keeping the woman and himself alive.

In this murder mystery, a private investigator falls for the former mistress of a racketeer who is slated to be a witness for the state. He is supposed to be quietly guarding her.

Mystery | Murder | Detective | Crime | Love | Criminals
This product is made-on-demand by the manufacturer using DVD-R recordable media. Almost all DVD players can play DVD-Rs (except for some older models made before 2000) - please consult your owner's manual for formats compatible with your player. These DVD-Rs may not play on all computers or DVD player/recorders. To address this, the manufacturer recommends viewing this product on a DVD player that does not have recording capability.