A searing exposé of the secret lives of closeted gay politicians 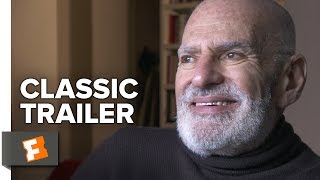 With OUTRAGE, provocative documentarian Kirby Dick (THIS FILM IS NOT YET RATED) confronts his most controversial topic yet. In his latest piece of cine-journalism, Dick exposes what he deems to be the rampant, hypocritical homophobia that exists in an American government that is, in fact, teeming with closeted homosexuals. Dick brings an impassioned and well-reasoned eye to his material, which should have viewers on the more conservative side of the fence paying closer attention than they would have had he taken a more blustery approach. As it stands, OUTRAGE is an illuminating, stirring call to arms. Dick interviews the political community's most prominent gay figures--including former New Jersey governor Jim McGreevey and Congressman Barney Frank--as well as many others (radio DJ Michelangelo Signorile, blogger Michael Rogers, and writer/activist Larry Kramer), who share their own thoughtful insights into just how deeply the personal and political corruption runs. In what is clearly the most controversial aspect of the film, Dick makes a case for the homosexuality of several politicians who continue to deny it (most notably, former Idaho senator Larry Craig and current Florida governor Charlie Crist). But OUTRAGE is by no means a finger-wagging witch-hunt--Dick's intention is not to ruin the life of anyone. Like McGreevey, who lived through his own personal years of torment, he believes that everyone would be better off if they acknowledged who they are, in public and in private.

The Blonde One
$19.40 Super Savings
Add to Cart

Client 9: The Rise and Fall of Eliot Spitzer
$6.98 on Sale
Add to Cart