8.2K ratings
Currently Out of Stock: We'll get more as soon as possible
Notify Me When Available
Add to Wishlist
Format:  DVD
sku:  LMTB 10906D
92% recommend us! 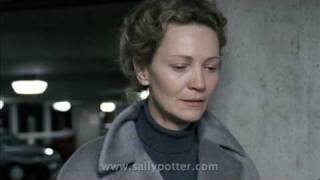 Oscar nominee Joan Allen gives a remarkable performance in Sally Potter's YES, an extraordinary look at love and politics set in London, Belfast, Beirut, and Havana. Allen stars as an unnamed Irish-American scientist disillusioned with her marriage to Anthony (Sam Neill), who is more interested in his political job--and other women. Fed up with his affairs, she falls for an unnamed Arab cook (Simon Abkarian) and begins a torrid sexual relationship with him. A successful molecular biologist, she also puts her life under a microscope, but she is afraid to go after what she really wants. Meanwhile, her lover is much more open about the things he used to have when he was in Lebanon, reduced now to working in a British kitchen in order to barely survive; he comes to resent that she pays for everything in their romance, leading to tension and extreme situations. Writer-director Potter (ORLANDO) shows a sharp eye for the human condition and the fragility of love in this unusual and extraordinary film in which all of the characters speak in iambic pentameter. In addition to mixing in different styles, including slow motion, grainy shots, and freeze frames, Potter has a series of maids, especially the one played by Shirley Henderson, face the camera, reacting to what is going on around them. Henderson often addresses the audience, humorously pointing out that no matter how thorough people are, there is still always a little dirt to be cleaned up.