Year of the Gun R 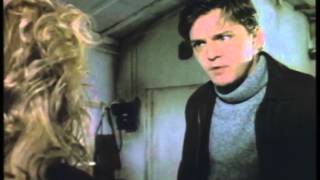 Andrew McCarthy stars as freelance journalist David Raybourne in John Frankenheimer's adaptation of Michael Mewshaw's novel. The film is set in 1978 Rome, the time of the terroristic Red Brigade, and David is in the midst of writing a novel involving terrorist characters. He meets a number of journalists and photographers through his connection to the city's English-language newspaper, among them Lisa Spinelli (Valeria Golino), a journalist with inherited wealth, and Alison King (Sharon Stone), a well-known photographer. He falls in love with Lisa, slowly becoming aware that she may be involved with the terrorists. Seemingly by accident, his novel falls into the hands of the Red Brigade, and its plot, which revolves around the assassination of an Aldo Moro-like figure, bears an eerie similarity to the group's plans for the Italian prime minister. Since he has humorously named many of the characters after his local friends, his book may create problems for them. However, no one, least of all the Red Brigade, seems to believe his claims of ignorance and innocence. YEAR OF THE GUN is an interesting stab at a Hitchcockian wrong-man thriller, with Sharon Stone and Valeria Golino fun to watch as they chase around the beautifully photographed Rome locations.

All the President's Men
$10.90 Spring Sale
Add to Cart

28%off
Night Falls on Manhattan
$6.50 Super Savings
Add to Cart