A collection of exciting short subjects produced by the Armed Forces during World War II, including 'Wings Up' starring Major Clark Gable! 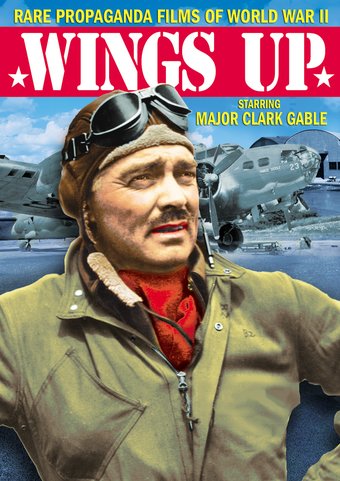 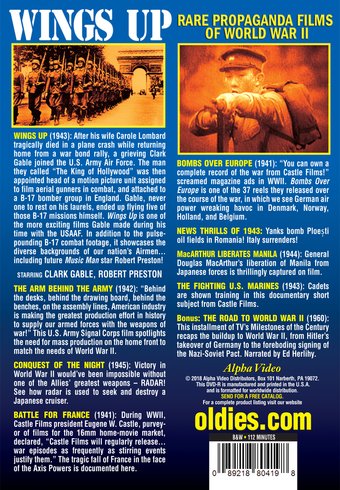 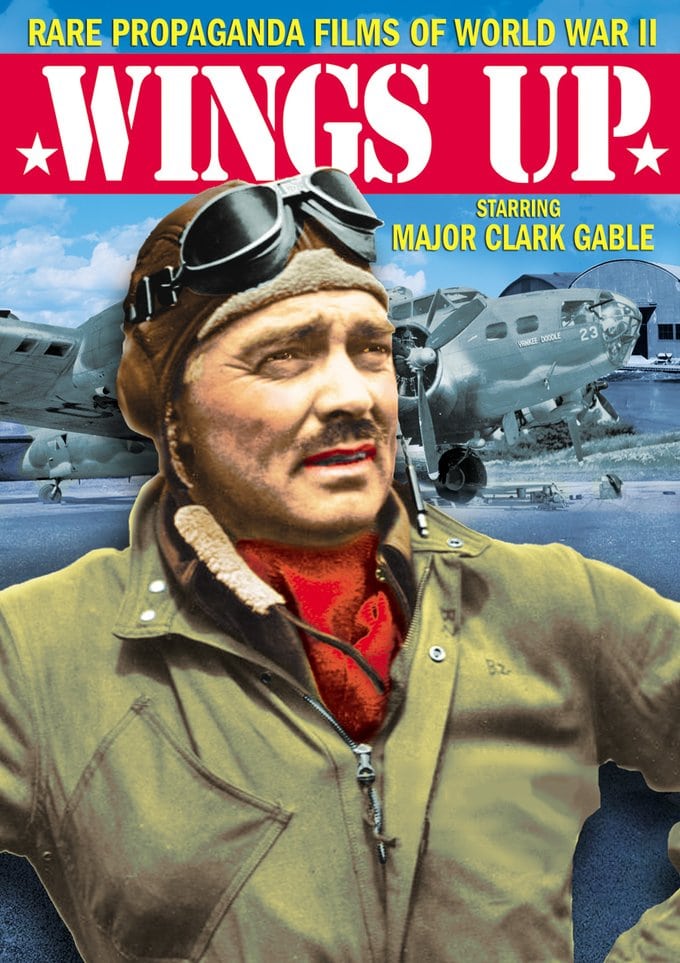 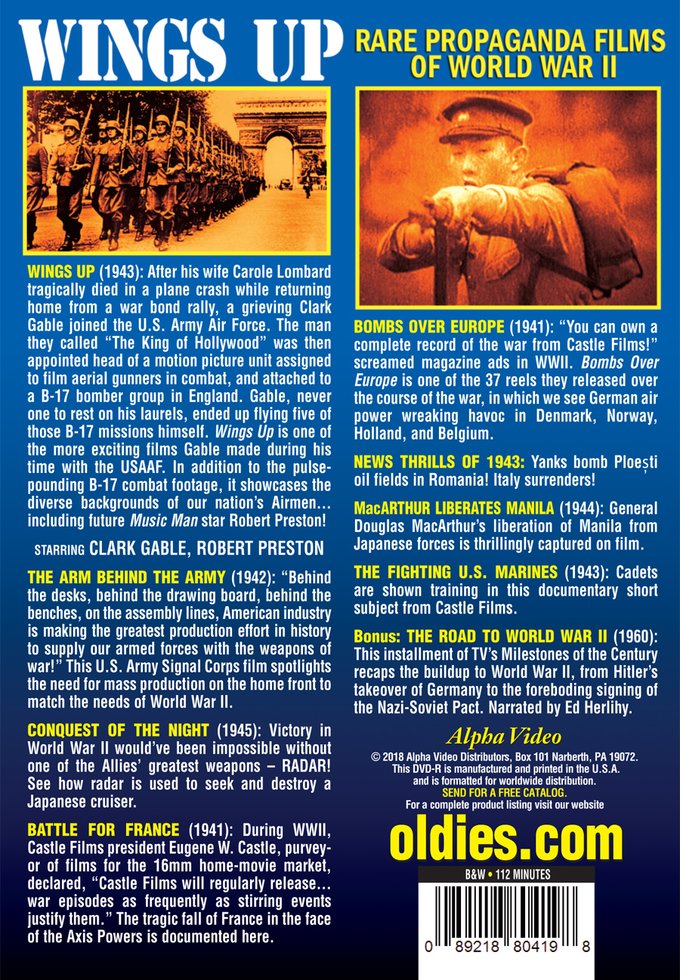 WINGS UP - 1943: After his wife Carole Lombard tragically died in a plane crash while returning home from a war bond rally, a grieving Clark Gable joined the U.S. Army Air Force. The man they called "The King of Hollywood" was then appointed head of a motion picture unit assigned to film aerial gunners in combat, and attached to a B-17 bomber group in England. Gable, never one to rest on his laurels, ended up flying five of those B-17 missions himself. Wings Up is one of the more exciting films Gable made during his time with the USAAF. In addition to the pulse-pounding B-17 combat footage, it showcases the diverse backgrounds of our nation's Airmen...including future Music Man star Robert Preston!

THE ARM BEHIND THE ARMY - 1942: "Behind the desks, behind the drawing board, behind the benches, on the assembly lines, American industry is making the greatest production effort in history to supply our armed forces with the weapons of war!" This U.S. Army Signal Corps film spotlights the need for mass production on the home front to match the needs of World War II.

CONQUEST OF THE NIGHT - 1945: Victory in World War II would've been impossible without one of the Allies' greatest weapons – RADAR! See how radar is used to seek and destroy a Japanese cruiser.

BATTLE FOR FRANCE -1941: During WWII, Castle Films president Eugene W. Castle, purveyor of films for the 16mm home-movie market, declared, "Castle Films will regularly release...war episodes as frequently as stirring events justify them." The tragic fall of France in the face of the Axis Powers is documented here.

BOMBS OVER EUROPE -1941: "You can own a complete record of the war from Castle Films!" screamed magazine ads in WWII. Bombs Over Europe is one of the 37 reels they released over the course of the war, in which we see German air power wreaking havoc in Denmark, Norway, Holland, and Belgium.

THE FIGHTING U.S. MARINES - 1943: Cadets are shown training in this documentary short subject from Castle Films.

BONUS: THE ROAD TO WORLD WAR II - 1960: This installment of TV's Milestones of the Century recaps the buildup to World War II, from Hitler's takeover of Germany to the foreboding signing of the Nazi-Soviet Pact. Narrated by Ed Herlihy.