Hawkeye And The Last of The Mohicans Volume 7

Four thrilling adventures from the vintage TV series based on the classic by James Fenimore Cooper. 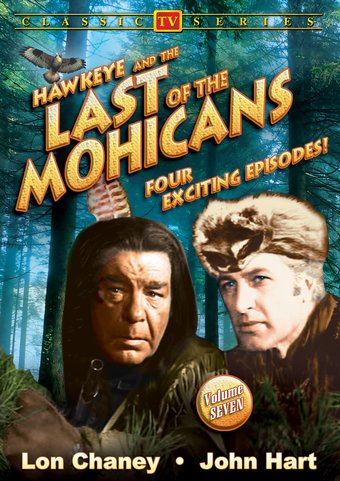 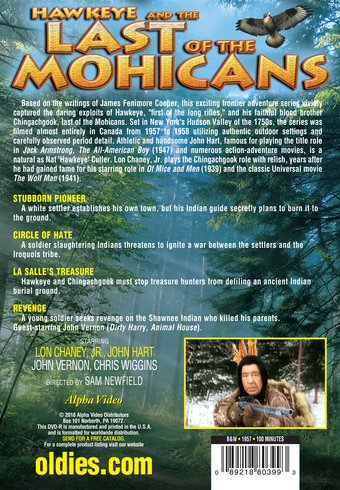 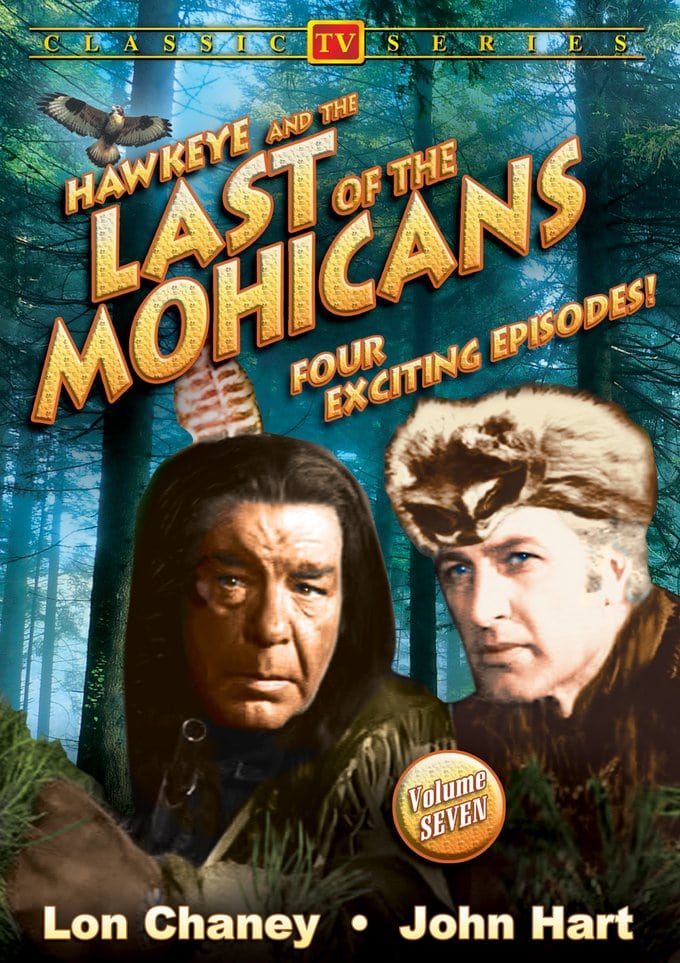 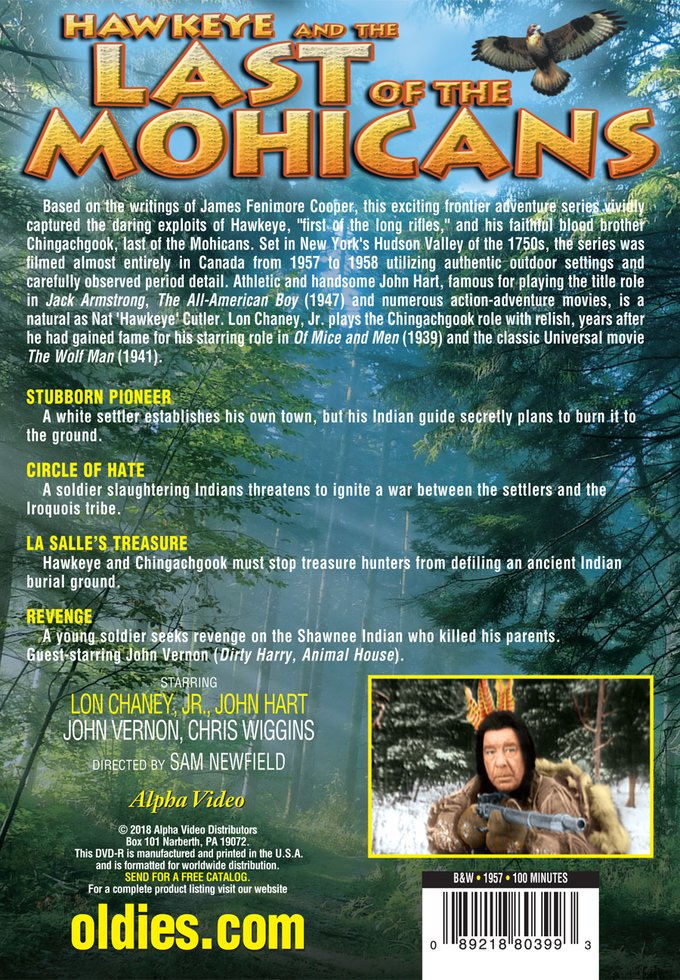 Based on the writings of James Fenimore Cooper, this exciting frontier adventure series vividly captured the daring exploits of Hawkeye, "first of the long rifles," and his faithful blood brother Chingachgook, last of the Mohicans. Set in New York's Hudson Valley of the 1750s, the series was filmed almost entirely in Canada from 1957 to 1958 utilizing authentic outdoor settings and carefully observed period detail. Athletic and handsome John Hart, famous for playing the title role in Jack Armstrong, The All-American Boy(1947) and numerous action-adventure movies, is a natural as Nat 'Hawkeye' Cutler. Lon Chaney, Jr. plays the Chingachgook role with relish, years after he had gained fame for his starring role in Of Mice and Men (1939) and the classic Universal movie The Wolf Man (1941).

STUBBORN PIONEER: A white settler establishes his own town, but his Indian guide secretly plans to burn it to the ground.

CIRCLE OF HATE: A soldier slaughtering Indians threatens to ignite a war between the settlers and the Iroquois tribe.

25%off
Hawkeye And The Last of The Mohicans - Volume 5
$5.95 on Sale
Add to Cart
(2)
Film Collectors & Archivists: Alpha Video is actively looking for rare and unusual pre-1943 motion pictures, in good condition, from Monogram, PRC, Tiffany, Chesterfield, and other independent studios for release on DVD. We are also interested in TV shows from the early 1950s. Share your passion for films with a large audience. Let us know what you have.
How to Order
Shipping Rates & Options
International Shipping
Return Policy
Request a FREE Catalog
Order Items by Catalog
View Catalogs Online
Safe Shopping Guarantee
Buy a Gift Certificate
About OLDIES.com
Customer Reviews
Contact Info
Privacy Policy
Send Feedback
Login
Forgot Password?
Sign Out
Email Subscriptions
Redeem Gift Certificate
To place an order or for customer service, call toll-free 1-800-336-4627 or outside the United States, call 1-610-649-7565
Open Monday-Friday: 9am-9pm, Weekends: 11am-7pm (Eastern Time)
Se habla Español! Spanish-speaking representatives available, Monday-Friday: 9am-5pm (Eastern Time)
Portions of this page © 2022 TiVo Corporation. For personal non-commercial use only. All rights reserved.
© 2022 OLDIES.com and its affiliates and partner companies. All rights reserved.