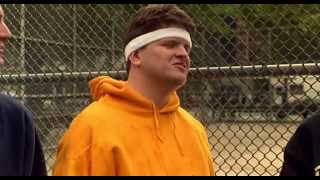 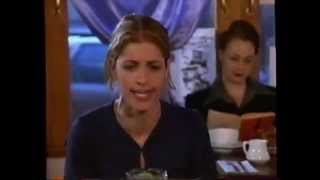 Things get a bit stressful for the three college pals--all in their twenties--when, after confessing to each other that they have each met the woman who can stop them from womanizing, they discover that they have all been seduced by the same woman. She is Mia (Amanda Peet), a formidable beauty who can be as sexually casual as any man she meets. The three men attempt to work out a solution for their problem. Meanwhile, the pathetic fourth member of their gang, married and overweight Eric (Judah Domke), becomes their romantic advisor.

Obviously influenced by the vulgar-chic style of movies that began with THERE'S SOMETHING ABOUT MARY, Cohen's tale spares no one and leaves no bodily secretion unrevealed as it takes a humorous look at dating in the big city and the casualties that are often its result. Using New York locations to good effect, director Cohen achieves a look that is as raw as the humor on display.

Four college buddies get together once a week to discuss their recent sexual exploits. Things get complicated when they realize they've begun to chase the same girl, the beautiful Mia (Amanda Peet). As they find themselves battling with each other for Mia's affection, they begin to question their past actions, wondering who will walk away with the grand prize. Peter M. Cohen's film is a funny, insightful take on mating in the modern world.

16%off
Buffy the Vampire Slayer
$8.40 Super Savings
Add to Cart