The Talk of the Town 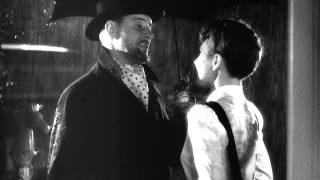 George Stevens' last film with Cary Grant represents yet another hit in his string of classic comedies. Grant stars as Leopold Dilg, a political activist who is wrongly indicted for arson and murder when a factory worker dies in a mill fire in the town of Sweetbrook. Believing that he'll be executed if he remains in jail, he escapes and breaks into a cottage that schoolteacher Nora Shelley (Jean Arthur) is preparing for Professor Michael Lightcap (Ronald Coleman), the dean of a law school. She allows Grant to stay in the attic, without alerting the professor. The next day, a reporter arrives to question Lightcap about Dilg's case, along with Sam Yates (Edgar Buchanan), Dilg's lawyer, who comes at Nora's behest. Since Yates and Lightcap know each other from law school, Yates asks Lightcap's help in defending his client, who he claims to have been framed. The professor refuses, intent on writing a legal treatise. Before Yates leaves, he persuades Nora to house Dilg, who she introduces to Lightcap as a gardener. Before long, the professor begins to realize that the gardener is well versed in the intricacies and inequities of the U.S. legal system. Stevens' entertaining romantic triangle, in which the atmosphere of legal debate is leavened by wit, and low comedy, is brilliantly played by all, especially an atypically dark and impulsive Grant. The director's characteristically deft touch with comic business is evident throughout the film.

In this Hollywood classic, a perky young woman comes to the aid of a factory worker being tried for arson and murder. Hilarity, mishap and romance ensue.

The More the Merrier
$13.10 Super Savings
Add to Cart